Skip to content
Trusted By Millions
Independent, Expert Android News You Can Trust, Since 2010
Publishing More Android Than Anyone Else
12
Today
162
This Week
12
This Month
4748
This Year
122319
All Time If you purchased the HP Chromebook 11, you probably know that their sales were halted last month due to several reported incidences of their USB Charger overheating to 140-degrees Fahrenheit and actually melting and causing some damage. At that time, Google was working with the Consumer Product Safety Commission to bring about a resolution to the problem, and they just issued a formal recall:

This recall involves chargers that were sold with the HP Chromebook 11. The charger is black with outlet pins, measures 1¾ inches by ¾ inches, and has a 6-foot long cord with a micro-USB connector on the end. The model number of the charger is MU15-N1052-A00S, which is stamped on the face of the battery charger that has the outlet pins.

Google has received nine reports of chargers overheating and melting during use. There is one report of a small burn to a consumer and one report of minor property damage to a pillow from an overheating charger.
Remedy

Consumers should immediately stop using the recalled charger for the HP Chromebook 11 and contact Google for a free replacement charger.

Best Buy stores nationwide and online at Amazon.com, bestbuy.com, Google Play at play.google.com, and HP Shopping at shopping.hp.com from October 2013 through November 2013 and included with the Chromebook 11 which sold for about $280. 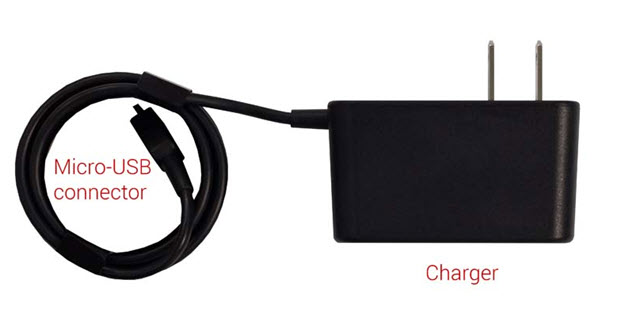 Google has issued their own statement and offers a link to get your free replacement charger and plug and that they resuming sales of the HP Chromebook 11 with a newer charger:

“With guidance and approval from the CPSC and other regulatory agencies, Google and HP are recalling the original charger for the HP Chromebook 11. Customers should visit http://chromebook.com/hp11chargerform to request a free replacement charger. We apologize again for the inconvenience this has caused. Your safety is our top priority. With our partner HP, we are resuming sales of the HP Chromebook 11. All new packages will include the replacement charger.”

Let us know on our Google+ Page if you purchased one of HP’s Chromebook 11’s and if you had any issues with yours, we would love to hear about your experience and if you were able to get your free replacement from Google with no hassles. It is nice to know that it was only the plug and not the Chromebook itself – not that ANY problem like this is a good thing, but better a replaceable charger than the device itself.