Google's onboard keyboard app is usually not very customizable, choosing to forfeit options that might alter the look and instead opt to focus on such things like a mainstream design that follows the current Android version the keyboard is from. We've seen all kinds of color schemes roll through Android during the different versions of the OS, from the Gingerbread Green, to the dark hued blue of Honeycomb. The most recent color scheme Google has chosen to take up though is white, representing the UI design they were going for with Android 4.4 kit kat. Their newest update to the Google Keyboard app however has changed that a bit, in allowing you to enter advanced settings and customize the color scheme of the keyboard, by altering the color of the gesture trail when using the gesture typing. 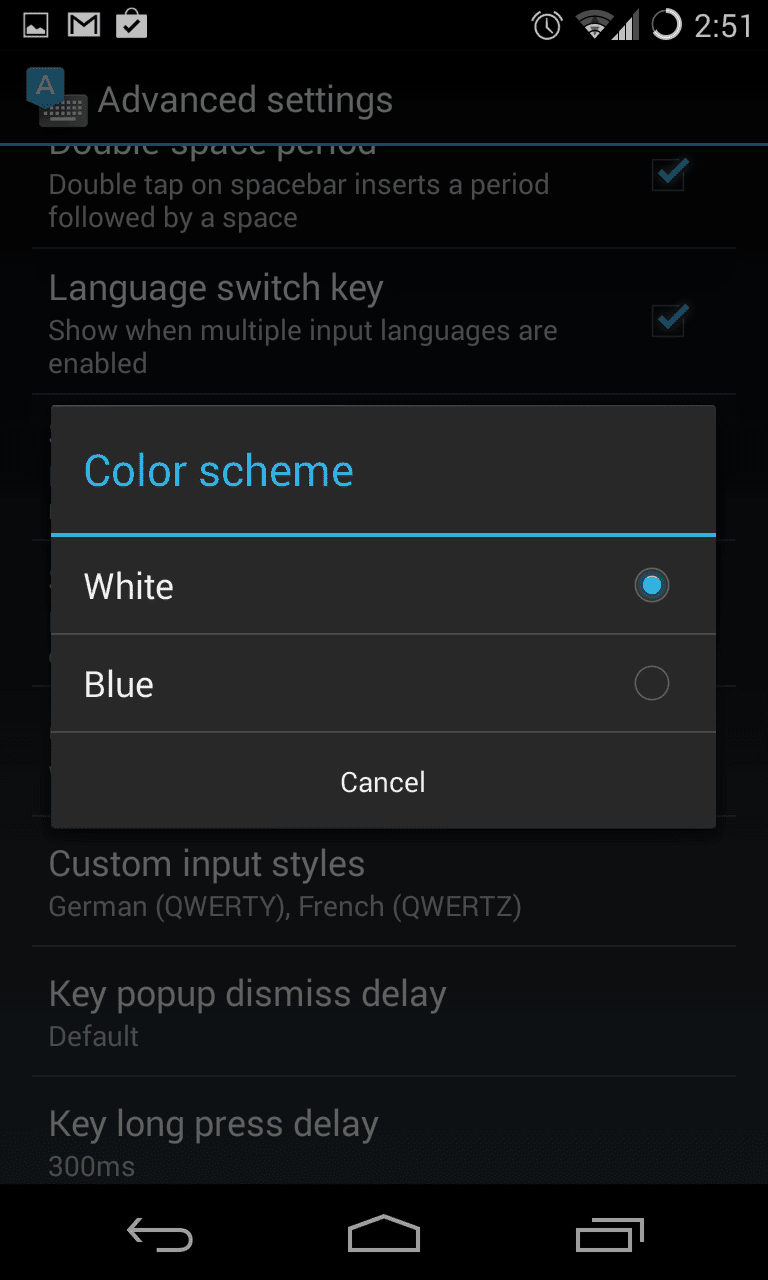 This new option set for users is not too extensive, as it only allows you to choose between the default white color of kit kat or go back to the blue color that we saw through Ice Cream Sandwich and Jelly Bean. Still, even though the custom color picker is a minimal change, its a nice one that more than a few users are probably happy to have. 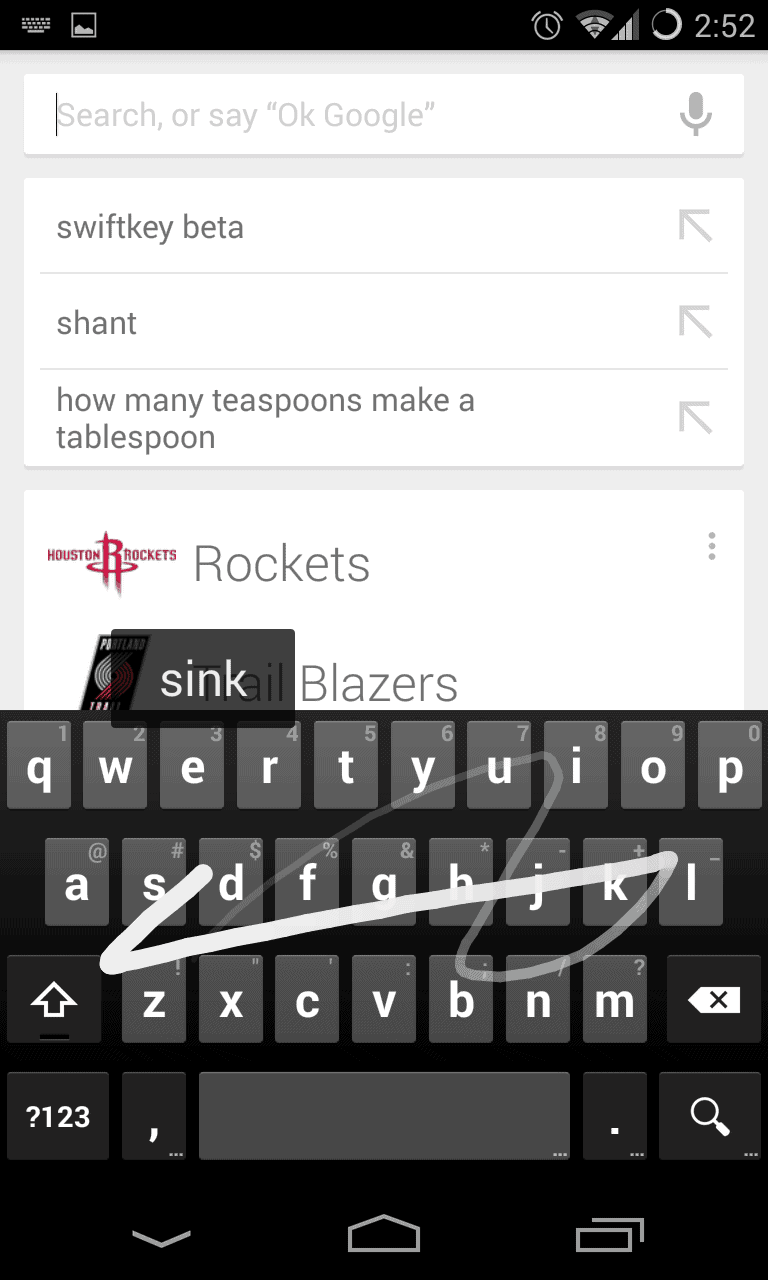 Up until now, if you wanted to customize the look of your keyboard, whether it be the entire keyboards design or just something as simple as the color like in today's update, you had to go with an aftermarket one like, GO keyboard, Swiftkey, etc. Now that users have the option to keep things simple and have a little bit of customization with the stock keyboard, more people might choose to stick with it. 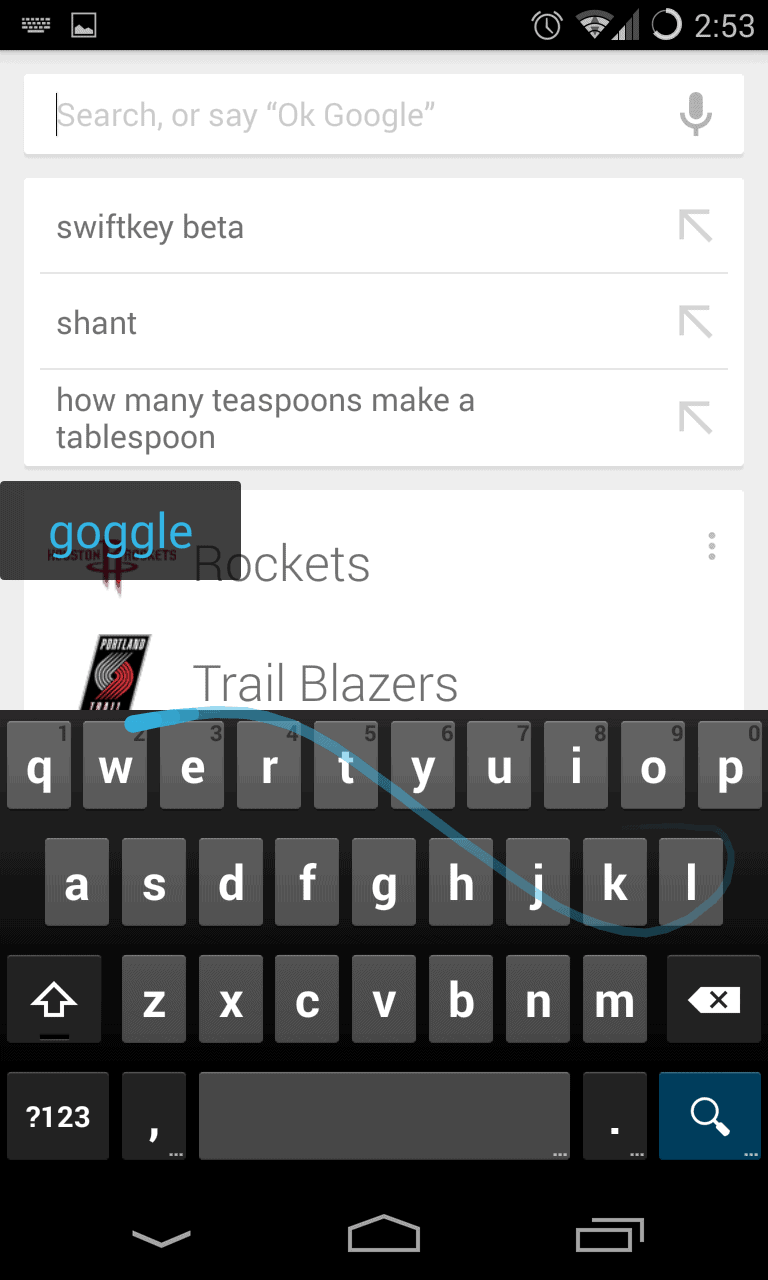 It has been quite improved over the years, and its the most efficient and accurate its ever been. Along with the color picker, there have been some minor bug fixes and improvements to overall functionality of the Google Keyboard as well. The update is starting to hit devices, so if you have notifications turned off it won't show up in your status bar and you may want to check the "my apps" section inside the Play Store. Otherwise you can grab the download from the Android Headlines Mirror here. Cheers to Google and changes like these. Here's to hoping they add some other nice improvements like perhaps more colors.