Skip to content
Trusted By Millions
Independent, Expert Android News You Can Trust, Since 2010
Publishing More Android Than Anyone Else
9
Today
114
This Week
861
This Month
8150
This Year
125636
All Time 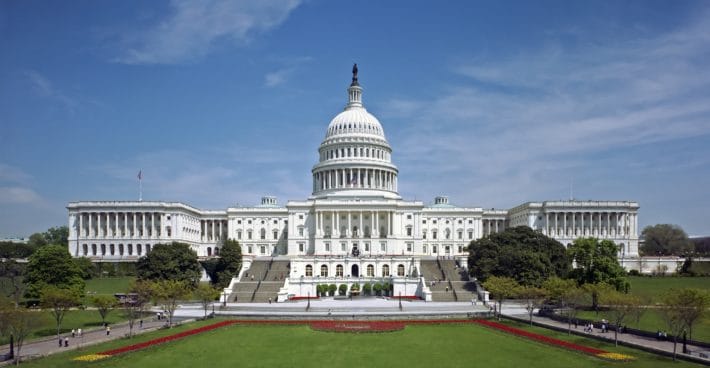 Congress passed a bill through the House of Representatives today that aims to punish patent trolls and put a stop to their patent trolling. The Innovation Act is backed by both Google and the White House and wants to put an end to companies and law firms that survive by filing intellectual property lawsuits based on patents they did not create or file for themselves. President Obama went so far as to say “They don’t actually produce anything themselves. They’re just trying to essentially leverage and hijack someone else’s idea to see if they can extort some money out of them,” in a Google+ Hangout that was held earlier this year.

The legislation covers a couple of key areas that these types of patent lawyers target. The goal of the bill is to close these loopholes and stop these types of lawsuits from being filed. Some patent holders are not happy with the bill, however. A Republican representative from Kentucky, Thomas Massie, told Businessweek that “The bill will have unintended consequences that the people who drafted it don’t yet see.” Massie also states that the bill will “weaken the patent system overall.” Most tech companies and major technology lobbying groups support the bill, however.

The Innovation Act would require plaintiffs to detail their complaints as well as reveal who they actually are. Right now, patent trolls can hide behind shell corporations and merely threaten lawsuits to try to force an out of court settlement. The bill would also make it easier for the defendants in these cases to recoup losses and legal fees in cases that they win. Under current law, patent trolls can hide behind shell corporations to avoid these fees. The legislation also allows technology vendors to fight on behalf of their customers in lawsuits over technologies like Wi-Fi or something similarly ubiquitous. Some patent trolls have gone so far as to sue hotels and coffee shops over their use of such technology, and this bill would let vendors stand in for smaller defendants.

Now that the Innovation Act has passed through the House, it will go to the Senate. It probably won’t get passed there until after the New Year.