As a Google Glass Explorer, one thing we have to look forward to are our monthly upgrades to our Glass. Our November Upgrade (XE11) included several nice features such as Google Music support and native GTK application support. Google has finally released XE12.

If you are a Google Glass owner, it is best to sit down, connect your Glass to WiFi, attach your charger and read below for a list of changes. Glass will automatically install the upgrade once your battery is above 60% and connected to a stable WiFi connection.

Although Google has not upgraded Glass to Kit Kat, The changelog for this upgrade is quite extensive. 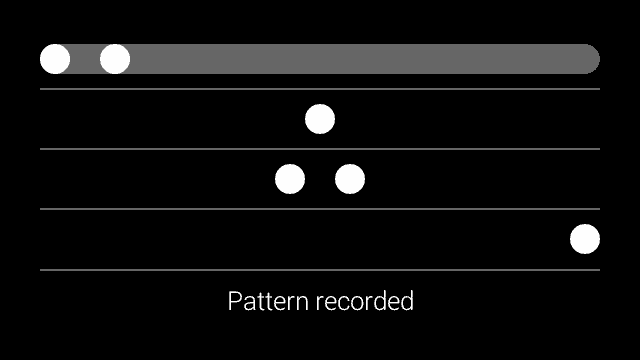 Google Glass now has a secure lock screen to prevent unauthorized access to your Glass unit. The setup process is similar to setting up a pattern unlock screen on your Android Device and is complete with animated videos showing you possible options.. Once setup, the lock screen is activated whenever Glass detects that it has been removed from your head. You must then unlock the screen by entering 4 gestures on the touchpad that can include any combination of taps, 2 finger taps, swipes and 2 finger swipes.

Unfortunately after playing around with this feature for a few minutes, I found the implementation of this clunky and annoying. It is hard to imagine that this adds much along the lines of security as the password entry is fully exposed to anyone who watches you enter your password. I wish Google would have opted to implement a more creative solution using Glass’s camera or voice patterns. 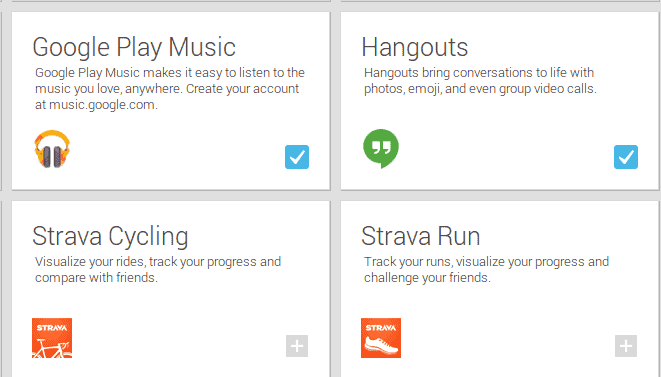 FINALLY! Glass owners can now respond to text based hangouts on Google Glass without jumping into a video call. Hangouts work exactly the same as they do on Android or GMail. Unfortunately there does not seem to be a fast way to initiate the hangout from Glass and it is missing a few features.

Note : You must setup hangouts via MyGlass in order to use this. Google has consolidated video conversations into Hangouts so this must be enabled, even if you just use Video calls.

Glass has always been able to post videos to Google Plus however one of the items that disappointed many explorers was the inability to post videos from Glass directly to YouTube. This all changes with XE12 as you can now share videos from YouTube directly from your Timeline. Google will even allow you to post videos as public or private directly from Glass. You will likely want to be connected to WiFi or be on an unmetered cell phone plan when using this as it can consume a large amount of data. 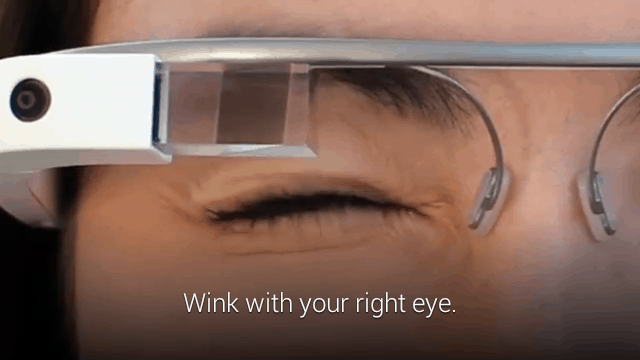 ***NOTE : This feature only works with the upgraded Glass XE-C, not the original Glass XE***

Have you ever wanted to snap a picture with a simple wink? Google Glass XE12 now open this possibility to the masses. In the past, there were third party solutions to accomplish this but it often required rooting your Glass and sideloading a few APK files.  Setting up this feature requires a calibration process to allow Glass to properly detect a wink from a blink. Many who are using this feature report that the Wink must often be over exaggerated in order to work properly.

If you wish to learn more about the Glass XE-C Model, please take a look at Google’s Swap Out Notice. 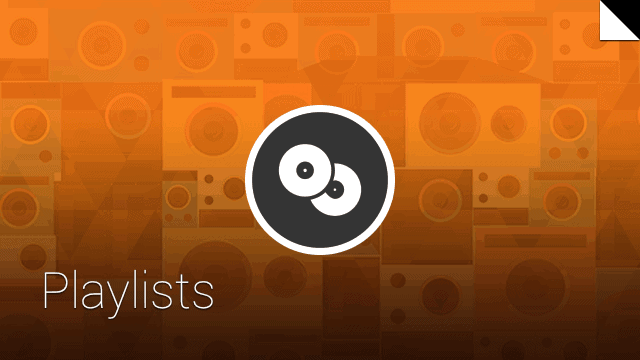 Google Play Music was officially launched a few weeks ago for Google Glass and it is by far one of my favorite features. Google has updated Glass to give it a few new menu options to access your Radio Stations or the “I’m Feeling Lucky” station. (Subscription to Google Play All Access is Required).

Unfortunately one feature that many have been begging for is a “Shuffle” feature for listening to playlists is still missing from Play Music. It should also be added that there is no offline mode, so make sure you are on WiFi or an unmetered mobile connection prior to using this.

We normally have rules about speaking about iOS on sites like this but I have been given special permission to mention it (Please Forgive Me). The MyGlass companion application that is a staple on Android Phones will be making an official appearance on iOS. The Application will be full featured so iOS Glass owners will no longer have a handicapped experience on their Google Glass. I would still strongly advise Glass explorers use Android for the best experience.

Google Glass has a demo mode that was designed to be used by any explorer who lets someone else test out their Glass. Demo mode was pre-populated with a lot of dummy data that allowed the guest to get the Glass Experience without giving access to personal data.

Whenever a text message is sent from Google Glass, it is automatically appended with the text “Sent Through Glass” with no option to turn this off. Google has announced that this feature will also hit the chopping block with the XE12 Upgrade.  No doubt several of my friends will likely appreciate this more then me.

The message will still remain on any email sent from Glass.

Many GDK based Glassware upgrades will need to be upgraded with the latest libraries to work on Google Glass. Google has posted instructions and developer specific changes to the Glassware Development Group. 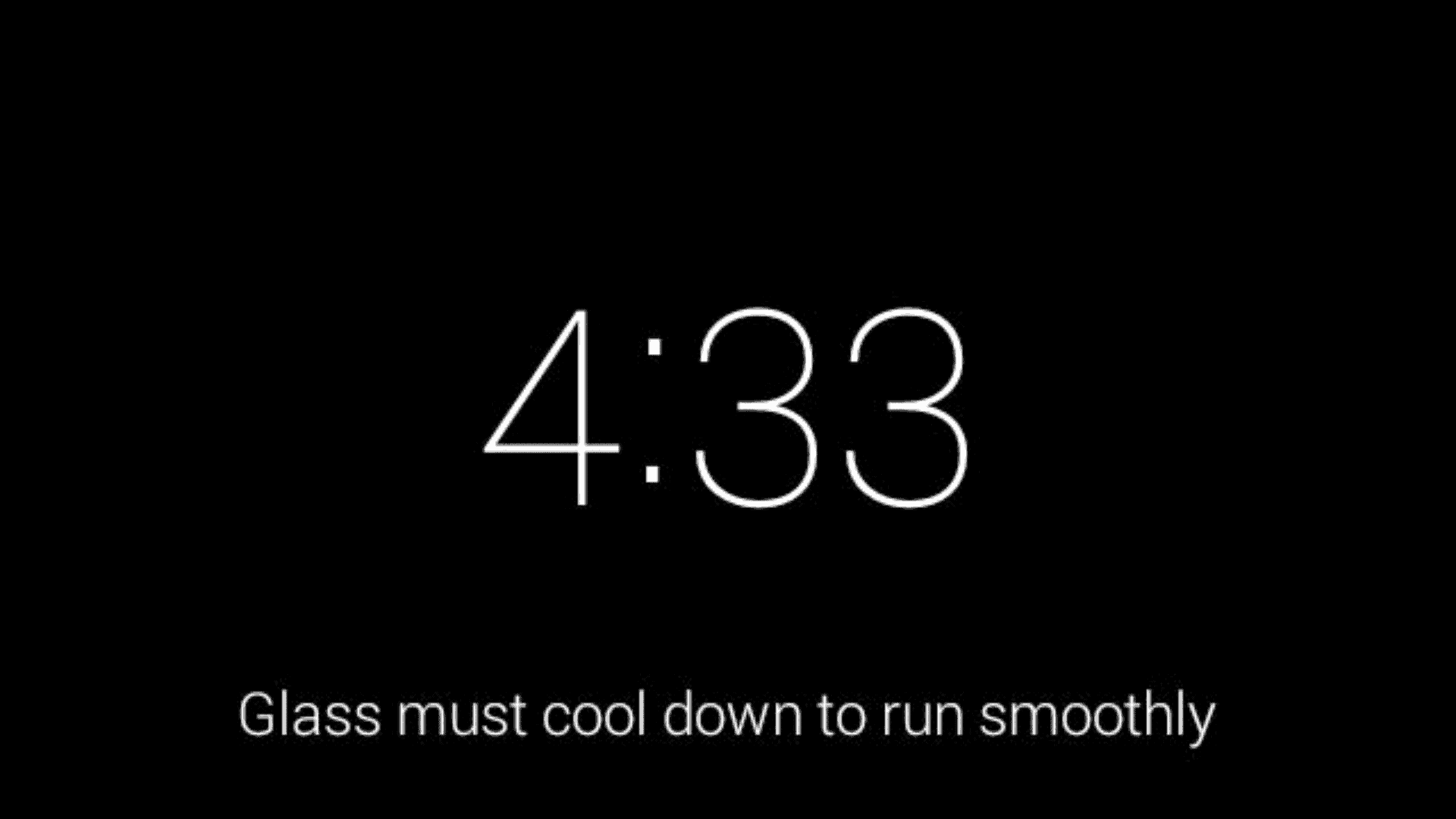 Glass Must Cool Down To Run Smoothly

There are times where Glass can get a little warm. This is especially noticed when watching videos on Glass or recording videos. XE12 seems to introduce a new feature that replaces the “Ok Glass” text with “Glass Must Cool Down To Run Smoothly”. This does not seem to prevent any actions from being performed.

As with every other Glass upgrade, the process is smooth and often happens without any user interactions. This upgrade is no exception. In total, the upgrade took 10 minutes and caused Glass to reboot twice.

Google often hides a few hidden features into each upgrade and we will report back once we find them.