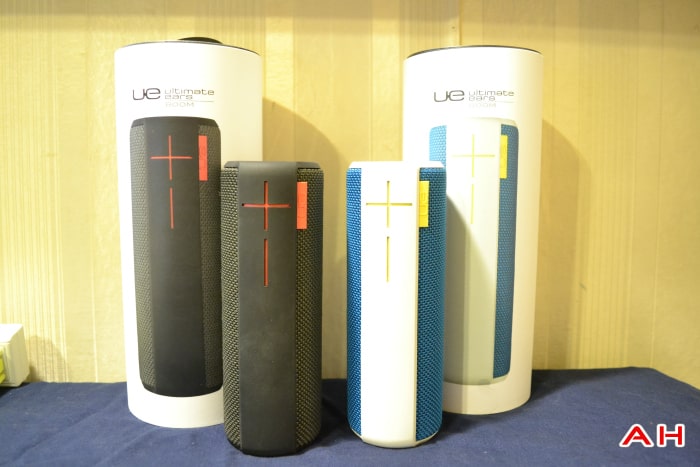 Lately, we've been reviewing quite a bit of Bluetooth Speakers around here. There's the HMDX Jam XT, the Supertooth Disco Twin, the Divoom Bluetune speaker and plenty of others. So I'll start off this review by saying this, I've never used a Bluetooth speaker that has impressed me as much as the UE Boom Speakers have. Pretty good teaser right? Honestly, these speakers really surprised me. I got them a little over a week ago, and have been using them for about 3-5 hours a day all week long, and they just won't die. Ultimate Ears boosts about 15 hours of battery life, that's continuous playback. But it seems like it's much more than that. Which is definitely not a bad thing.

The Boom speakers do use Bluetooth to connect to your phone, tablet or laptop, or really any other Bluetooth device. But it also has NFC built in. And as with the Supertooth Freedom Headphones, the UE Boom speakers allow you to pair your device with these speakers via NFC. Which is a great idea. Of course, if your phone doesn't have NFC, you can still do it the old fashioned way. The UE Boom speakers can connect to a device that is up to 50 feet away, which is a great thing. Most others are limited to about 30 feet. For those asking, the UE Boom does have a Speakerphone inside, so you can indeed take calls and use the speaker to do so.

The sound that comes from the UE Boom is pretty great. It's a pretty tall speaker, about 7-inches tall. Okay, so it's not that tall, but for a speaker it is. I was actually quite surprised by the sound that came out of these speakers. I honestly wasn't expecting it to be that good, but it is just that good. They also can get very loud without the sound becoming distorted. I normally kept the sound pretty low since I'm using them while trying to get some work done. But I found keeping the volume around halfway was pretty adequate, at least for indoors. Now these are not waterproof, which kind of sucks, but it's okay I guess. 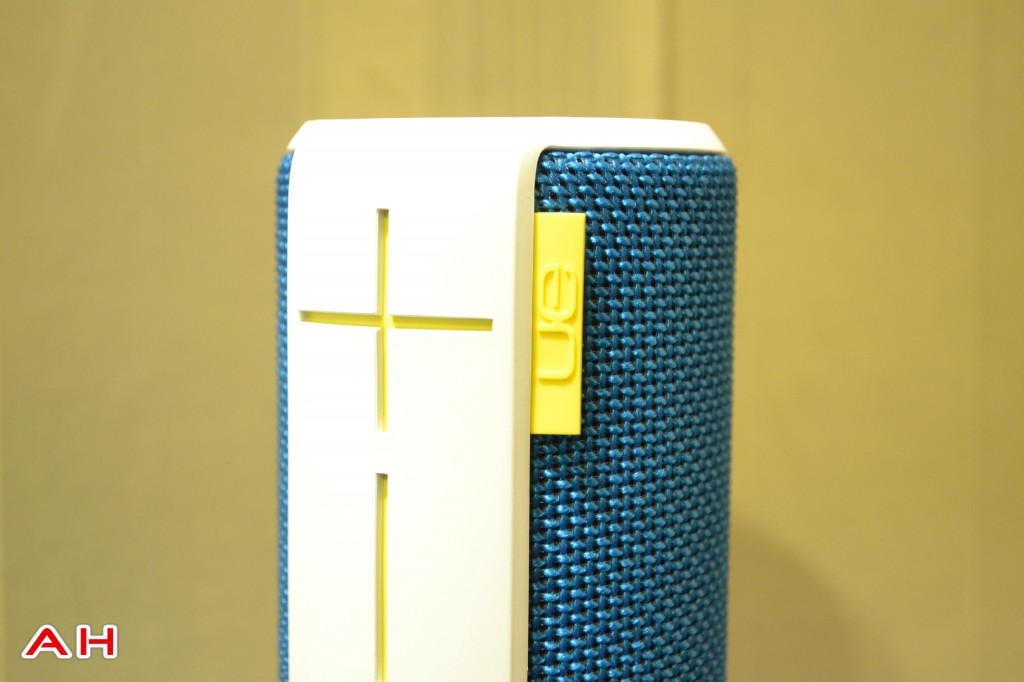 You probably noticed that I have two Boom speakers. Well that's because Ultimate Ears has this feature called Boom-to-Boom, which allows you to connect both speakers to your phone via their app. Which is available for both Android and iOS. They actually make it very easy to set it up and get both connected. I like to compare this to the Supertooth Disco Twin speakers, because you could connect both of those as well, but they weren't as easy to do. Basically you had to connect the main speaker, and wait for the second speaker to connect to that speaker. It was pretty hard to do, and the only thing I didn't like about those. But the UE Boom Speakers make it very easy to do.

So how much are these? Well they are about $200 each. Which yes it's kind of expensive, but I think it's worth every penny. Especially if you listen to a lot of music from your phone or tablet. We actually recommended these as one of our Android Holiday Gift Ideas last week. You can buy the UE Boom from Amazon (which is available for Amazon Prime shipping) and Ultimate Ears website.