Gaming on Android has become quite popular, and there are many games to suit just about every persons preferred type. The same can be said for gaming peripherals now, more specifically gampads. There are all different types of gamepads out there that are compatible with Android devices. Most of them are Bluetooth enabled, and use HID(Human Interface Device) to communicate with your phone or tablet. If you're in the market for a gamepad, the question remains, which one is right for you? Its true you have plenty of options and you should consider the best of them before you make your final decision. One you most definitely want to take a look at, is the Nyko Play Pad Pro. I have been using this controller for an extended period of time now, so I wanted to give you fine gamer folks who have yet to pick up a controller a review to help narrow down your choice. 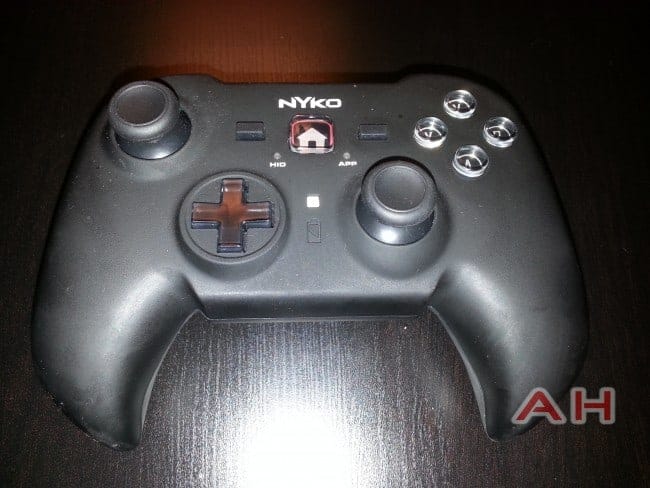 The first thing you ought to know about the Nyko Play Pad pro, is that its a full sized controller, so it feels comfortable in the hands and is likely going to feel more like holding your standard Xbox 360 or PS3 controllers, than a mobile device gamepad(closer to the Xbox 360 controller than anything). The biggest thing I have noticed so far about the Playpad Pro when holding it, is that I can use it to play games for hours, and my hands don't seem to cramp up nor start to feel sore in anyway. The same can't be said for other gamepads that I've used. The biggest reason why I think the Play Pad Pro is so comfortable to use, is because of its weight. Its extremely feather light compared to other gamepads, which makes it less cumbersome to hold in hand for long periods of time. 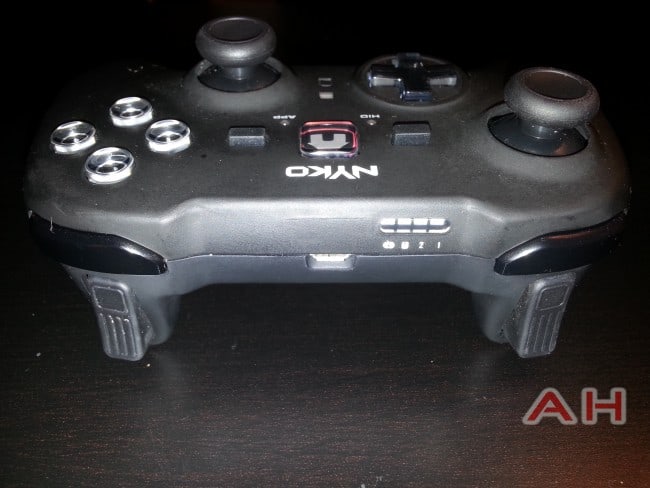 Aside from being comfortable to hold, its form factor is also rather pleasing. It is a tad smaller than the Xbox 360 controller(although not by much)which gives it good portability so you can fit it in just about any bag and take it with you anywhere. All the buttons you'd expect to have on a full featured controller are present, and the button placement is all but off. You'll find left and right trigger & bumper buttons up top, with your four button setup on the right, a D-Pad on the left, and dual joysticks for movement, as well as a start and select button. Each and every button seems to give excellent response, so you won't have to worry about pressing too hard to make the controller work as there seems to be just the right amount of feedback. The Dual Joysticks(which also click, giving you two extra buttons on top of all the others) also seem to have a wonderful response to movement and presses. Some might mistake the overall lightweight design as cheap feeling or low quality, so let me assure you this is not the case. 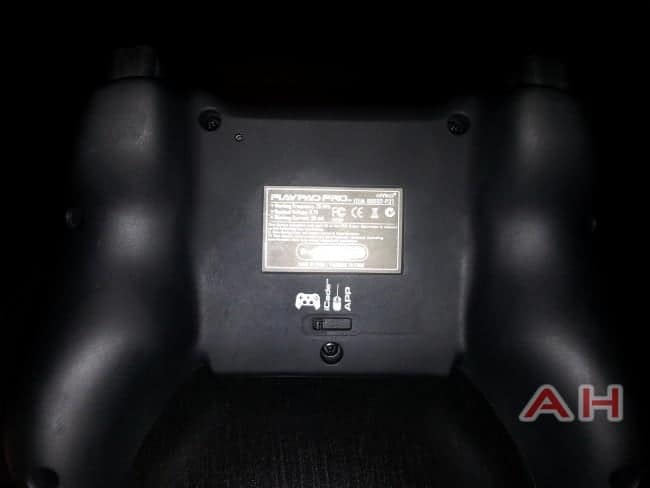 The age old conundrum when using a wireless controller is the next thing I wish to inform you about. Battery life. The battery on the Nyko Play Pad Pro is said to last about 30 hours on a full charge, so you can definitely expect to get plenty of use out of it. The Play Pad Pro houses an internal battery, which you can recharge via the micro USB port on the bottom of the controller. If you only play a couple of hours of games each day while using the Play Pad Pro, you shouldn't have to throw it back on the charger for about two weeks. That time may vary from user to user, but given the amount of time a full charge Nyko says the Play Pad Pro is rated for, that seems about right. My experience with battery life while using it has been around a week and half with a full charge. If you end up grabbing this controller, you can check your own battery status by the little battery life indicator, which is a battery shaped icon located on the front with the LED indicator light directly above it. 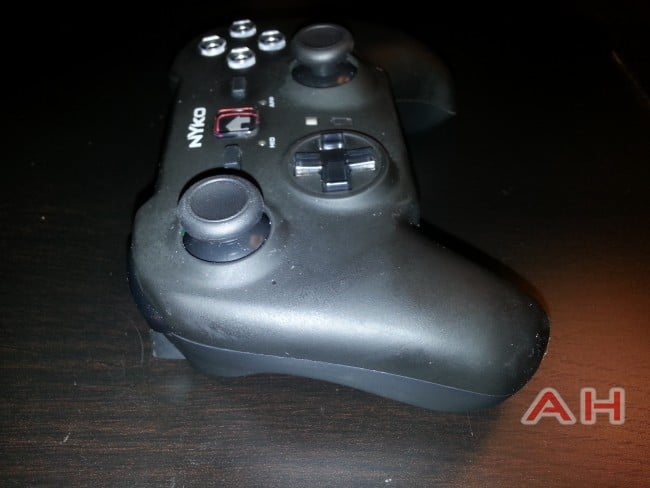 As far as compatibility goes, the Nyko Play Pad Pro is compatible with anything that runs Android 3.0 or higher, but if you want to take advantage of the button mapping features that the gamepad offers, you'll need to be running at least Android 4.0 Ice Cream Sandwich. The Play Pad Pro also has multiple use modes, so not only can it be used to map your controls for use with HID supported games, but there is a mouse mode as well, so if you want to navigate around your device like you would with a computer and a mouse, you can do so by flipping the switch on the back to the mouse icon, and use the joysticks as navigation, while the other buttons on the gamepad serve as your mouse buttons. 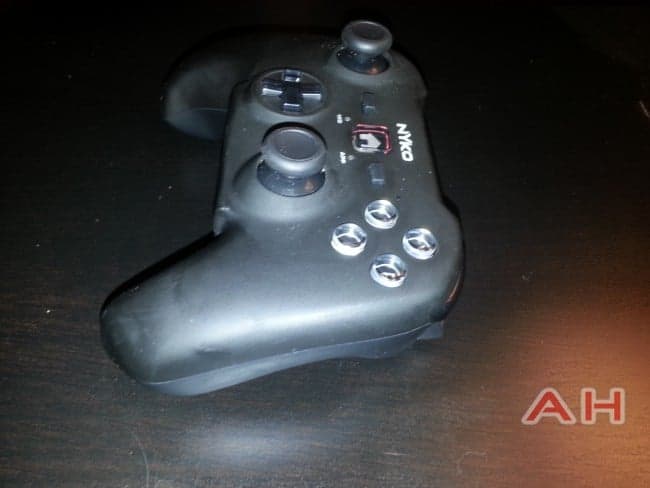 Overall, the Nyko Play Pad Pro is one of the best gamepads I have used, and at current it is my favorite gamepad to use with my Android devices. The price is nice too, which is less than most of the other gamepads that are out there that compare. If you want to pick up one of these lovely accessories and get your game on, you can grab one for only $39.99 right on Nyko's website, although if you do a little searching( and I really mean only a little searching) you'll find it for even less than that. The lowest from a major retailer so far seems to be Gamestop, which has it listed for $24.99. That s a pretty good deal for a controller of this caliber. 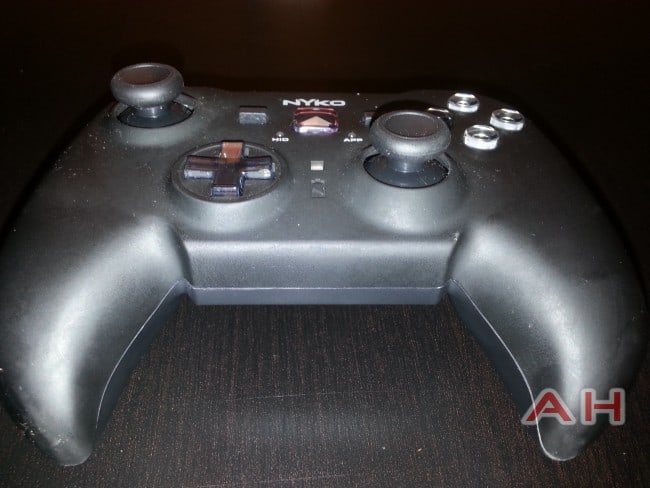 Nyko has been making gaming peripherals for a long time, so they know their stuff. If there's one downfall that I have to point out, it may be that it can't use the internal battery to charge your device like the MOGA Power series controllers, but other than that its a solid choice and will save you much more money. Christmas may be over already, but that doesn't mean you can't still gift yourself this awesome gaming accessory. Do you have a favorite gamepad that you like to use? What games do you generally play while using gamepads, and which do you prefer to use the touch controls with?

Trusted By Millions
Independent, Expert Android News You Can Trust, Since 2010
Publishing More Android Than Anyone Else
3
Today
146
This Week
606
This Month
1280
This Year
111390
All Time