Here we have the third iteration of the tablet that started the race to the bottom. Back in 2011, Amazon introduced the Kindle Fire starting at $200. Now 2 years later and 3 Kindle Fire iterations later, we've got a lot more competition in this space. Including Google's Nexus 7. How does the Kindle Fire HDX Stack up?

The Kindle Fire HDX is a confusing tablet. On one hand, you've got great hardware, and even and alright OS. Yes it's a fork of Android but so what? It works well and it's not overly complicated, at least in my opinion. But then you have this amazing tablet from Amazon with a Snapdragon 800 processor, a 2560×1600 resolution 8.9-inch display and 2GB of RAM, without Google services. Now this might not be a big deal to most of you, but for me, everything I use on my tablet is Google-related. Except Hulu Plus, Netflix, etc., you know the Chromecast stuff. So is the Kindle Fire HDX 8.9 a tablet you should buy? Especially since it's only $379, which is an amazing price for a tablet this size. We're going to dive through the Kindle Fire HDX and see if it's truly worth your hard earned money this holiday season.

Disclaimer: This is my first time using a Kindle, so I may say some things about the OS and Kindle Fire's in general that aren't new with the Kindle Fire HDX 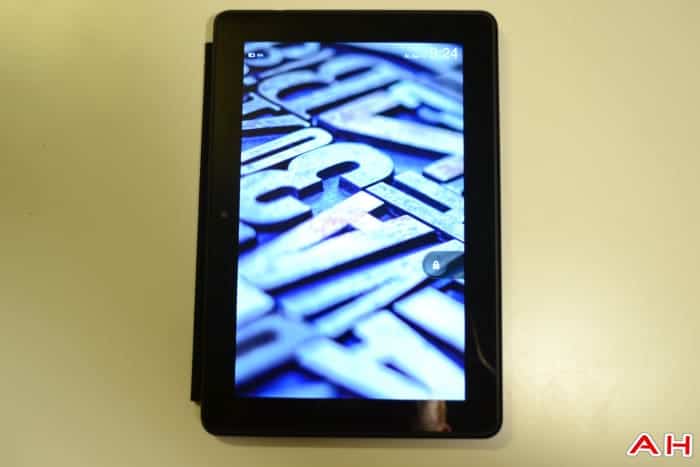 So the Kindle Fire HDX 8.9 has a 8.9-inch 2560×1600 resolution IPS display, along with 2GB of RAM, a Snapdragon 800 processor, 16GB of internal storage (32GB and 64GB options also available), WiFi 802.11 a/b/g/n (AT&T, and Verizon LTE models available too), 8MP camera on the back, with a front-facing camera, running on Jelly Bean although it is forked, along with an unmentioned battery size. It's a really nice tablet hardware-wise. In fact, I wouldn't even hesitate to spend $379 on it. But there's one reason why I haven't, and we'll go over that in the software section further down in this review.

On the hardware tour, we've got the beautiful 8.9-inch display on the front, along with the front-facing camera up top. There's a 3.5mm headphone jack on the right side, and the microUSB charging port on the left side. Flipping it over to the back you've got the volume rocker on the left-side and the power button on the right side, with the camera and flash up top. There are also speakers on either side up top on the back as well. I would have definitely loved it if Amazon had placed these speakers on the front. And there's also a nice Amazon logo on the back. The material on the back seems to be the same material as the Nexus 7 (2013), although up at the top there's the glossy plastic, which some of us love and others despise. 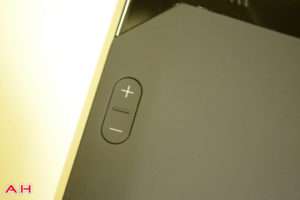 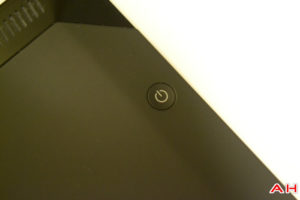 As far as the build quality goes, I think it's actually a pretty good device. It looks really nice as well. The Kindle Fire HDX is crazy light as well. I could easily use this at night while laying in bed and it not be too heavy after using it for a while. Unlike some of the older tablets, like the Transformer Prime from ASUS. However, I will say I'm not a fan of these big bezels. On the Nexus 7, I don't mind them too much, but on the Kindle Fire HDX, it makes the tablet much larger than it needs to be. But I'm sure Amazon will work on that on their next iteration of the Kindle Fire HDX. 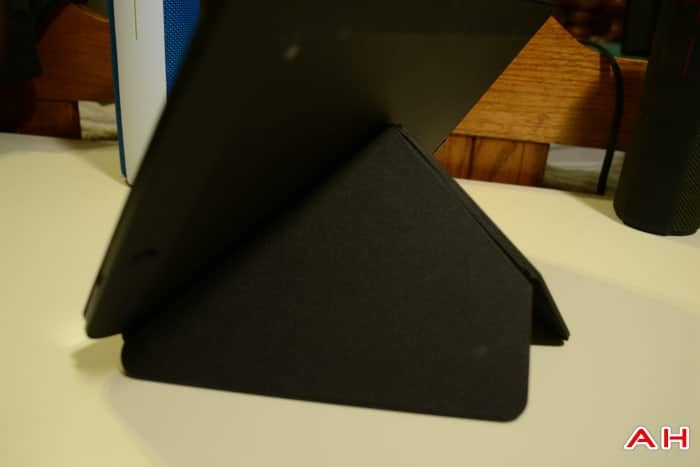 Amazon also sent me the Origami cover along with the review unit, to review with the Kindle Fire HDX. It's also a great cover. I really like that it's an origami cover. It basically acts like the smart covers Apple sells for their iPads, except it's origami and pretty cool. It doesn't really snap in place, but it does seem like it uses a magnet to stay in place. And does make it a bit harder to use the power and volume buttons. 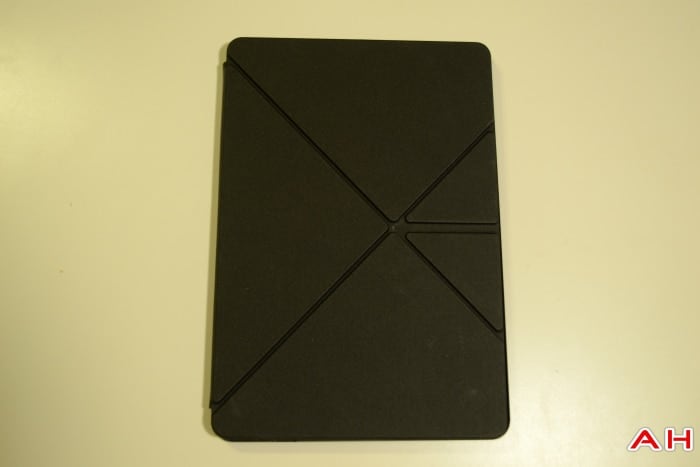 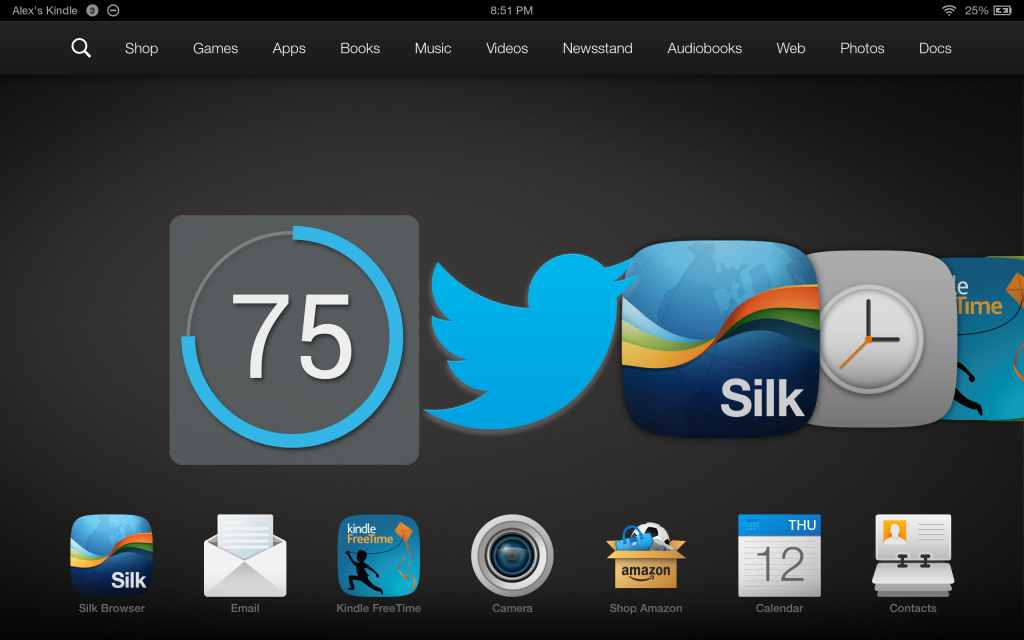 As I said in the disclaimer above, this is the first time I've ever used a Kindle device, so I'm brand new to their forked version of Android. Fire OS really doesn't look at that different this time around. When you first unlock the Kindle Fire HDX, you're greeted with the familar home screen. You've got the search icon, Shop, Games, Apps, Books, Music, Videos, Newsstand, Audiobooks, Web, Photos, and Docs across the top with your most frequently used apps in a carousel-like section in the middle. Swipe down and you'll find all the apps located on your device. 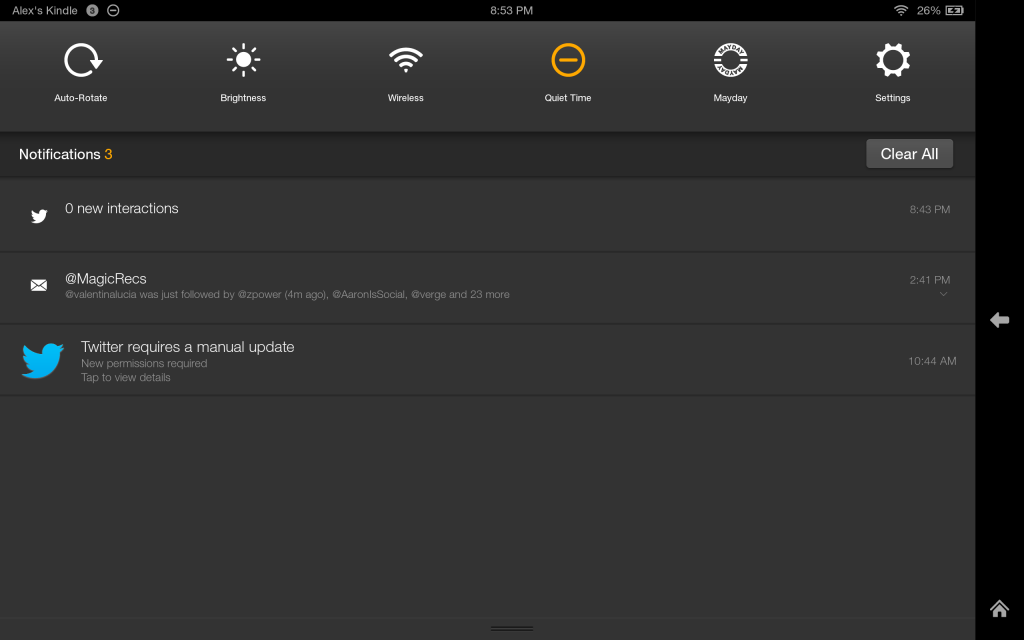 The notification panel isn't all that different either. Swipe down from the top and you've got a few quick toggles up top like Auto-rotate, Brightness, Wireless, Quiet Time, Mayday and Settings. Remember Mayday is the cool new on-demand helpdesk like feature for Amazon's Kindle Fire HDX. Once you click connect on the screen shown below, you'll be able to connect with Amazon's tech support, in case you have an issue with your Kindle Fire HDX. You'll be able to see your representative, but they cannot see you. Additionally they can immediately see your screen. So be careful what you have open on your Kindle Fire HDX when using Mayday. 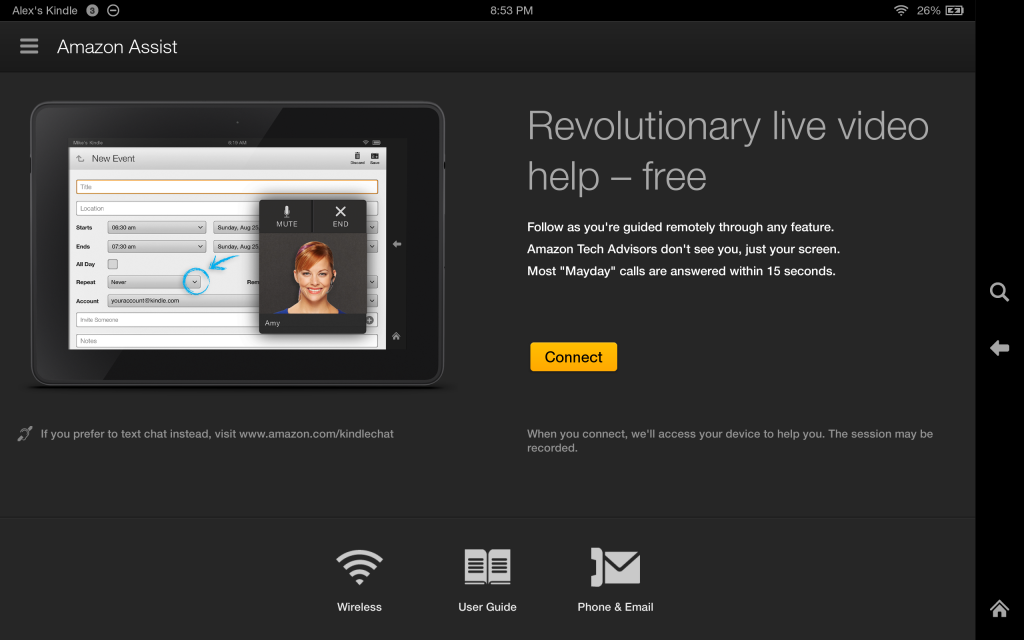 The keyboard is meh, nothing too special there. Unfortunately, not all the apps found on the Play Store are on the Kindle Fire HDX. For instance, I was searching for Dropbox, since I use the auto-upload for reviews, so screenshots go straight to my laptop and desktop without needing to plug the device into my computer to get the screens. But there's no Dropbox app on the Kindle Fire HDX. So there's that. 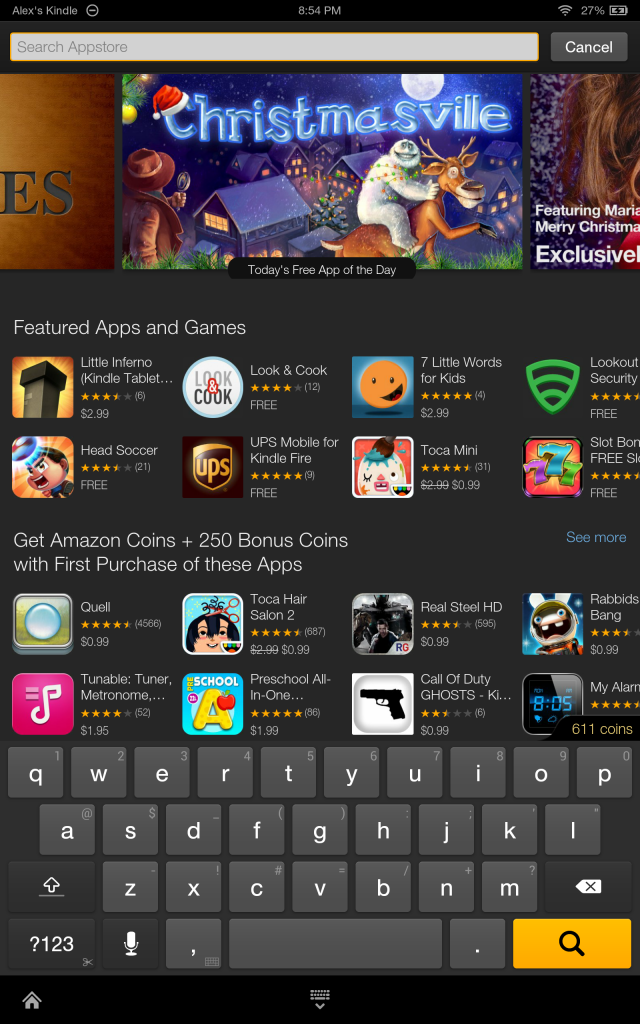 Then there's the Silk Browser. I didn't use it much, but to be honest I don't use the browser a whole lot on my Nexus 7 or Moto X either. I didn't see any real issues with it. It was a bit slower than Chrome normally is, but nothing too bad in my opinion. One thing I really miss about Silk compared to Chrome is my browsing history. Most of you probably know that with Chrome your browsing history is synced between all your devices. Which makes me wish I could use it on the Kindle Fire HDX.

So why do I dislike Fire OS so much? Simple. No Google Services. There's no Hangouts, no Gmail, no Google+, no Google anything. Now this may not be the case for all of you, but for me just about every app I use on my phone and tablet are Google apps. Well I'd say about 50-75% of them are. Which made it very hard to use the Kindle Fire HDX for me.

The Kindle Fire HDX is definitely a nice device, but remember it's not for everyone. I really wish it was, because specs like this and hardware like this for under $400 is a great deal. However, if you are locked into Amazon's ecosystem and if you're an Amazon Prime member, you're really going to like this tablet. It's also available on Amazon Prime for those that want to buy it. This would not be the tablet I'd recommend to most people, mostly because you don't have the Play Store, which has a lot more apps and games (and they get updated faster), not to mention no Google services at all. But remember, the Kindle Fire tablets have been easily hacked in the past and gotten CyanogenMod and other ROMs on them very quickly. So I'd expect the same for the Kindle Fire HDX. In fact, I know a few people that buy a Kindle Fire just to put CyanogenMod on it.