Description: Air travel in the United States can be extremely stressful, you don't even have to be flying yourself, waitinf for friends and family is just as frustrating. If not more so. After all, wondering just when your folks are going to get in or whether or not an upcoming trip of yours is going to be delayed can be very stressful. Tracking flights in real time is something we've grown accustomed to but, for the most part you either need a laptop or PC with you. FlightView aims to change all that with their mobile apps for Android and iOS. No longer do you need to check flights on the laptop before you leave home, now you can take all of that info with you.

How it Works: You can find out a lot about FlightView in general from their website but, to get it up and running on your Android device, all you need to do is download the app from the Play Store.The Android app works great on tablets, which is good news for those that travel with tablets. 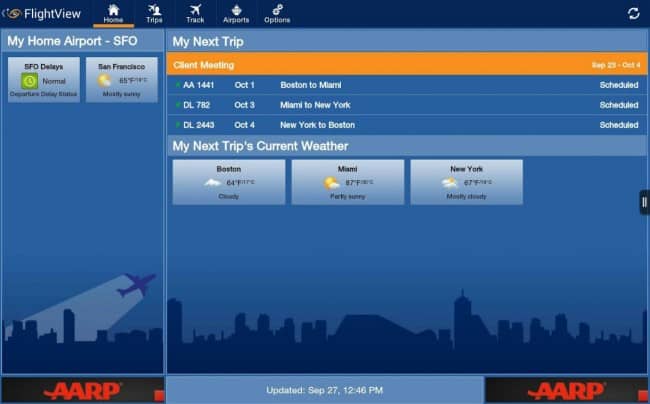 The home screen will display information on your home airport, such as weather and overall delay status. When you forward your itineraries to FlightView, you'll get updates on your trips from this page. 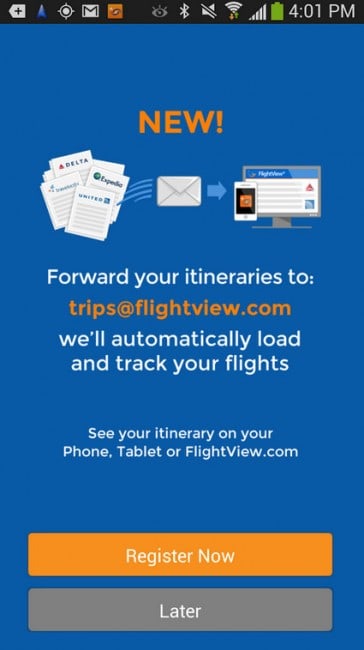 From the Trips tab of the app, you can get detailed information of the flights that you've given to flightview: 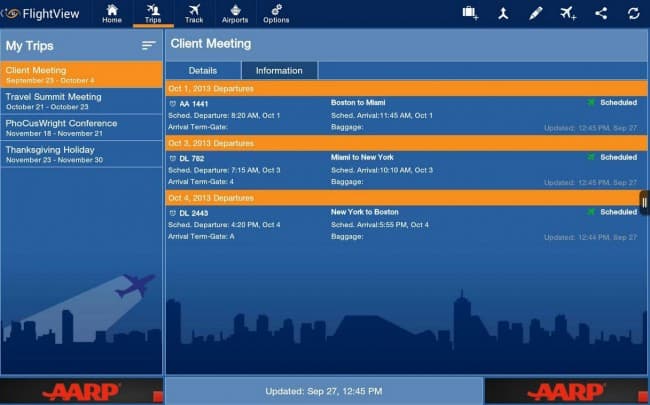 Of course, for the majority of users, the real time tracking feature is the most sort after: 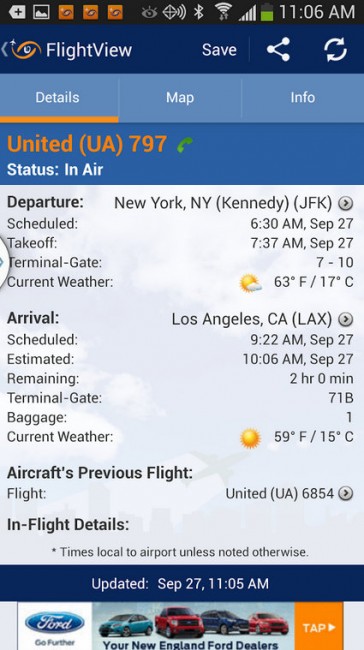 You can also get a visual of where the plane is on a Google Maps image: 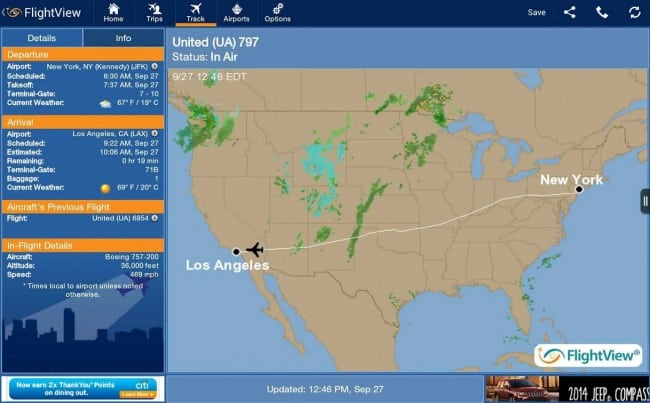 Another key feature of the app is to be able to look at different airports and get general information on their delays and such. 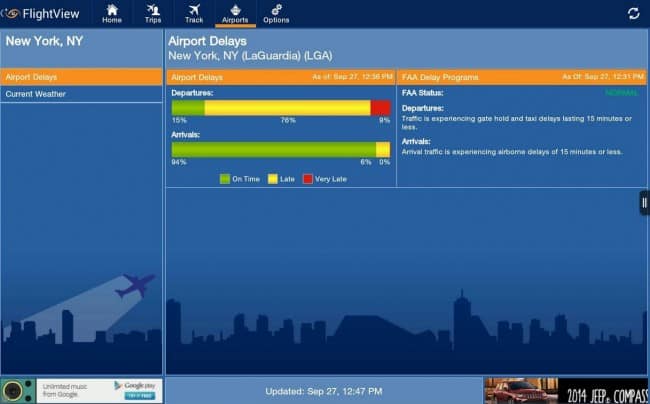 Opinion: While Google Now can handle basic flight information, it only deals with delays, departure times and the such. With FlightView installed on your Android smartphone or tablet you get access to a whole lot more. Tracking a flight's progress is really useful if you promised family or friends you'd pick them up at the Airport or you're running a little late. No matter what though, the FlightView app packs in so much information that by the time you've finished looking up a flight, you'll know everything you need to, and you can easily get real time updates on the flight, too. For frequent flyers, it goes without saying how useful this app will be to them, especially if they're on tight schedules or have time-sensitive meetings arranged at the other side.

Conclusion: There's something to be said of an app that can do as much as FlightView's Android app. While those that only go out of the country, or fly once or twice a year might find the app a little too loaded on the features side of things, frequent flyers will absolutely love the added features. In the Winter, flying in the US is a really stressful time but, making sure you're on top of everything can help alleviate some of the stress that comes with it all. No matter what though, FlightView is a great app for thsoe that want to know where their flights are going, whether or not they're delayed and of course, for those that are waiting to pick up family and friends. For those that want to get rid of ads, there is a paid version on the Play Store and the team at FlightView are also looking to improve their app.