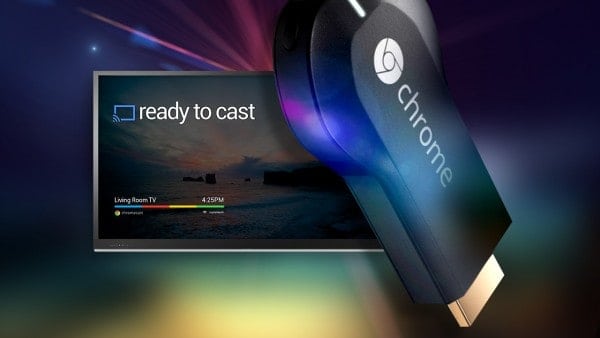 Google's Chromecast Dongle has been a huge hit since it's release. The tiny HDMI dongle has brought easier streaming of your favorite services and apps to homes all over the US, but Google wants to take Chromecast worldwide next year, so everyone can experience the wonders that this tiny little dongle has to offer.

Google wants its little home media device to be an open standard, and past that, they also want to potentially develop and release more Chromecast devices. What other types of Chromecast devices could Google possibly have in mind? The Chromecast may be somewhat limited now, but that could soon change. Google is already making strides in providing even more content to the device, and they have started by recently adding more compatible apps to the Chromecast library. The most notable of the new apps might be Plex, the much anticipated home media server that lets you access all your media on all your devices, but along with that you can now cast, avia, songza, vivo and redbull tv among a couple others to your Chromecast.

This is just the beginning for Google and Chromecast, as they want to make the device more than just a low cost option for media streaming in your living room. In a statement from Google's Vice President of Product Management Mario Queiroz to GigaOm, Mario says fans of the Chromecast will be "pleasantly surprised". What could that mean? For now, it probably means we'll just start seeing more and more apps added to the Chromecast support list. At current, Google is only assisting developers that have chosen to work with the Chromecast SDK, but hopefully in early 2014 Google will open up the Software Development Kit to everyone. Once this happens, the next step for Chromecast could be taking the foundation of the Chromecast technology which is called Google Cast and making it available to other companies to use inside their own products. We could possibly start seeing all kinds of things like stereos and game consoles have the capacity to work off of the Google Cast tech in the future and allow for Chromecast streaming. It's an exciting time to be a Chromecast owner. We can hardly wait to see what other tricks Google has up their sleeves.