Skip to content
Trusted By Millions
Independent, Expert Android News You Can Trust, Since 2010
Publishing More Android Than Anyone Else
0
Today
144
This Week
699
This Month
4545
This Year
122123
All Time When you buy a multi-hundred dollar mobile device that you carry everywhere with you, it’s pretty likely you’re going to want a case that protects that device from any drops or spills along the way.  The real question is how do you pick the right case for the job, and even further what kind of case do you want anyway?  While there are tons of styles out there to choose from, one kind has emerged from a niche category and has gone fully mainstream: the foldable, wallet-style case.  While these types of cases have been around for a while, it seems they started to grow significantly in popularity when Samsung started making them for the Galaxy Note II last year, and now they are all the rage for just about every phone you can find.  In true form we have a Wallet Folio case from Belkin here for the Galaxy Note 3, and it’s quite a nice flip-style case. 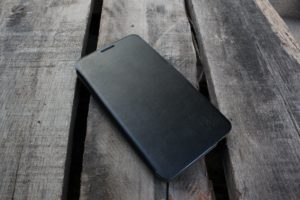 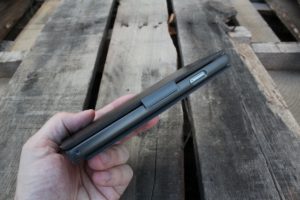 First impressions are everything, and taking this puppy out of the box for the first time felt great.  One of the biggest problems that wallet-style cases run into is that they often feel flimsy because the flip part of the case isn’t fastened to the rest of the case in more than one place, giving it room to slide and move around when the case is opened or closed.  The Belkin Wallet Folio case has a really nice non-magnetic clasp that keeps the foldable flap closed and feels incredibly sturdy.  It’s also one of the few flip-style cases that I would be comfortable dropping since it feels so sturdy.  While the case is closed you have access to the power button and all the ports, but not the volume buttons.  The outside material of the entire case is called a “natural leather” on the box, and feels like a smooth leather belt does.  This is particularly great for the Galaxy Note 3 since the back of the phone tries to mimic leather in the first place. 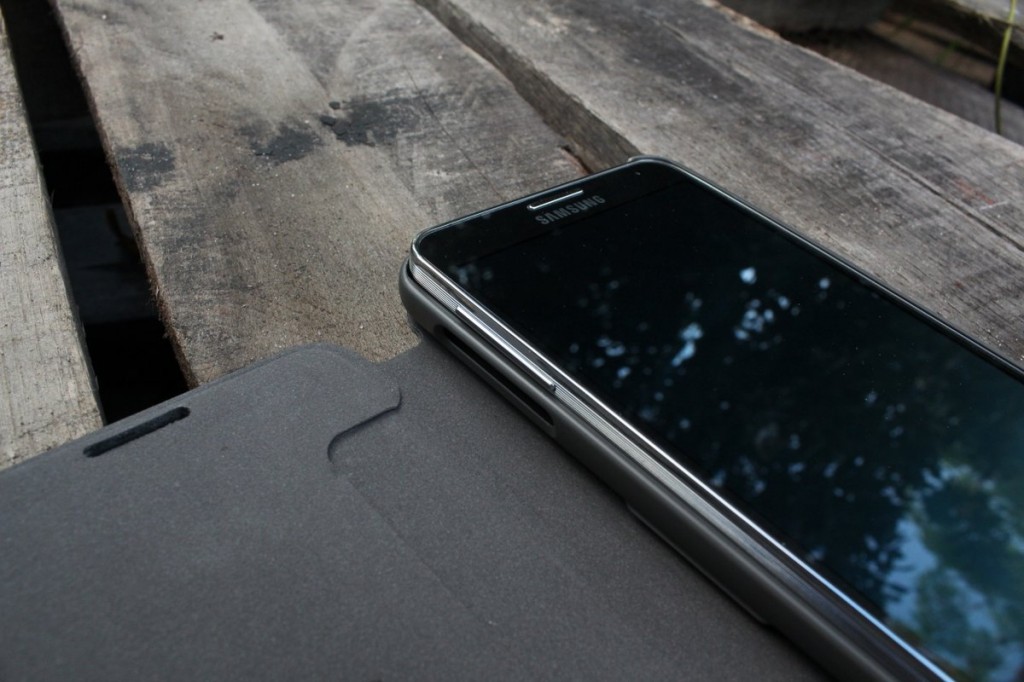 Opening the case up reveals just about the only problem I can find with the case: the plastic piece that the phone clips into.  Since this case folds back into an S shape to that you can display the phone on a table at an angle for media viewing, it has to have a solid piece to clip your phone into to hold it sturdily in place.  This plastic piece is incredibly rigid though, and it feels too tight when putting the phone inside as if I’m going to break one of the volume or power buttons off at any moment.  This problem is exacerbated when remove the the phone from the case, as it hold onto the phone with a near death-grip.  I have had other cases do this before, and they were more difficult to remove the phone than this one is, but it’s still scary. 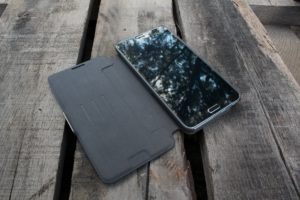 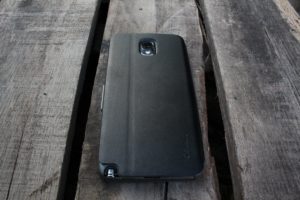 On the other part of the inside of the case you’ll find the wallet section, which is listed on the back of the box as an inner card slot.  I can’t imagine having more than one or two cards in this case though, as there’s just not much room to keep any more than that within its sleeve.  Think of this as more of a place to store your ID for when you go to the gym, or one card and an ID for when you’re in a place you’d rather not have your entire wallet (or purse) with you. 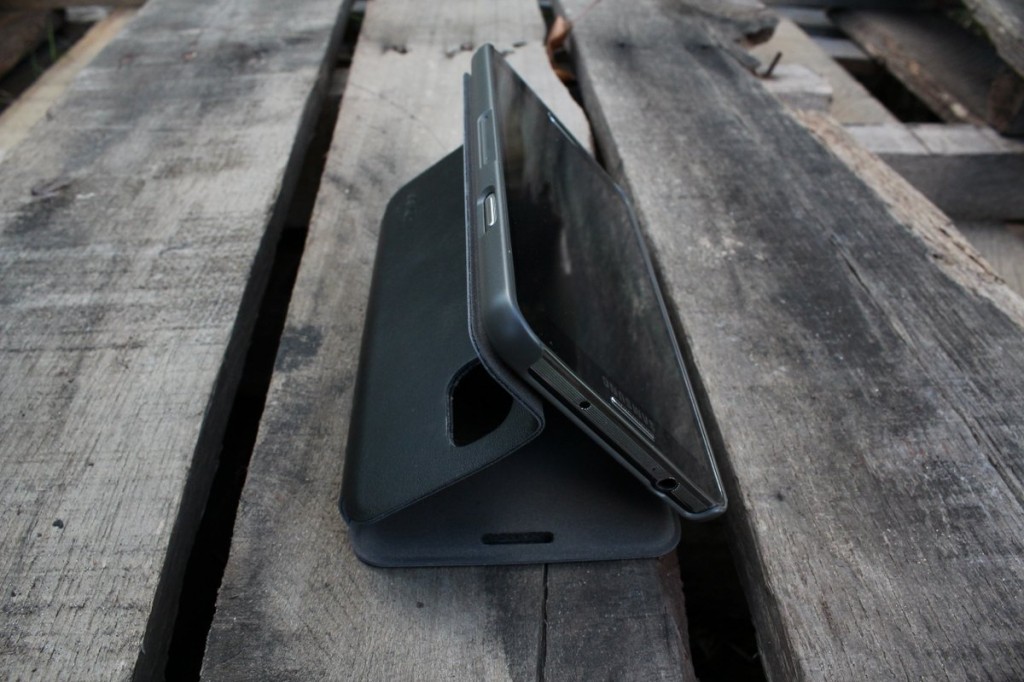 The stand functionality of the case is as good as any out there, and allows you to hold it in place by putting the fold over the front clasp.  This doesn’t lock it in place, rather it’s just something to keep the case from folding in on itself.  The case itself feels incredibly premium and sturdy, and while it definitely adds a little bit of weight to your Galaxy Note 3, it still feels like it weighs maybe just a hair less than the phone itself.  Belkin sells the case on its website for $49.99, and it comes in either black or brown leather.  The price tag is pretty common for these types of cases, and it fits right in with Samsung’s OEM case pricing.