Sometimes when you buy a case for your phone, you don’t want some big bulky thing making that sleek new device of yours look like something out of 1985.  While the big rubber protective cases might be nice if you’re working in a construction yard, some of us don’t have as much trouble keeping our phone safe from drops and other worldly disasters, and just want something a little more practical.  Belkin’s got you covered in this case (har de har) with their Micra Folio case for the Samsung Galaxy Note 3.  This is the thinnest and lightest case of the 3 Belkin cases we’ve reviewed, and it just plain feels great in the hand.  The case itself is a lot like those official Samsung flip-style cases that are only designed to protect the screen from scratching, and of course look cool when you flip it open.  The biggest difference here is that Belkin has included a candy-shell back to fully protect the phone, whereas the official Samsung cases only replace the back and don’t actually protect the phone from drops. 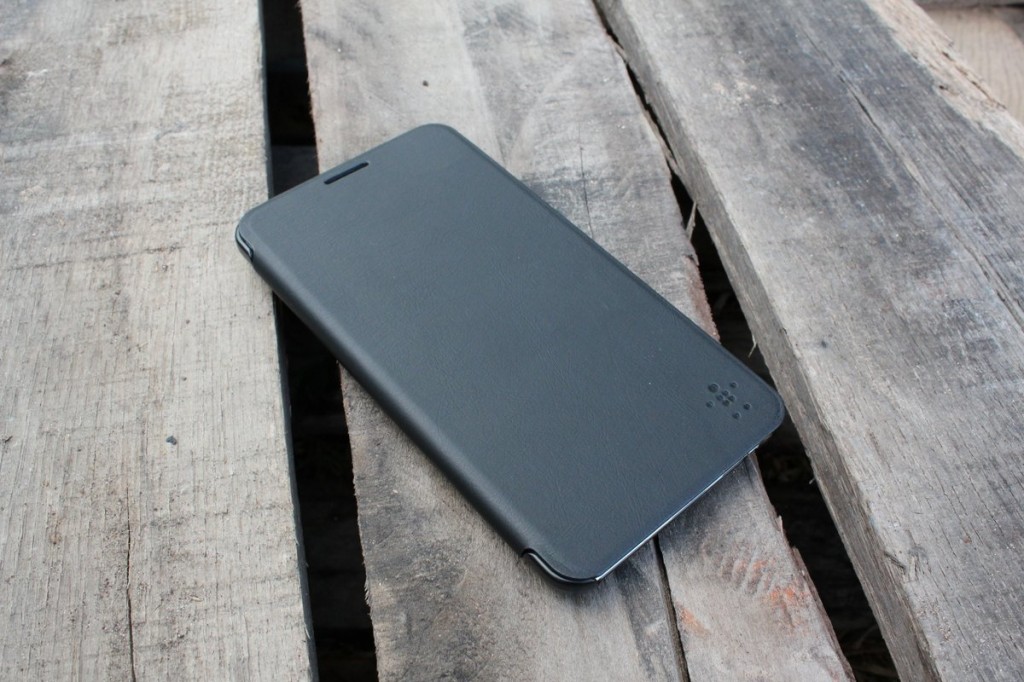 The material used on the front of the case is downright amazing, and feels like the softest leather pants you had when you went clubbing back in the 80s.  Unfortunately Belkin didn’t keep this material on the back of the case, and instead opted for a smooth plastic finish, which is rather unfortunate since Samsung went through the trouble of getting rid of these types of finishes.  Still it isn’t as slick as the stuff Samsung used to put on the back of phones, and probably won’t be falling out of your hand unless you have soft cotton gloves on. 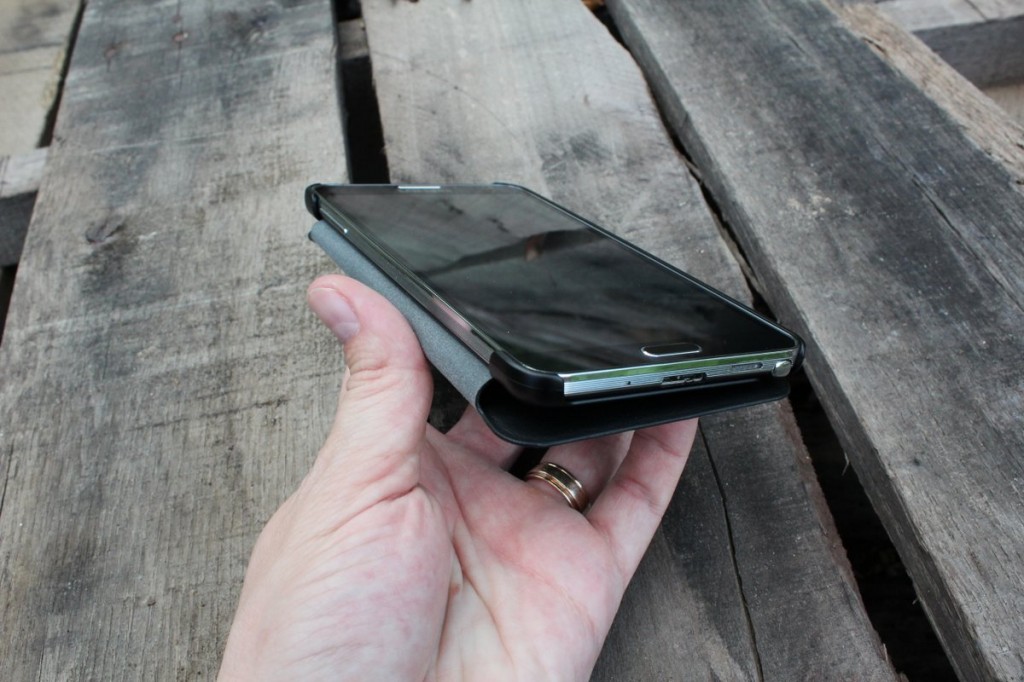 The hinge is very durable and seems a little more sturdy than most flip-style cases.  When you fold it back there’s a little bit of shimmy and give, but most flip-cases like this wobble all over the place and are rather uncomfortable to hold up to your face as a phone.  You’ll also be pleased to know that the Micra Folio case has a super soft fabric on the inside to protect the screen from scratches, and the flip portion of the case is lightly padded to protect against anything trying to puncture that beautiful 1080p screen of yours. 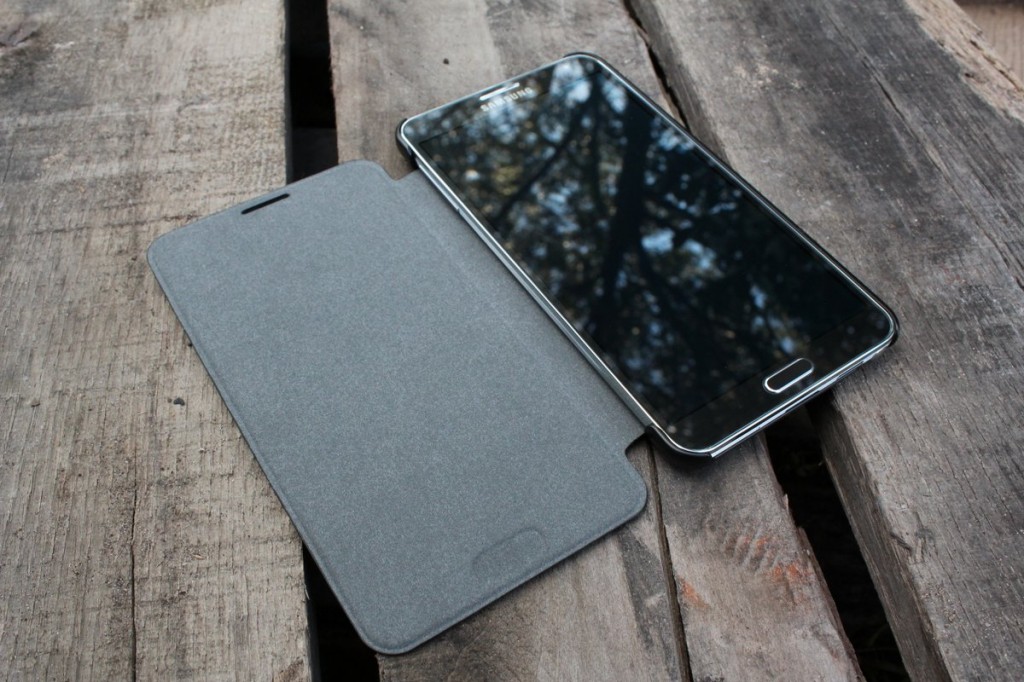 It’s also got an earhole on the front of the case, meaning you can talk with the case closed and not get that greasy grime all over your screen.  The case is incredibly light and almost feels like there’s not a case on the phone at all too, which is a plus for you minimalists out there.  As with the rest of the cases in Belkin’s lineup there are cutouts for all the buttons, minus of course the volume rocker which is covered by the flap when the case is closed, but is easily accessible when the flip portion of the case is open.  Overall this is a fantastic case, and the only downside I can point out would be the material on the back.  The Micra Folio case for the Galaxy Note 3 is $29.99 on Belkin’s website, and comes in black and white to match your phone.