Cases for a popular phone are as easy to come by as sunburns on a Florida beach, so how do you know which one to pick?  Do you judge based on style or design, color or material used for the case?  How about functionality and features that the case might add to your device?  There are plenty of ways to choose a case, so today we’ll be giving you a couple of reasons why you might want to buy the Belkin FolioFit Coverlet case for the Galaxy Note 3, and some reasons why you might want to choose another case altogether.  First off let’s start with the outside, which is made of a smooth soft-touch material.  The material feels good in the hand, and appears to be pretty resistant to fingerprints and scratches.  The case itself is a wallet-style case, so it opens up to reveal a card holder on one side and a place for your phone on the other. 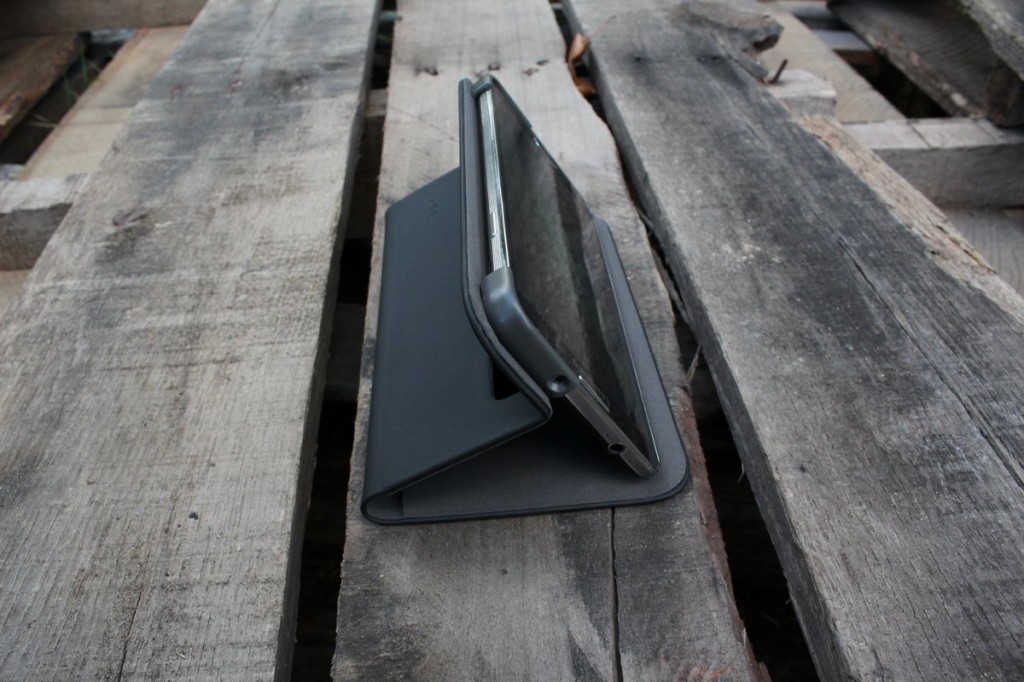 Unlike the Belkin Wallet Folio case we reviewed for the Galaxy Note 3, this case features much easier clips to snap your phone into, and I was easily able to remove the phone when I wanted.  It’s not so easy as for the phone to pop out of the case when you drop it though, so no worries there.  There are two ways to insert the phone into the case, and it changes how the case is used.  Attach all 3 clips to the phone and it’s a simple wallet case, but if you only attach the clips on the right side of the phone you can bend the case back to use it as a stand.  It’s an interesting clip design that keeps the phone held in tight, but not too tight as to worry about breaking it when you put it in or pull it out of the clips.  It’s also another step to folding the case back, so as everything goes there’s positives and negatives here. 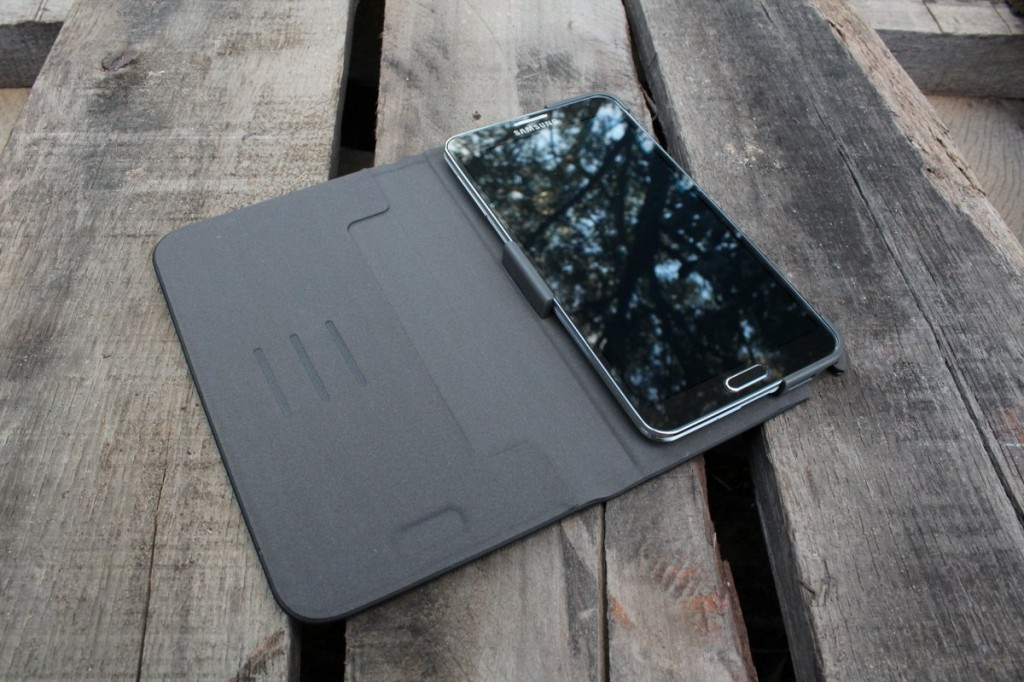 As with any good wallet case there are openings for the power button and S-Pen, but obviously not the volume rockers since the hinge of the case goes on that side.  The case advertises on the front of the box that it holds one credit card, and one card of any kind is all you’re going to be getting in here.  The flap on the inside of the case is very tight, and is more difficult to use than I would like for a wallet case. 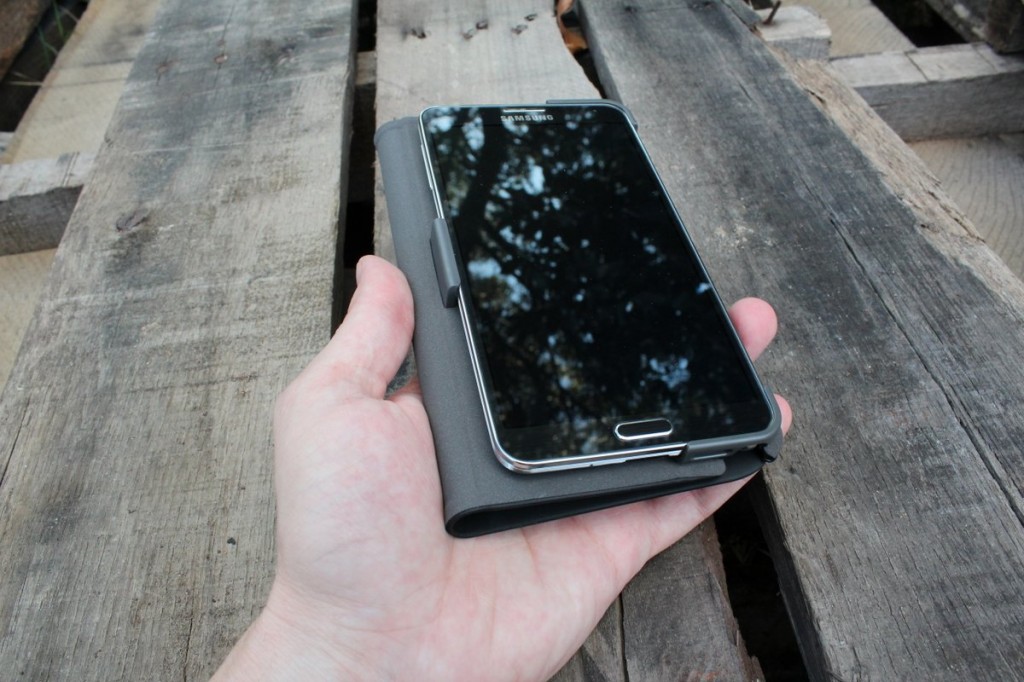 The other problem I have is the sheer size of the case.  While it’s very thin and light for a wallet case it’s just a little too large in general.  You can see this pretty easily in the pictures, as the case is taller and wider than the phone by a fairly considerable amount, and given how big the Note 3 already is it’s not exactly what you would think of for a phone case.  It actually feels more like a tablet case or something, giving extra protection on the sides via the extra material there.  It’s not big enough to make the phone unusable, but if you were able to one-hand the Note 3 before you definitely won’t be able to now. 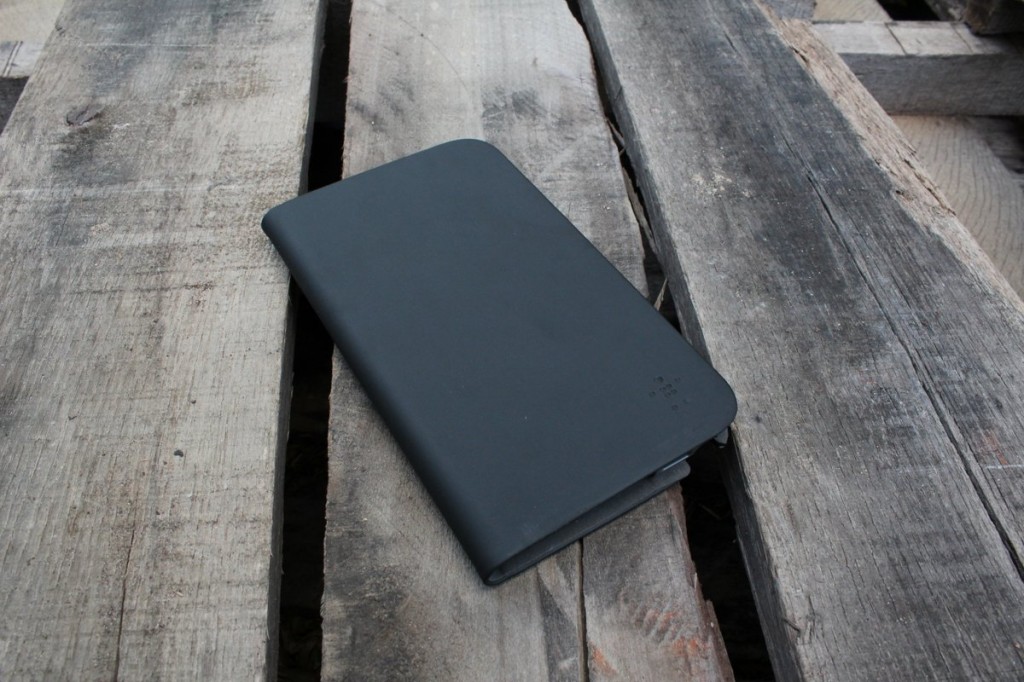 Overall the case is fantastic quality, and if the size doesn’t bother you I’d definitely recommend it.  The clips to put the phone in place are very well designed, the fold-back stand design works well, and the material used on the outside of the case feels high quality and non-slippery.  Belkin sells the FormFit Coverlet case on their website for $39.99, which is quite a bit cheaper than the $59.99 Samsung charges for their official cover cases.