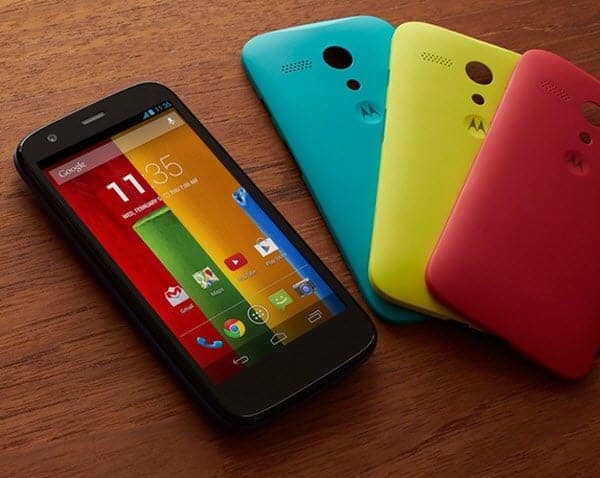 Typically, phones aren't stocking stuffers. But this year, Motorola has put out a really nice phone for less than what most gifts you'll buy this year, will cost. The Motorola Moto G is a great gift for just about everyone. Sure it doesn't have the highest of specs, or the biggest and best display. But it does what you need it to do. Yes it does still make phone calls, for those that were wondering. The Moto G also has a 4.5-inch 720p display, Snapdragon 400 which is a quad-core processor, 1GB of RAM, 5MP camera on the back along with a front facing camera, and a 2070mAh battery. Which lasts quite a long time. For those interested, I've seen some people getting about 7 hours on screen time.

The Moto G is about the most basic smartphone you can find. You're not going to find Active Display, Touchless Control, or anything like that on this device, but you will find a virtually stock Android experience. The Moto G is available in 8GB and 16GB storage configurations, unfortunately there is no microSD card slot. But if a Moto G is right for you, you probably won't need much more space than that anyways. Additionally the Moto G does not have 4G LTE. So if you need LTE, then this probably isn't the right phone. But it does work on AT&T and T-Mobile's network, and T-Mobile's HSPA+ is plenty fast. Almost faster than some LTE networks.

There are two versions of the Moto G. There's the Global GSM and US GSM version. the US GSM is the one you want if you're on T-Mobile. If you plan on going out of the country or do a lot of travelling, then you'll want to check out the Global GSM one as it'll be compatible with more carriers around the world. Starting at just $179, it's hard not to grab this for a loved one this holiday season.