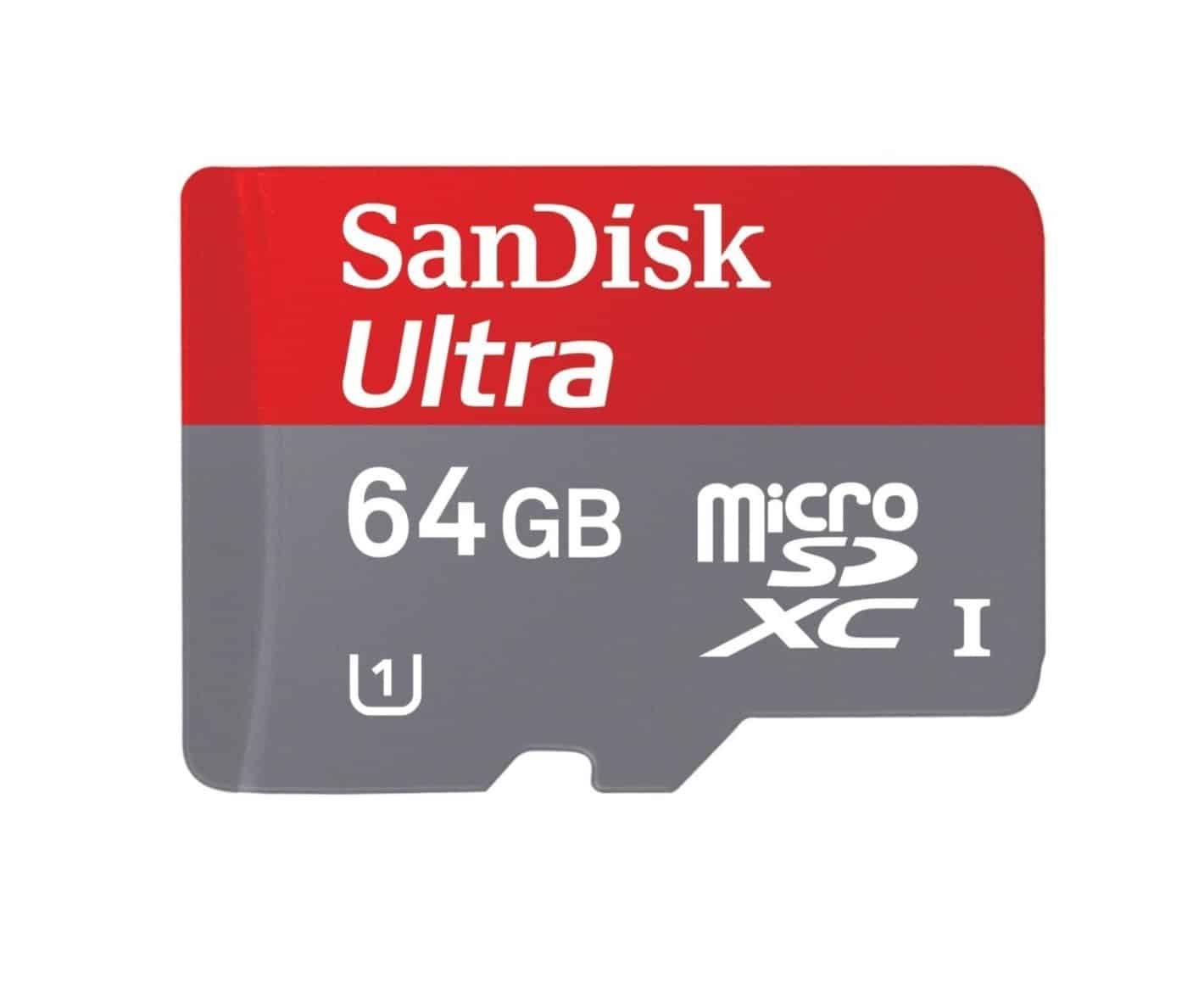 While many of us here at Android Headlines are not fans of microSD storage in our smartphones and tablets. There are still many out there that use them. Which is one of the reasons Samsung sells so many phones and tablets. Simply because they are pretty much the only manufacturer left that use microSD card slots in their phones. There are quite a few microSD cards out there, and with more and more devices supporting 64GB microSD cards, we thought this one would be a good gift idea for all of you out there.

SanDisk is one of the more popular microSD card manufacturers out there. In fact, the microSD card and adapter I use for my camera is made by SanDisk. They offer a 16GB, 32GB, and 64GB microSD card along with an adapter, so you can use it in devices like a DSLR that uses the regular sized SD cards. It is class 10, so it's really good for shooting video, as the write-speed is pretty quick. Some of the other classes out there are not as quick and you'll have issues if you are recording video. But generally for smartphones and tablets, there's really no issue.

Now the 64GB microSD card will not have 64GB of storage for you. Some will be used for formatting the microSD card and such. So you'll probably have around 58-60GB of usable storage. That's still not bad, if you ask me. What's better is that this 64GB microSD card is under $50. Normally these are over $100, and closer to $150. So it's definitely a great deal and a great stocking stuffer. Perhaps to go with a brand new Galaxy S4 or Galaxy Note 3?