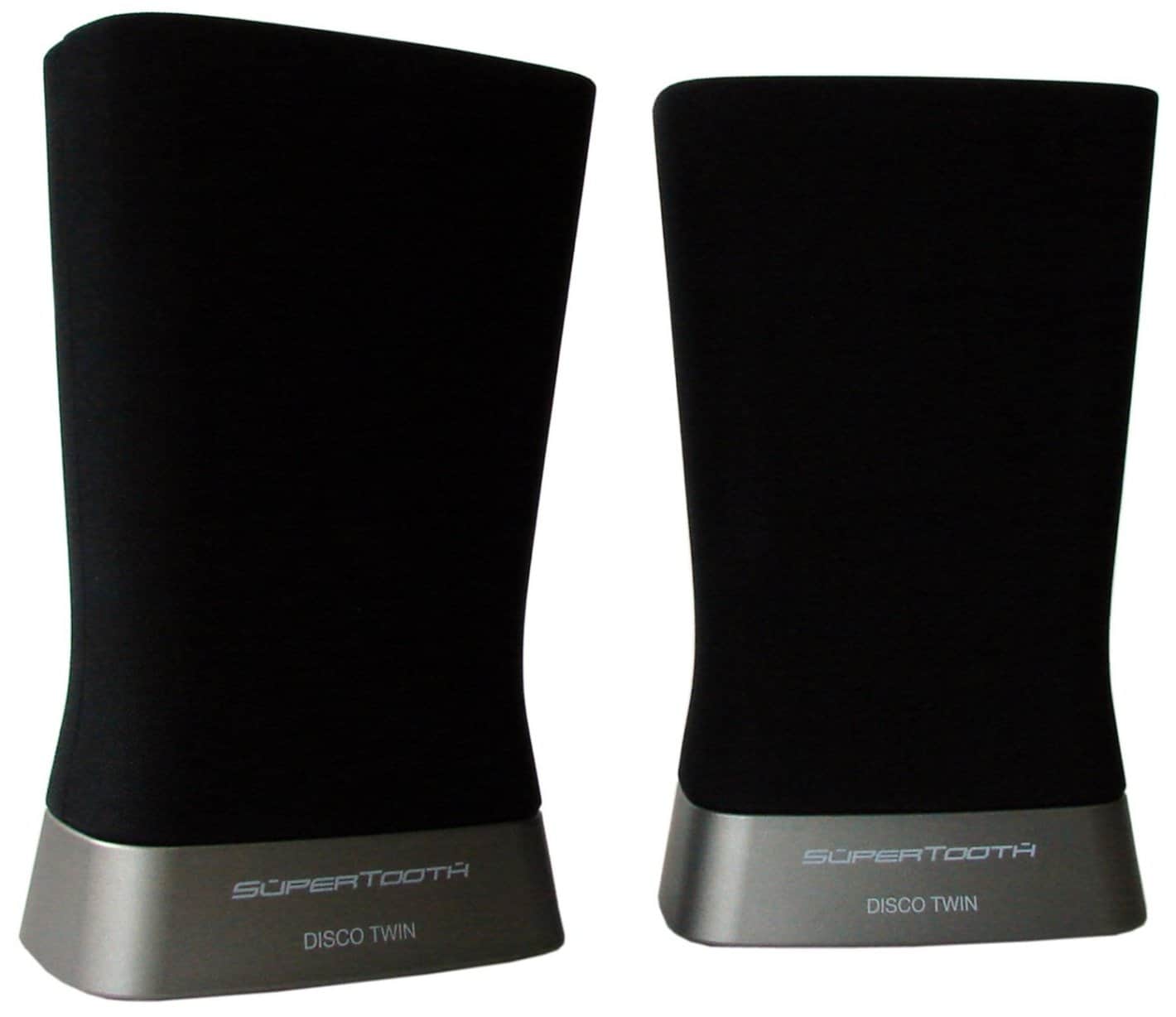 If you're as into Bluetooth speakers as I am, you're going to love today's gift idea. These are the Supertooth Disco Twin speakers, which I reviewed earlier this year. You're basically connecting two Bluetooth speakers to one device, which is a great idea. However, Supertooth's Disco Twins didn't do it flawlessly, it does still work pretty well. Especially once you get the hang of how it actually works. With the Disco Twins you can connect them to any Bluetooth device, like a smartphone, tablet, or even a laptop. You're able to stream music files and other audio via Bluetooth A2DP profile. It's also a very portable speaker, well both of them are. They even come with cloth covers to go over them to keep them nice and clean, actually those cloth covers come with all Supertooth products.

Additionally, the Disco Twin uses Bluetooth 3.0 and up and the operating range is about 10 meters. Many of you may not have heard of Supertooth before, I know I hadn't until earlier this year, but they actually have a good reputation for putting out some great speakers and headsets with great sound and build quality. In fact, I just reviewed their Freedom headphones which have Bluetooth and NFC, and I love those headphones. I'd recommend those to everyone as well. Battery life on the Disco Twins is actually pretty good. I was able to use them all day long without needing to recharge them. Which isn't a big deal, especially since I use them at my desk, but for someone travelling with them, it might be.

If you're looking for a gift for the audiophile out there, then this is probably the best thing to get them this holiday season. The Supertooth Disco Twin speakers are on sale for $169.95 at Amazon right now, they are normally over $200, so that's a pretty good deal. Especially bundled with Amazon Prime's free 2-day shipping if you're an Amazon Prime member.