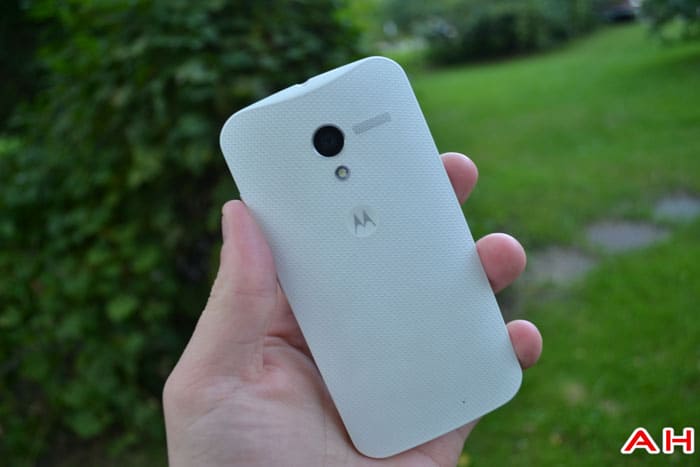 If you have a Moto X and are currently operating on the Sprint network, than Android 4.4 Kit Kat is just around the corner. A leak suggest that Motorola and Sprint have started the soak test for the update to the newest version of Android.

This soak test is a way for Motorola and Sprint, to get feedback and bugs taken care of before a mass release to the public. Though this test won't fix every last bug, it will give a better idea of what to expect. The users in the soak test are usually part of the Motorola Feedback Network. These users have signed Nondisclosure Agreements or NDA's. Though this didn't stop an anonymous user from leaking the email invite to PhoneArena.

The email firstly thanks the user for joining the Motorola Feedback Network, then continues to give a link to a survey. The survey most likely is to weed out people who won't take the time to report bugs or properly test drive the software. The email also makes this seem extremely urgent because the "window" may not be open as long as you would like, and you also must be in good standings in the Motorola Owners Forums. 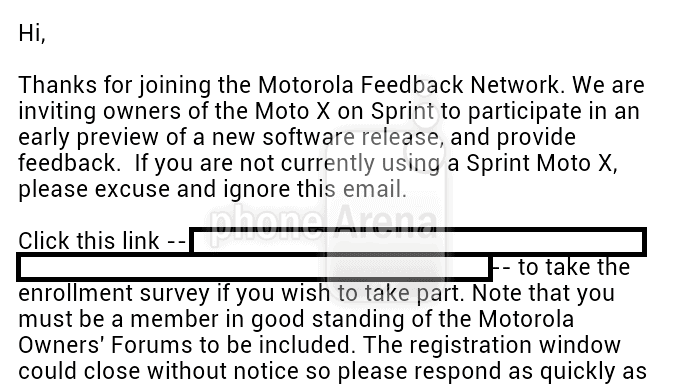 There is a lot of red tape to get through obviously, but it could be worth it to you. That is if you are the type of person who wants to taste Kit Kat first. Though you may be the first on Motorola X Sprint versions, you may not be the first world-wide.

Soak tests have already started for Verizon, AT&T and T-Mobile, so Sprint has come in last place. The soak tests have concluded for the other three carriers and Kit Kat has been released to Moto X users. So we would expect Sprint to rush through this soak toast, and release the update to the masses. If you are part of the Motorola Feedback Network, we hope you have already signed up,because maybe by now the opportunity has passed. You can be sure, when the soak test is over, and Sprint releases Kit Kat to the public, minus NDA's, we will let you know. So that you can be sure to be checking for updates every five minutes hoping for a break.

If you're still looking to pick up a Moto X on Sprint, Amazon is selling it for $0.01 on Contract. However that does not include MotoMaker. So you'd be stuck with black or white. But if you do want MotoMaker customization on a Sprint Moto X, Motorola is doing their second day of their Cyber Monday sale this Monday, December 9th. So you can pick an off contract Sprint Moto X for $350.