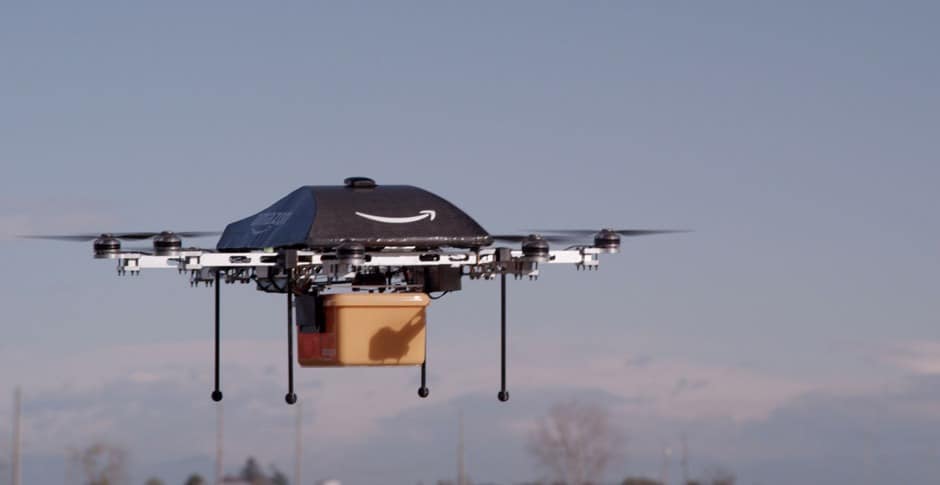 We all know it, and were all thinking it. Online shopping in most cases surpasses the experience of traditional shopping any day of the week. Amazon has known this for years, and that's why they've been improving their system in every way possible. Offering things like Amazon Prime for faster shipments and better deals, continuing to offer some of the lowest deals on just about anything you could ever want, and exemplary customer service and support when things go awry.

The only thing that could make online shopping any better besides even lower deals, is quicker shipping. Sure you could pay an insane amount for next day air, but you still have to wait around for a day or so. What if you could have your package in 30 minutes or less? That would be fantastic, and Amazon knows that as well. That's why the next step for Amazon is getting it's "Prime Air" delivery system up and running as fast as possible. The futuristic next generation shipping option titled "Prime Air", sets the bar for package delivery quite high for every other outlet by attempting to get you your packages in 30 minutes or less via Amazon air drones. That's right, air drones.

Just hearing it is probably the coolest things I have ever heard of, and when/if this ever takes off,(pun intended) it just might make people shop on Amazon even more as well as choose this shipping option whenever possible. The idea is to have these octocopters at distribution centers around the country, that can deliver to nearby locations in the half hour time frame. It is definitely quite the lofty goal, but if anyone could pull this off its Amazon. The drones will reportedly be equipped with a GPS system that has an input of the GPS coordinates for the delivery. There are still plenty of FAA regulations to go through and lots of red tape so to speak, but Amazon is saying that they would like to be ready to begin moving forward with Prime Air as soon as the FAA regulations have been passed. 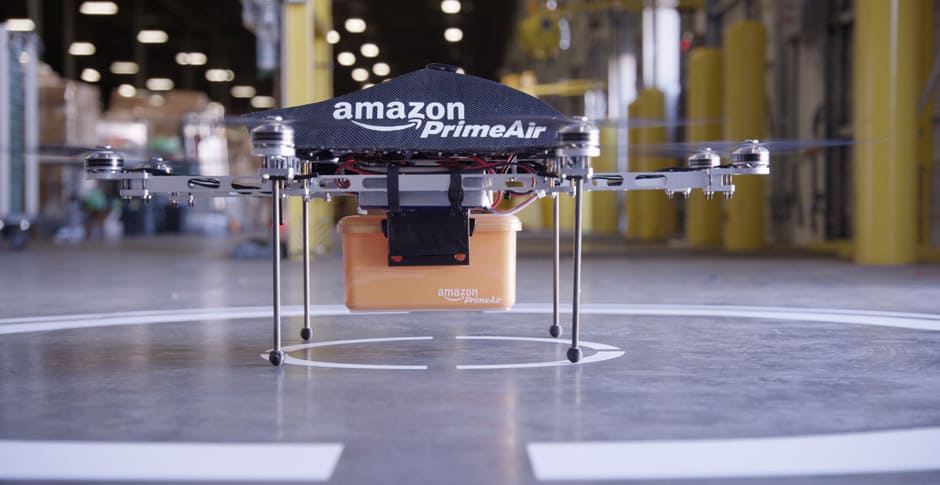 Prime Air should be ready by as early as 2015 according to Jeff Bezos, which isn't that long of a wait considering all the testing and operations that will have take place to get a system like this running smoothly. Aside from the timing of this operation and the FAA, there are other limitations to consider like the weight limitations. The drones will reportedly be able to carry up to 5lb. packages(which is 86% of Amazon's orders according to Bezos) and deliver them up to ten miles away from the distribution center. So it sounds like not everywhere will be able to take advantage of Prime Air, at least not at first. Bezos revealed Amazons plans for prime air on 60 minutes yesterday, and you can catch the full scoop of that interview here. You can also check the Amazon Prime Air landing page for more information regarding Amazons new venture. Who's excited about the thought of 30 minute packages?http://youtu.be/98BIu9dpwHU