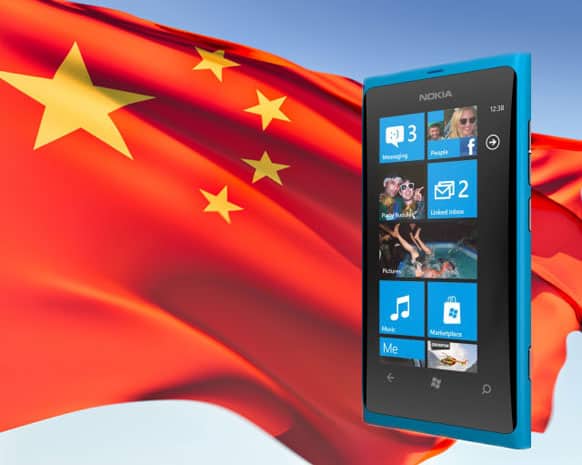 Microsoft would like to complete its purchase of Nokia's Devices and Services business as soon as possible. Unfortunately, the Chinese government may be stepping in to slow down the process again. In a report stating inside information from Taiwan's handset supply chain, DigiTimes says that China's Ministry of Commerce is looking closely at the Microsoft purchase because it may violate China's antitrust laws if the deal is allowed to go through. The Chinese government has been reported to be asking Nokia and Microsoft to decrease their patent fees if they want to move the deal along.

Nokia has more than 7,000 patents surrounding communication devices. The company is retaining all of the rights to those patents in the Microsoft sale. The Chinese government is afraid that once Microsoft takes over, Nokia will use the patents to go after Chinese manufacturers. Because it won't be operating its handset division anymore, Nokia may want to pursue patent infringements as a way to generate additional revenue. To date, Nokia has not taken any of these manufacturers to court in China, even though some of them may be infringing on patents that Nokia holds. They have already filed motions in other countries against HTC, BlackBerry, and others. By requesting lower patent fees from Microsoft and Nokia, the Chinese government hopes to protect the manufacturers operating within its borders. If China can get Nokia to lower patent fees, they will allow the deal to proceed unhindered.

The Chinese government held up Google's acquisition of Motorola in 2012 under similar circumstances. China demanded that Google keep its licensing policy for Android free in exchange for approval of the Motorola deal. That move was put in to motion by China's Anti-Monopoly Bureau. Large and acquisitions mergers in China are regulated by the Anti-Monopoly Bureau. The Google/Motorola deal was approved relatively quickly by the United States and European Union, but China's AMB stalled the purchase. The move may also have been motivated by China's desire to have Google move some of its search business from Hong Kong back to China's mainland.

This new obstruction for Microsoft's acquisition of Nokia's handset division is an attempt by the Chinese government to secure lower patent fees, and thus lower operating costs, for Chinese manufacturers like Xiaomi and ZTE. These companies are looking to expand into the U.S. and other global markets, and may be putting pressure on their government to make this happen before giving Microsoft their seal of approval.