Samsung is a giant in the field of electronics – sometimes they follow others and other times they lead the way. One thing is for sure, whether you hate them or love them, you should be interested in what products Samsung brings out each year and how they their mobile devices stack up to the competition from HTC, LG, Motorola, Sony, and a slew of new products from China manufacturers, such a Lenovo, that are trying to expand into the U.S. mobile market.

Ever since Samsung brought out the Galaxy S series, especially the Galaxy S3 and forward, it has been their flagship smartphone by which all others are judged – each time a new smartphone or tablet comes out, everybody always compares it to the Galaxy S series. The Galaxy S4 that came out last year was Samsung’s best-selling smartphone of all time – selling well over 40 million devices worldwide, yet Samsung felt they should have sold even more. The pressure on them to “hit a home run” with their new Galaxy S5 is tremendous, and it seems as though Samsung is rushing it to market, but there is really very little known about the device, and Samsung may have had this new baby of theirs ready to go for sometime.

Most people believe that Samsung will change-up from the polycarbonate material of their past for an aluminum, via HTC One, look, but Samsung had said in the past that they would have a problem producing enough metal bodied phones in the quantity needed for the Galaxy S5. My money is on some sort of body with metal included – I don’t think Samsung wants to hear about “poor build quality,” even though that is far from the truth, as the Galaxy S and Note series are a quality product.

There are three big areas we have a pretty good idea on what to expect: display, camera, and iris scanning – sources from Korea are saying that Samsung claims the Galaxy S5 will have the Quad-HD resolution of 2560 x 1440, and be the first to sell a device with that display resolution, but whether it is their Super AMOLED or LCD technology is still unknown. A reliable source also claims the camera will be a 16MP shooter with ISOCELL technology for better low-light photos. The other item claimed to be on the Galaxy S5 is an Iris Scanner, rather than a fingerprint scanner, and Samsung has filed patents on this technology.

We are pretty sure the S5 will have 3GB of RAM, but even the processor is up in the air – another Qualcomm Snapdragon 800 clocked at 2.5GHz has been thrown around, as has Samsung’s new 64-bit eight-core Exynos processor, depending on the region. 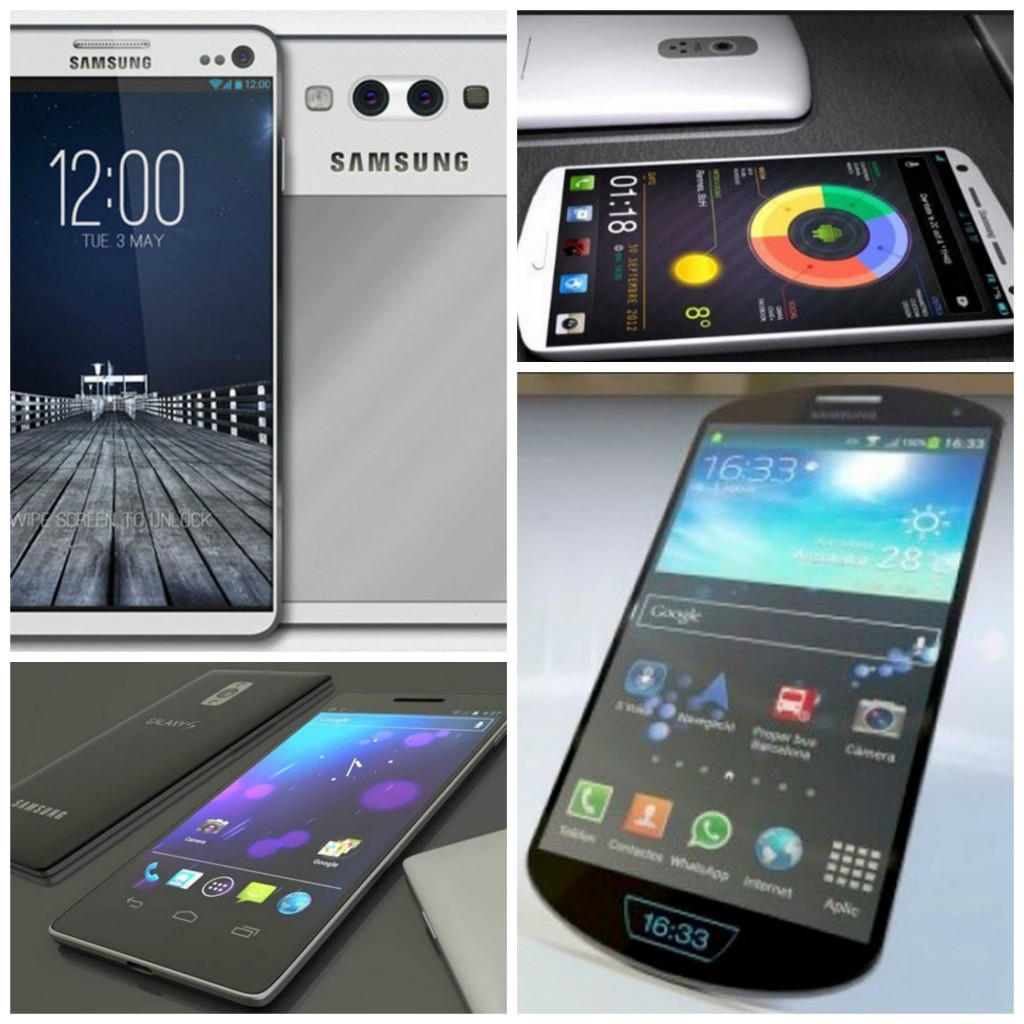 Samsung will certainly announce the new Galaxy Gear 2 smartwatch in 2014, most likely at CES in January or MWC in February.  Some believe that Samsung just want to “test the water” with the first Galaxy Gear to gauge the amount of interest in a wearable smartwatch.  Considering it was only compatible with the Galaxy Note 3 when it first came out – and is still limited in use with a few Samsung devices – it sold over 80,000 in the first two months.

According to the South Korea media, the Galaxy Gear 2 will feature a GPS chip and be compatible with all Android smartphones that use Android 4.3 (and above) as well as Bluetooth 4.0 LE, and will improved on battery life, as well as add features to make it more desirable, especially with a $300 price tag.

Now we are looking way into the future and much of the new Galaxy Note 4 will depend on Samsung’s ability to firm up the products it is working on. For instance, Samsung is really putting emphasis on their smartphone cameras in 2014 and we are all but certain that the Galaxy S5 will have a 16MP ISOCELL camera…but Samsung is also working on a 20MP camera that could very easily find its way into the Note 4, if it is ready to go.

We also are betting on the Quad-HD display on the Galaxy Note 4 as well, but there may be a slight “bend” in the display – either going via the Galaxy Round with a slight concave display or with the three-sided display that uses technology to allow all three screens to display different items. No size is even being guessed at this point…whether it is stay at 5.7-inches or get bumped to 5.9-inches.

Again, it comes back to the processor – Samsung’s Exynos 64-bit processor should be done in time for inclusion in the Note 4, as they certainly do not want Apple to win that battle – and will it be 4G LTE compatible or will Samsung have to throw in the Snapdragon 805 processor? No matter which processor finds its way into the Note 4, you can be sure it will be packing 4GB of RAM and 32GB of internal storage.

Samsung is rumored to launch four new tablets in the first quarter of 2014 – a device area we know Samsung wants to take away from Apple, so we can expect them to upgrade existing sizes and launch new tablets in 2014.  One will most certainly be the Galaxy Tab 3 Lite (SM-T111) rumored to go for about $138, and would likely be targeted for that lower end market of tablets that are hitting the streets.  As far as the other three tablets we can only speculate, but one may be the 12.2-inch Galaxy Note (SM-P900) that would be a great size for office use – and certainly we cannot rule out dual-booting for these larger models.

Besides the flagship Galaxy S5 and Galaxy Note 4, we may see a Galaxy Note 3 Lite, Galaxy Grand and Grand Lite, and possibly a Grand 2 during 2014.  Remember though, that some models are region specific and may never see the shores of the U.S.  But it is a well-known fact that Samsung wants to entrench itself in the low-end market, but may have those devices manufactured by a third-party while Samsung concentrates on the high-end products.

Please do not equate the title miscellaneous to items not important – they are:

One area that needs an update is Samsung’s TouchWiz User Interface (UI). Samsung has been hearing it for the past couple of years and I think we will finally see a real update sometime in 2014 – if not because they want to tackle this daunting task, but because it would make updating to the latest Android OS easier and faster, and Samsung recognizes that their customers are demanding quicker updates.

Samsung seems serious about making its mark in the photography field and we should new one or two new models or updates in 2014.

Let us know on our Google+ Page what you think of Samsung in 2014 – anything you would like to see changed, updated, or added to their lineup.