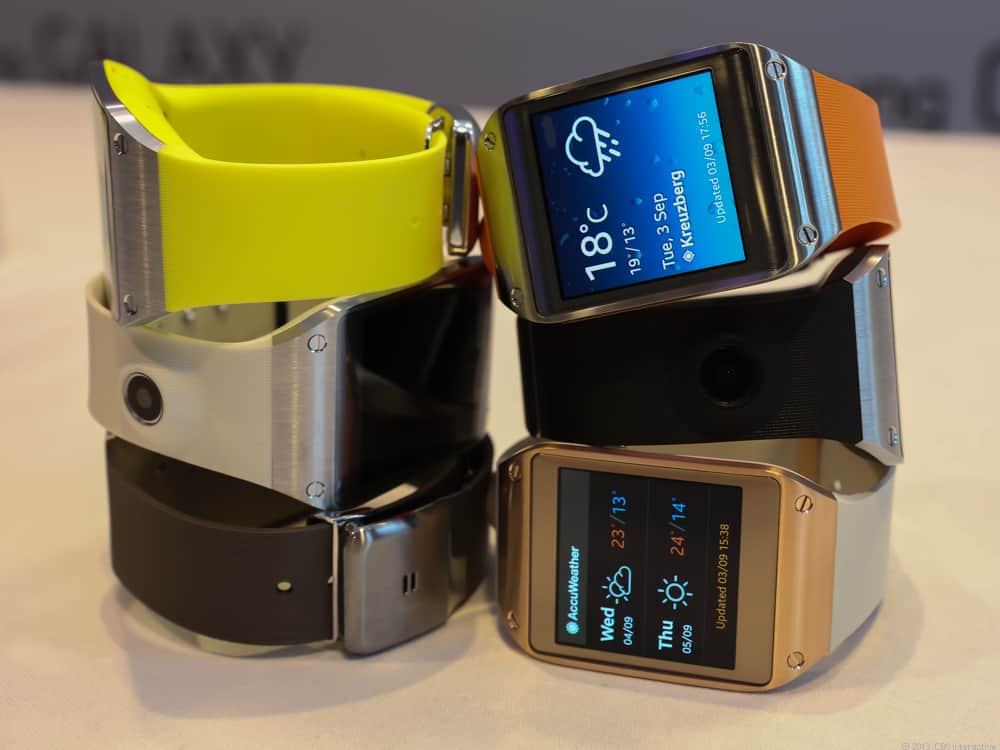 Samsung does not like to be number two in anything, especially with new technology or products, and being "first" with a wearable smartwatch is no exception. They presented us with the Galaxy Gear this past September/October as a companion device to their new Galaxy Note 3, and sold 80,000 in a two month period – not bad, but far from the 2-3 Gears for every 10 Galaxy Note 3s sold. We were wondering what does Samsung have to do in order to make the Galaxy Gear 2  the "must have" item for 2014.

I mean, seriously, what kid or adult doesn't want the infamous Dick Tracy "two-way wrist radio" from the 50's and 60's – I dreamed of having one, and would still like to own something with that much "WOW" factor – but the Galaxy Gear just did not give me that "rise," if you know what I mean. I honestly tried, but at my age, maybe I need something just a little more exciting and usable. A couple of my geeky friends did purchase the Gear with their Note 3 and really seem to like it and had no qualms spending the $300 that it cost them and said it does look and feel more expensive in "person" and that the pictures do not do it justice.

However, Samsung is confident that wearables, like the Gear, have a future, and Young-hee Lee, Samsung's head of mobile marketing told CNet:

"I am very confident. It's a matter of time before all people are wearing smart devices and living very intuitively and conveniently. Five years ago, our smart device wasn't in the middle of our life. Now, look at [us]." 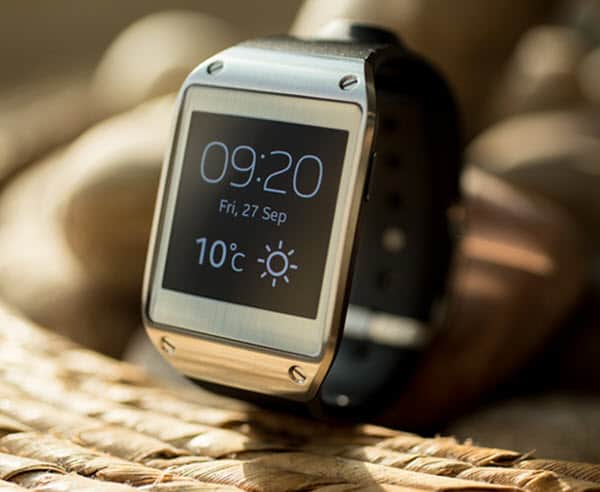 Okay, I know that this does not add any functionality to the Gear, however, looks is most everything in our society today, especially when it comes to watches. People buy multiple watches for different looks and situations – a diving watch, chronograph, diamond inserts, small elegant watches, and large, heavy metal, commando watches – it is a billion dollar industry that just keeps growing. While we want the Gear to actually do something, we want it to look cool and "sexy" while it's doing it.

This goes without saying, but since I get paid for writing, I will say it anyway – make the Gear compatible with ALL devices, certainly the iPhone (wouldn't that just gall Apple) and maybe even BlackBerry and Windows – the more options available, the more the market of potential buyers grows, and the more the device will be embraced by consumers. Sure, have a few extra "perks" on Gear for owning a Samsung smartphone, but expand the devices it will work with and the more you will sell and get people talking about the Gear, especially when smartwatches are still in their infancy – get your foot on the "Apple Cart" before the iWatch is a reality.

Samsung needs to get developers more involved in making apps for the Gear…just like a smartphone, the more useful it becomes, the more we are apt to purchase and use the device. Users want more than a bulky timepiece that throws notifications at you…I can put my smartphone on vibrate for that purpose, especially if i have to get my phone out to read my emails anyhow – which brings me to my next point:

Right now Gear needs a smartphone to really function – it needs to be more independent and offer more features as a standalone device. Sure, we have our smartphone with us most of the time, but wouldn't it be nice to do more without having to pull out that smartphone or have some functions independent of the smartphone?

This is the complaint with almost every mobile device, but really true when you talk about a wearable device – what good is a wearable, if you have to take it off to constantly charge the battery. It is a small device, but some form of technology is needed to keep this timepiece on your wrist and off the charger…perhaps solar or movement to keep it charged?

$300 is a lot of money for a device of this nature – now load it with options, make it more stylish, underwater capable, really useful and maybe $300 would be acceptable…but just remember that even in today's inflated society, $300 is not generally an "impulse" buy. With Pebble coming in at $150 and the new Sony SmartWatch 2 at $200, the Gear's $300 price tag puts it more in line with purchasing a smartphone, tablet, or even a laptop. A smartwatch is something that is "nice" to have, but certainly not a "must" have item, so it needs priced accordingly.

Maybe Samsung needs to make one Geared (pun intended) towards exercise buffs, another for swimmers, maybe one for hikers, an expensive one for a high-end crowd and a entry-level smartwatch for the masses…just saying that Samsung does this with their smartphones, why not smartwatches?

I am not sure what their WOW factor would be, but Samsung needs to make use "need" a Galaxy Gear, not merely "wish" we had one. Give me a reason to save my money to buy one or charge one on my credit card and then want to upgrade every 2-3 years. What would be a WOW factor that would make you really, really, want to purchase a Galaxy Gear?

Let us know on our Google+ Page what you think Samsung needs to do to make their Galaxy Gear smartwatch a "must have" item rather than a gadget to entertain friends and family.