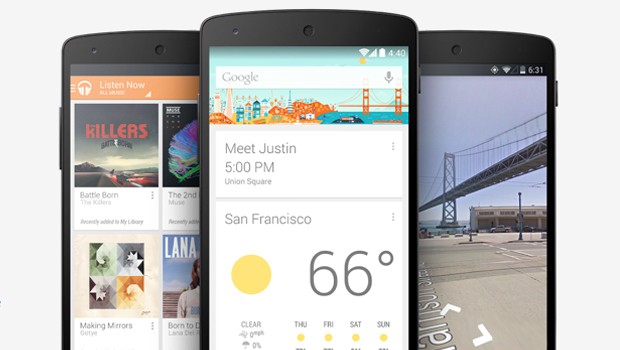 A lot of Nexus users are most likely with the process of rooting, which involves the necessary step of unlocking the phone's bootloader, in order to access access the necessary features used in a rooting procedure. Those of you with Nexus Devices may or may not be familiar, however, with BootUnlocker. It's an app that allows (most) Nexus devices that are already rooted to unlock and lock the bootloader at will, without wiping the data on the device. It's as easy as a tap of a button, and the recent update to Version 1.4, now includes support for the Nexus 5, as Android Police is reporting. 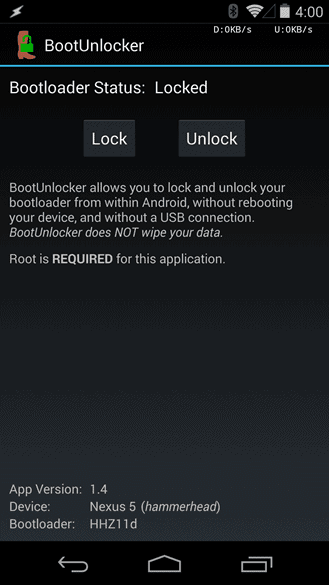 As well as the Nexus 5, the app also supports all the recent Nexus phones. That means the Galaxy Nexus, Nexus 4, and Nexus 5 all are capable of running this app. The app manages to control the bootloader by accessing a single memory location on the param (sometimes also referred to as misc) partition. This 'switch' can be flipped back and forth easily, and since it doesn't resort to using fastboot, the phone's data is safe, and is not affected. As mentioned earlier, the user must have root access, as the partition is otherwise write protected. This – along with a decent lock screen security setup – will ensure your device remains as safe as possible. 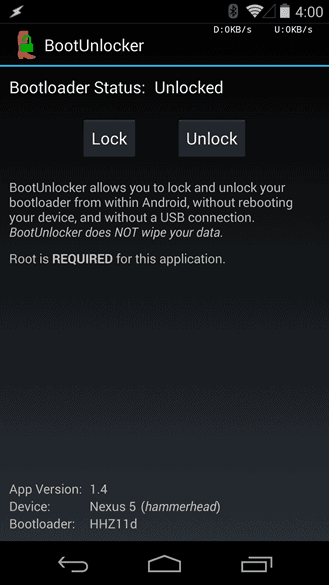 In terms of tablet support, the app supports the Nexus 10, but due to Asus' complex and intricate lock state mechanism, neither Nexus 7 tablets are supported by the app at this time (sorry Nexus 7 owners!). There is a work around, but it is an intense procedure which involves recording individual lock states (locked and unlocked) for each device. At this time, it seems unlikely that the developer will be adding such support.

If you value security and accessibility in terms of modding your devices, this app is a great asset to have. You can find it on the Google Play Store (it's open source too!). Are you interested in this app and others like it? Are you still waiting for your Nexus 5? Let us know your thoughts in the comments below!