Affordable Android tablets have been hitting the scene ever since the original Nexus 7 became a success last year and it seems like everyone has such a tablet to offer. Samsung has the affordable Galaxy Tab 3 7.0, Lenovo just released two new Yoga tablets that offer good value for money and LG’s G Pad 8.3 is a little more costly but, offers good value for money. Now, here comes Verizon with their own Android tablet, coming in at just $249, which is pretty cheap for Big Red. We knew the Ellipsis 7 was coming, it was leaked a number of times in the past month and now, Verizon has gone and made it official. Somewhat unsurprisingly though, the specs and pertinent details of the Ellipsis 7 are absent, aside from of course, how much it’s going to cost you. 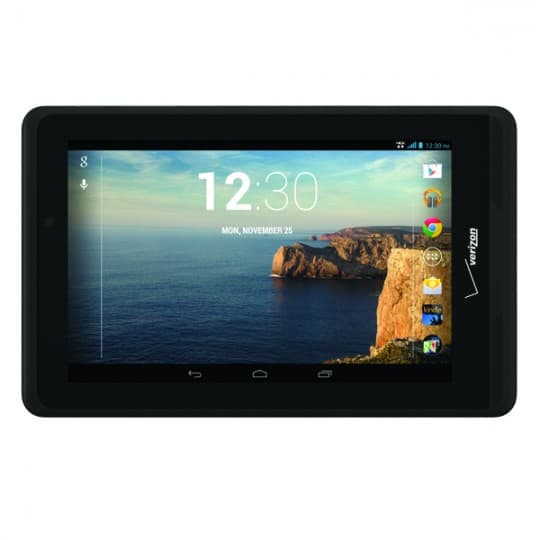 What we do know about the Ellipsis 7 is that it comes in at 7-inches with an “HD” display, which we’re willing to bet is a generic 1280 x 800 panel. Under-the-hood, you’re probably looking at a dual-core CPU and 1GB of RAM but, seeing as Big Red is keeping things quiet, we’ve no way of knowing for sure. Those hoping for a decent rear-facing camera , or even one at all will be disappointed as there’s only a mention of a front-facing camera in Verizon’s Press Release. Stock Android is the aim of the game here and while you’re more than likely going to get all of the Verizon bloatware we know you guys love, it’s nice to know that the Play Store works right out of the box.

As for pricing, the Ellipsis 7 costs $249 off-contract and works with Big red’s 4G LTE network. However, if you sign-up for a contract with the Ellipsis 7 you get $100 off the price, giving you a 7-inch Android tablet for just $149. The tablet will be launching later this week on November 7th. So, what do you guys think? Is it worth the price or a Nexus 7 a much better buy?