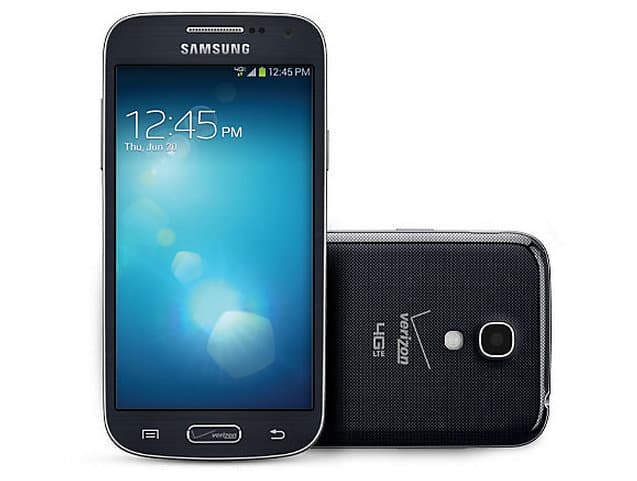 In what can only be described as a strange move, Verizon has announced both the Galaxy S4 Mini and the Galaxy S III Mini at exactly the same time. Which really doesn't make much sense at all, considering they're pretty much a whole generation apart from each other but, nevertheless these two mid-range devices are now available from Big Red. Starting with the Galaxy S4 Mini, it's available for $99.99 on contract or a disturbingly high $399.99 outright. 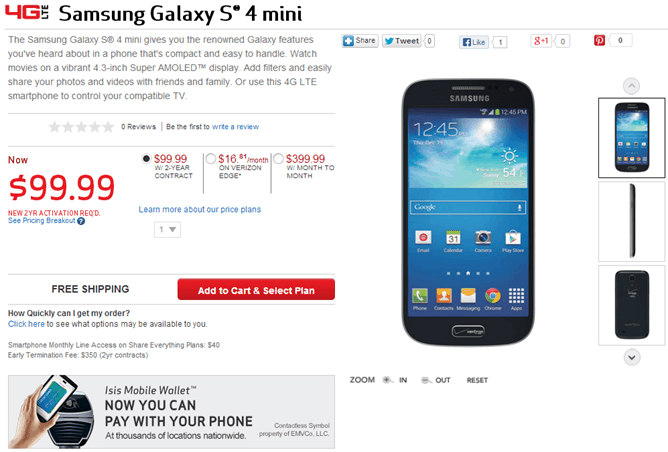 Specs wise, you're look at a 4.3-inch Super AMOLED display at 960 x 540, with a dual-core 1.7 Ghz CPU and 1.5 GB of RAM, an 8-megapixel camera and Android 4.2. Software wise, this is much closer to the Galaxy S4 that debuted earlier this year and the builds of TouchWiz included would be pretty hard to tell apart from each other. This seems to have a little more style than the Galaxy S III Mini and if you're inclined to pay a contract for two years, then $99.99 isn't a bad deal, but don't expect it to be anywhere "fresh" at the end of that period. 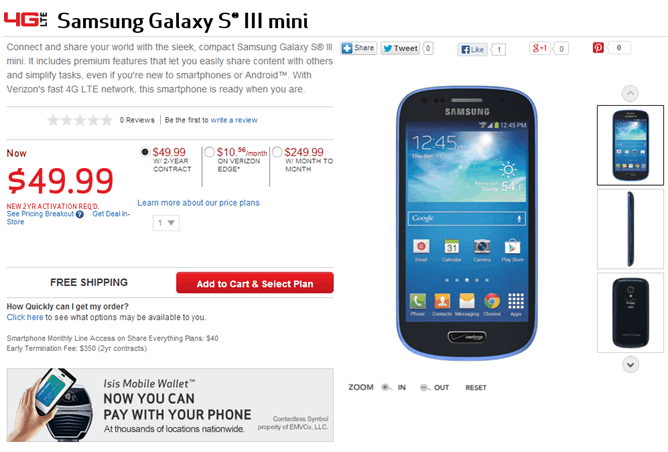 The Galaxy S III Mini comes in at half the price, at $49.99, and as you might expect isn't as much phone as the Galaxy S4 Mini. It's a little bit smaller at 4-inches, which brings with it a lackluster display resolution of just 800 x 480. Yeah, we remember those displays as well. Under the hood, you're looking at a 1.2 Ghz CPU, 1GB of RAM and the same 8GB of storage in the Galaxy S4 Mini with room for a MicroSD card slot.

So, by now you're probably wondering who's going to buy these phones? Well, it's pretty clear that these probably aren't aimed at folks like us but, more towards those on a budget or those that simply don't care about what phone they have as long as it's a smartphone. There are much better offerings for the money out there though and, the Droid Mini can even be had on Big Red for $49.99 on contract, or $399.99 outright. We forgot to tell you about the best features, didn't we? Both devices have Verizon logos on their home buttons. Brilliant.