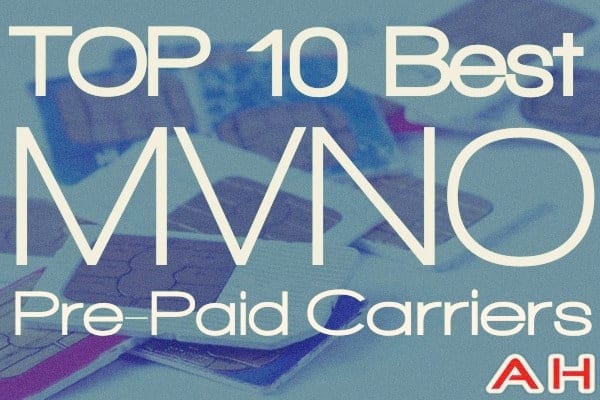 With the Nexus 4 now priced at just $249 for the 16GB version. And that’s unlocked folks. We thought we’d make a nice Top 10 of all the MVNO’s available for your Nexus 4, and soon the Nexus 5. For those that don’t know, MVNOs are Mobile Virtual Network Operators. Basically, to put it bluntly, they are carriers that run off of AT&T and/or T-Mobile’s larger networks. Unless it’s a CDMA MVNO like Ting, which uses the Sprint network. MVNO’s are very popular nowadays, especially with the Nexus 4 being so cheap unlocked. Many places you can find the same service and features as what you’re paying the big guys $100 or more per month for less than half. Here are the top 10 MVNO’s in the US. Keep in mind that before you choose one of these, you’ll want to do some research on these MVNO’s and check their coverage as well as data usage, since many of them throttle but don’t tell you when. 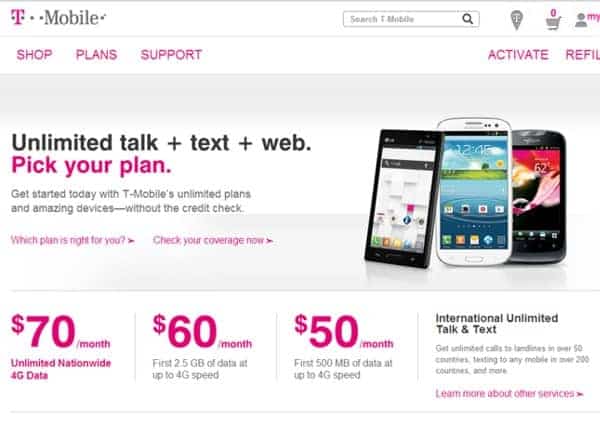 T-Mobile Prepaid has some really great plans available. Starting at just $30 per month you can get 100 minutes with unlimited texting and unlimited data (5GB of high speed data, throttled afterwards). Ranging up to $70 for unlimited everything. Yes everything, even unlimited data. If you have good coverage from T-Mobile in your area, this is a good MVNO to check out. 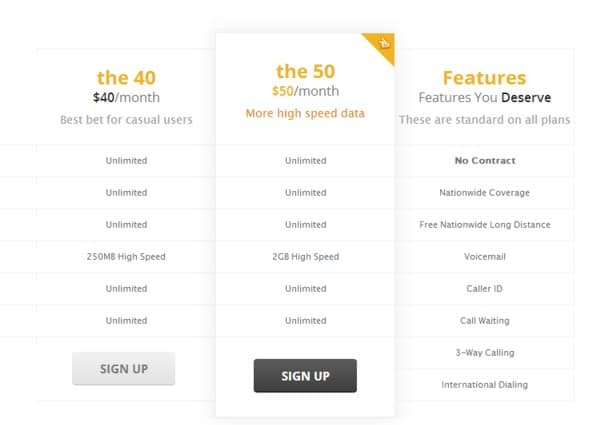 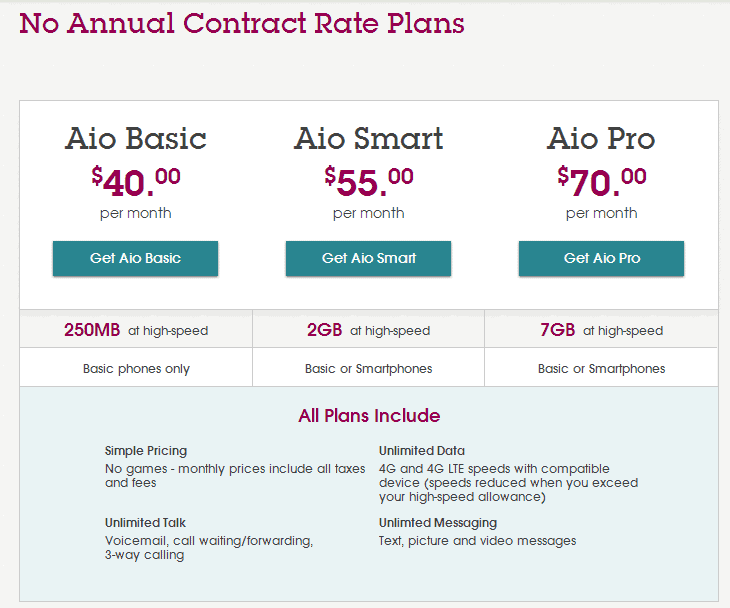 Aio actually just launched nationwide on Friday. This prepaid carrier is owned and operated by AT&T, which is currently being sued by T-Mobile for using their magenta color. Aio’s plans are rather unique here. For $40 you get 250MB of high speed data, $55 gets you 2GB of high-speed data, and $70 gets you 7GB of high-speed data. With all of these plans you get unlimited talk and text. Of course, you can also bring your own GSM-compatible phone as well. Or choose on of theirs. 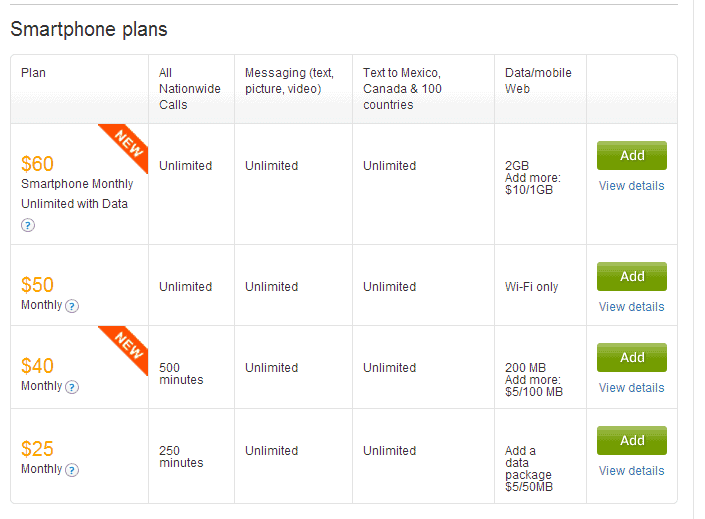 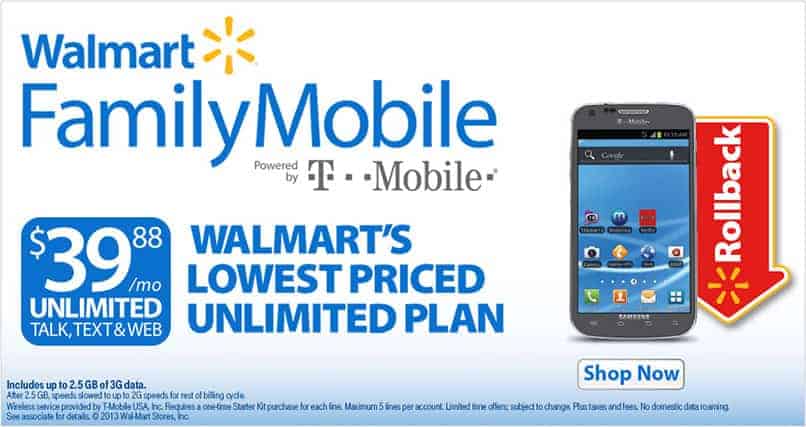 Walmart’s Family Mobile is powered by T-Mobile, so you’ll want to be sure that T-Mobile has good coverage in your area before checking them out. For $39.88/month you can get unlimited everything. But we have to point out that’s only 2.5GB of 3G data. Which isn’t a whole lot. You’ll get throttled afterwards. 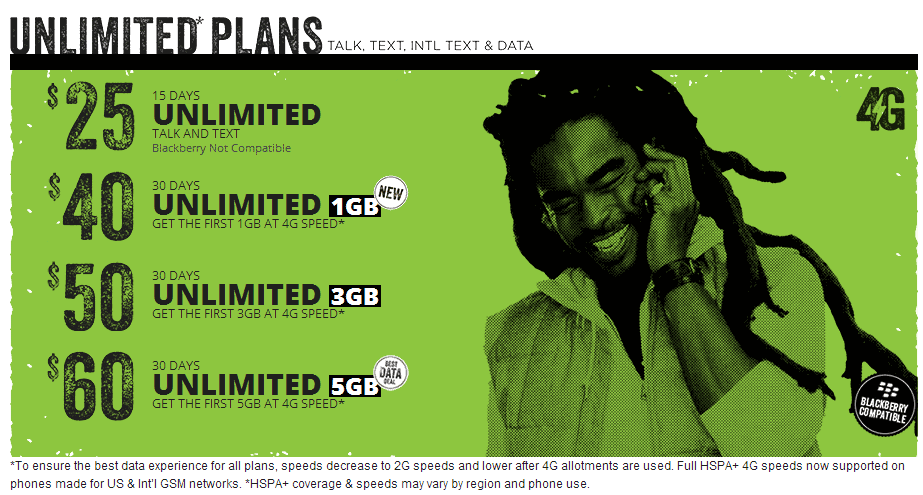 Simple Mobile works on AT&T and T-Mobile’s network and there are 3 plans that range from $40-60 per month all of them include unlimited text and talk. The $40 plan gives you 1GB at 4G speed, $50 gets you 3GB at 4G speed and the $60 plan gets you 5GB at 4G speed. After that limit, you’re throttled down to 2G speeds, unfortunately. 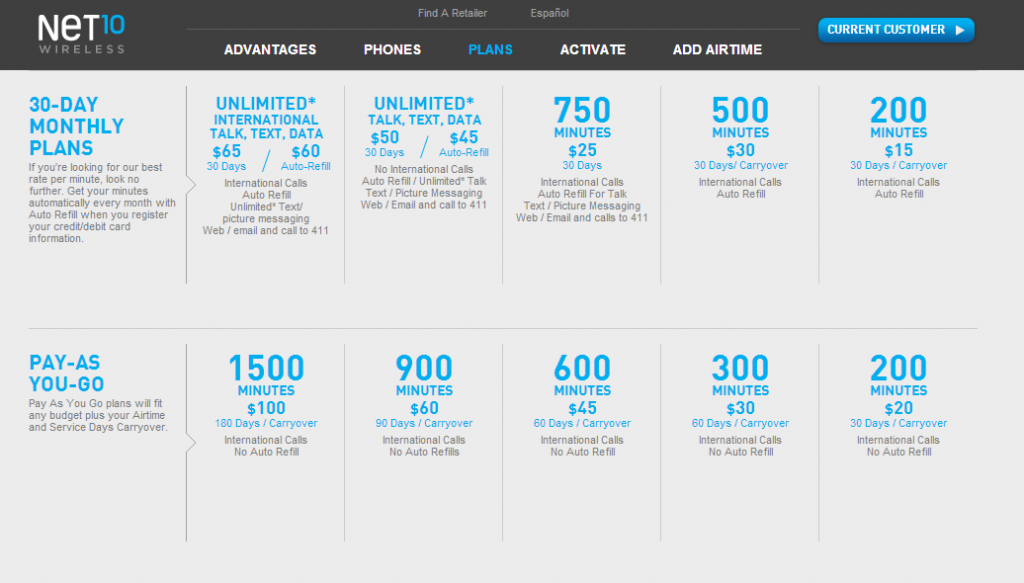 Net10 has a great monthly plan, actually a few of them. You can get unlimited talk, text and data for $65 per month. Now there’s an asterisk next to unlimited, but we haven’t heard of anyone getting throttled on Net10. However, you cannot tether your device on their network.

Solavei is a rather interesting mobile carrier. A lot of people might think it’s a scam, since if you refer people to the network you get a discount and if you refer enough people they pay you to use their service. It’s a bit sketchy, but I’m sure if you search “solavei” on any of the major social networks you’ll find a ton of posts of people trying to get others to switch to Solavei. For $39/month you get unlimited talk, text and data. However data is limited to 5GB.

GoSmart Mobile has a great plan for $45 a month that gives you unlimited talk, text, and high speed web. Of course if you are always on wifi, you can check out their $35 plan which is just unlimited talk, text an web. Probably at 3G speeds instead of 4G. 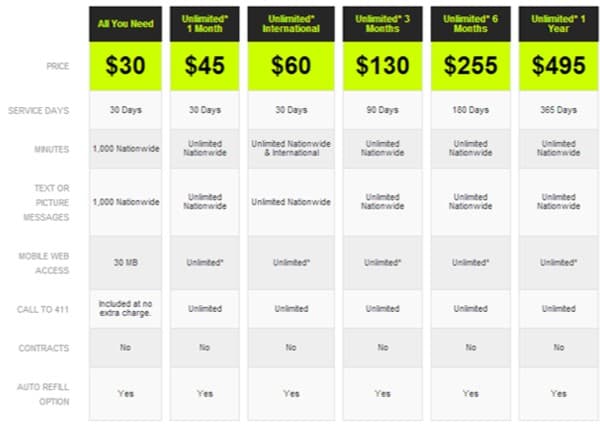 Finally StraightTalk. They are number one, because well they deserve it. For $45 per month you get unlimited everything. You can also choose between an AT&T or T-Mobile SIM, depending on which carrier has better coverage in your area. It’s a win-win.