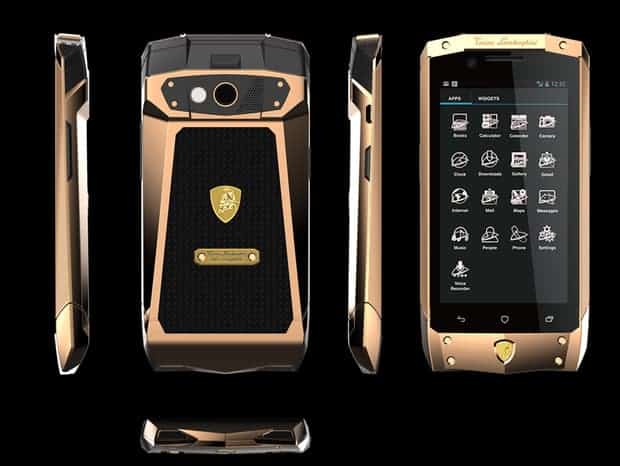 It isn’t every day we get to cover the exploits of the super rich, but today, I suppose you can say we got lucky. Meet the Antares, a new smartphone from none other than Tonino Lamborghini that basically oozes opulence. The phone, as you can probably imagine, can’t be considered a budget device in any way, as it will cost a hefty $4,000 when it launches in the US next year.

So, what do you get for that $4,000? A seemingly standard set of internals. The Antares sports a quad-core processor clocked at 1.5GHz, 2GB of RAM, and a 13MP rear camera. You’ve also got 32GB of internal storage at your disposal, but that can be expanded using the included microSD slot. While those components all fall on the higher-end of the spectrum, the screen might leave something to be desired: at 4-inches and a sub-HD resolution (960 x 540 to be precise), it isn’t exactly the most inspiring display we’ve ever heard of. Then again, if you’re spending $4,000 on a smartphone, you’re probably not primarily interested in its technical specs.

Further solidifying its status as a luxury smartphone, the Antares’ body is made up of stainless steel and leather. Gorilla Glass covers the display and helps keeps your significant investment at least somewhat safe from damage, but for that price, you should probably lock this smartphone in a titanium case. The phone runs Android 4.2 Jelly Bean with a custom interface, so you won’t even be getting the latest version of Android. There’s nothing wrong with Jelly Bean, of course, but we’d say the luxury price warrants at least Android 4.3.

The Antares will get its initial launch in China and Russia next month. After that, the phone heads to the US, Italy, and the UK in Spring 2014. Unsurprisingly, the Antares is a limited edition device, and each one will have a unique serial number printed on the back. The Antares also marks the first release in a planned line of smartphones from Lamborghini, so it looks like the company has every intention of competing in the smartphone market for some time to come. Is there a market for such an expensive smartphone? We’re tempted to argue there might just be.