Skip to content
Trusted By Millions
Independent, Expert Android News You Can Trust, Since 2010
Publishing More Android Than Anyone Else
34
Today
138
This Week
651
This Month
3677
This Year
121290
All Time For the last couple years Samsung and Intel have been working on developing a new type of mobile operating system called Tizen. Despite that Samsung is the leader in Android device sales, the Korean company has gone forward with the project at full pace. The OS has yet to gain real attention from the mobile community however, and at one point was even at risk of never being introduced to the market. After struggling through with the seemingly unwanted project, the first device running the software has earned the attention of developers in India. In October, the group of developers were sent the Samsung Tizan Z9005, and thanks to a video released by Tizen Experts, we can now enjoy a sneak peek of its features.

The smartphone runs off Tizen Version 2.2 Firmware Z9005XXMI3, and version 3.0 remains on the cusp of release.  The features are quite similar to Android and resemble Samsung’s custom TouchWiz launcher. The 9-minute video focuses mostly on the settings menu and toggles available, including a familiar built-in animated toggle bar, with quick-access options such as WiFi, Bluetooth, Auto-Rotation, Screen Mirroring, and Tethering. A QR code reader is also built-in, doing away with the need to download third-party applications. The camera app known as “Tizengram” is what you would expect from a smartphone and includes several filter and shooting mode options. 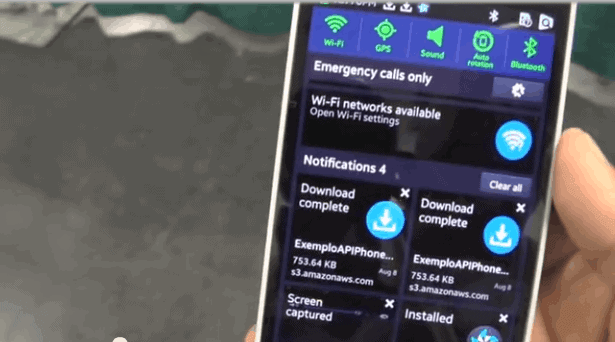 Based on Linux, Intel MeeGo, and Samsung Bada, Tizen was introduced as an open source project in early 2012. It is expcted to be implemented in wide array of mobile devices including smartphones, tablets, smart TV’s, netbooks, and in-vehicle infotainment devices. The project uses the latest in HTML5 technology, and other emerging application development standards. Source code and APK’s are available for developer download, and have been since the project was first introduced. It is unknown when the new operating system will be released to the public, but rumors suggest early 2014. With such clean features as shown in the video, Tizan may in fact give Google a run for its money.