With the Recon Jet’s December deadline for shipping the first batch fast approaching, Recon Instruments have announced a delay of a few months, meaning that the people who participated in the first round of pre-orders back in July will have to wait until Spring of 2014 to receive their devices.

Recon Instruments CEO and Founder, Dan Eisenhardt said in a statement on the company’s blog that the delay was a disappointment for himself and his team, emphasizing that they are committed to delivering a world-class product. He went on to state that by shifting the first-ship date forward, that Recon can execute the necessary re-design, polish the Jet’s functionality and deliver the product at the expected standard.

Dan Eisenhardt said the decision to implement a re-design came about after testing what should have been the final pre-production prototype, with certain aspects of the latest prototype falling short of expectations.

“The good news is that we have mapped a clear path to resolving each of the open issues. The bad news is the time necessary to execute the re-design will delay first shipments by a few months.”

In case you haven’t heard of the Recon Jet before reading this article, the Recon Jet is a heads-up display, which is mounted on lightweight, high-performance sports eye-wear featuring polarized lenses and is designed for comfort during extended periods of activity. Some of the examples of usage include cycling, triathlons and running, your typical endurance sports, enabling the athlete to view their heart rate, speed, distance covered, duration, and even to view caller ID and SMS alerts via a connected smartphone. The Recon Jet runs on Android Jelly Bean, although it almost certainly won’t be recognisable as such. 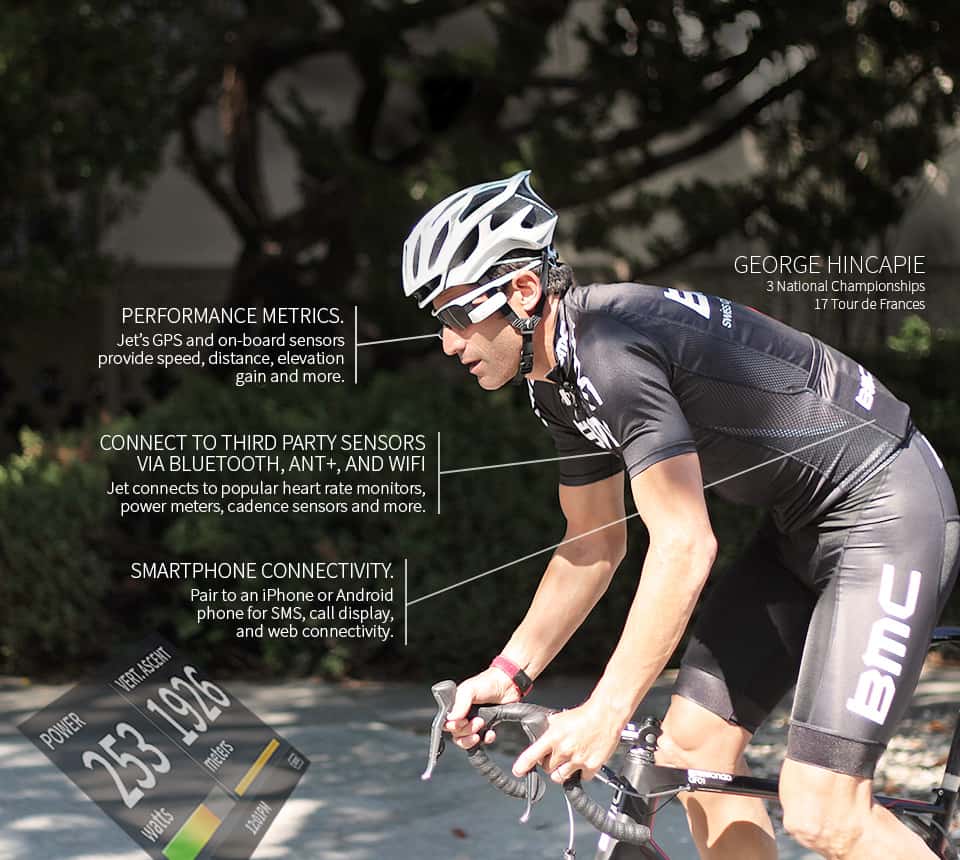 If you missed out on the previous round of Jet pre-orders, you might be interested that Recon are offering another round of pre-orders at the moment, with shipping being promised for Spring of 2014. For the next few hours(until the end of November 18th) a discount code is available (KONA100), shaving off $100 from the normal $599 pre-order price.

With the vast array of Google Glass competitors due for release by Spring 2014, is this going to hurt the Recon Jet’s chances of making an impact? or will the decision to avoid releasing a half-baked device stand them in good stead?

When you learn of a company delaying the release of their product, does it dampen your enthusiasm or does it actually increase your confidence in the company because they are trying to get the product 100% ready before release?

Let us know via the comments or at our Google Plus page.