Samsung is starting to love those Infographics – just last week they gave us one depicting their accomplishments in 2013, including the Galaxy S4, Galaxy Note 3, and Galaxy Gear smartwatch – today Samsung tells us “What Makes a Good Smartphone Camera?”  They start out by letting us know that to take a good “selfie,” with a smartphone camera, you will need the tools this infographic sets forth.

Imagining you saw a bunch of aliens wearing jerseys and playing a football game – to “legitimize” it you would want to take a selfie to show you were there.  Samsung even quotes Eminem’s famous line: “Look, if you had one shot or one opportunity, to seize everything you ever wanted, one moment, would you capture it or just let it slip?… yo!” Now, supposed you seized that “one opportunity,” only to find out that your photo was blurry – so we ask ourselves the question above.

The short answer is the camera’s sensor, not just the number of megapixels. Although not the end of 2013, analyst predict that over 1 BILLION smartphones will be sold. Another couple of interest facts: 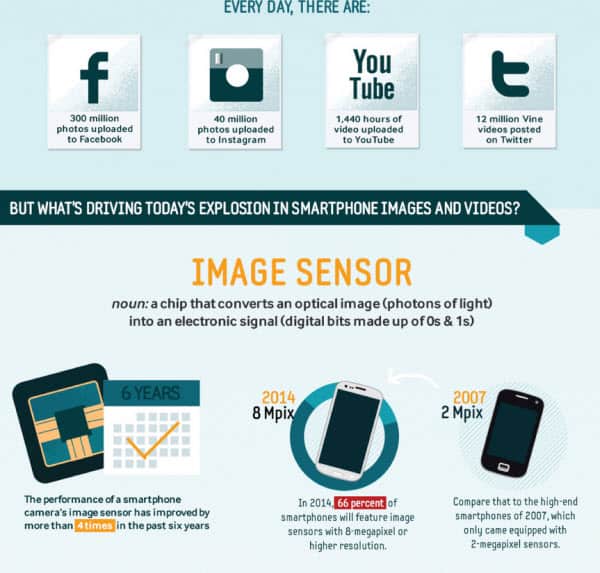 We want to stay connected to family and friends, based on the following statistics, that occur every day:

The fact that the image sensor has improved so much makes this all possible – in 2007, high-end smartphones were sporting a 2-megapixel (MP) sensor and in 2014, 66-percent of the smartphones will have sensors of 8MP or HIGHER! 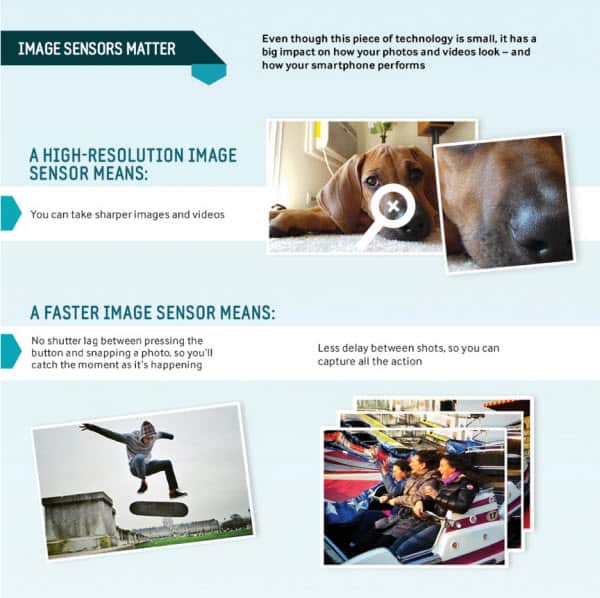 Samsung explains just how much a higher resolution sensor and a faster sensor means in for our picture quality.  With a higher res sensor, our pictures become sharper, especially if you decide to manipulate the picture by enlargement – that is where having more pixels really shines, and Samsung gives you an example of a dog’s nose.

A faster image sensor can capture those moments as they happen, and without the blur or shakiness that can creep into a shot with a slow sensor. 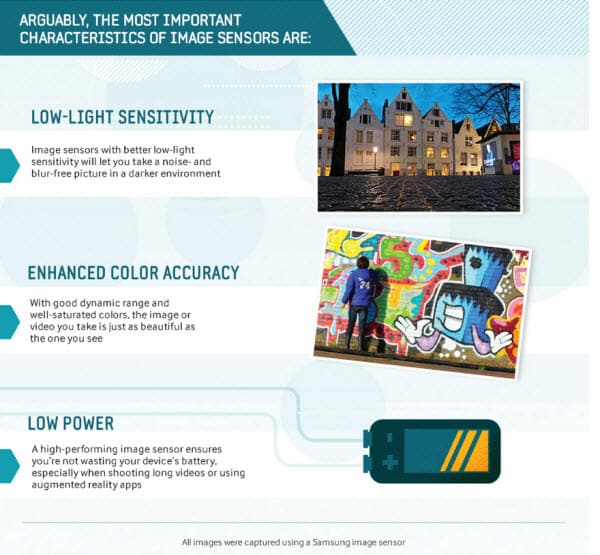 Samsung believes that the three most important aspects of the image sensor are: 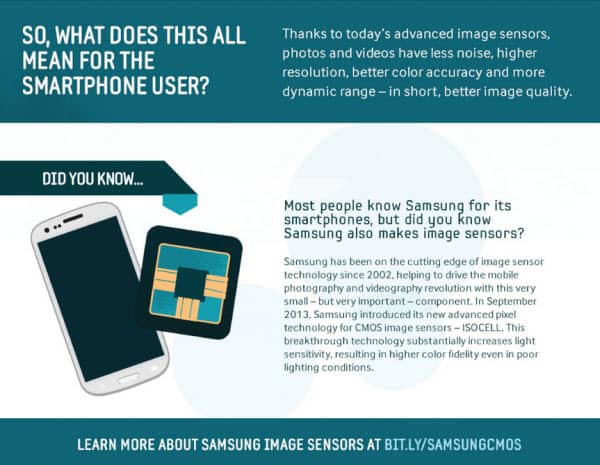 Most people know Samsung as a smartphone manufacturer, but they also remind us that they also make image sensors and have been on the cutting edge of that technology since 2002.  In September 2013, Samsung introduced its newest advancement in CMOS image sensors – ISOCELL, which should greatly increase light sensitivity, resulting in better color fidelity in low-light situations. The advances over the years in smartphone photographic capabilities lend itself to that tiny little image sensor – a small addition that has forever changed our picture taking habits, and social media that has forever changed what we do with those pictures.