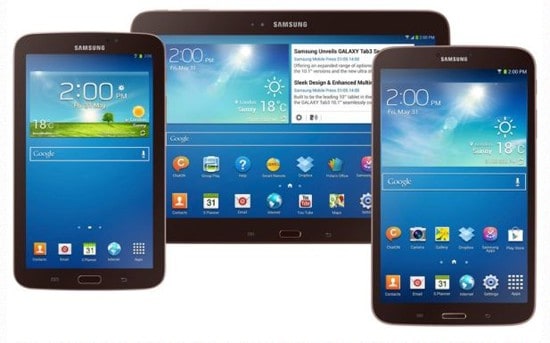 Samsung has been doubling the sales of its tablets year over year, and if things are going well, they should achieve that next year, too. Since this year they are on target to sell close to 50 million tablets, that would put them at around 100 million tablets for next year. It's definitely an impressive goal, but at the same time, it shouldn't be a very hard one to meet by Samsung.

Apparently, one way it plans to do this, is by focusing more on mid-range tablets, and probably smaller sized tablets, too. Their most popular tablet in 2013 has to be the Galaxy Note 8.0, because of its size, even though I still believe it doesn't provide excellent value for the money (it's about $100 more expensive than it should be). But thanks to Samsung's entrenched brand in the mobile market, they seem to have done pretty well so far.

Next year, we might see Samsung push tablets with more or less the same specs as the Galaxy Note 8.0, but at cheaper prices, in order to appeal to a wider range of people. For the same reason, they might drop the S-pen for these tablets, as that can easily add at least another $50 to the price. Their goal for these tablets will probably be $200-$300, but again, I think profitability will be their main goal, and not necessarily to have the best tablet on the market for that price.

I do think they will continue to upgrade the Galaxy Note 8.0, though, and obviously keep its S-pen, but they will price it at the same $400 price point as last year. Hopefully, they will at least make it a little more competitive in terms of specs next year. It needs to compete not just with this year's Nexus 7 and iPad Mini, but with the ones coming out a few months after it, too.

I'm hoping Samsung is serious about their early push to ARMv8 chips, and that all of their devices being launched from May and later that year, will have such a chip. Since they'll probably make only one such chip, then Galaxy S5 and the Note 8.0 should have roughly the same performance, just like the iPhone 5S and iPad Mini do this year. That would be a huge, and very welcome upgrade for the Note 8.0, and also all of Samsung's upcoming high-end Galaxy devices. On the other hand, throwing some mid-range ARMv7 chip in there like they did this year, would be disappointing.