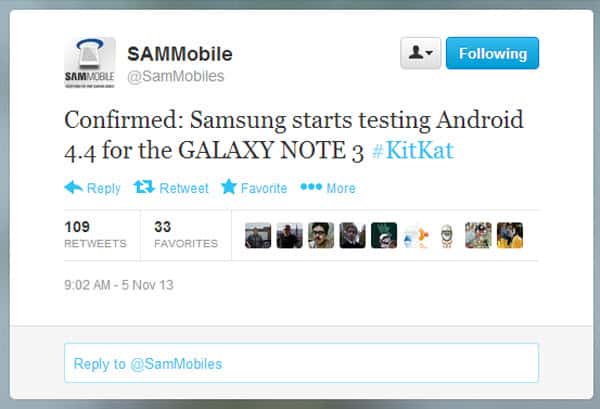 We all know the Google released their newest version of Android 4.4 KitKat last week as it arrived on their latest “pure Android” device, the Nexus 5 smartphone.  After the excitement died down (kind of), we started exploring all that Android 4.4 KitKat can offer – after all it only went from Android 4.3 Jelly Bean to Android 4.4 KitKat, not the jump to Android 5.0 that we were all hoping for, after all, what could a jump from 4.3 to 4.4 really offer in terms of new and exciting features.  Every day that goes by we keep discovering just how much Google packed into that little .1 incremental update, and the more we see the improvements that Google has made in our favorite most operating system, the next question we are all asking is, “when can we get this Android 4.4 KitKat on our device?”

The Samsung Galaxy Note 3 was the first device that came with Android 4.3 out-of-the-box, and that was only a month ago…well, if our friends over at SamMobile are correct, and more often than not they are, their tweet means the Galaxy Note 3 may be one of the first Samsung devices to receive the update, and rightly so (not just because I have one) as it is the current flagship device in their arsenal of devices.  The Note 3 is selling very well for a niche device – more than 5 million in its first month of sales.  After that we would certainly hope that the Galaxy S4 would receive the update as well, and if we hear anything we will certainly let you know. 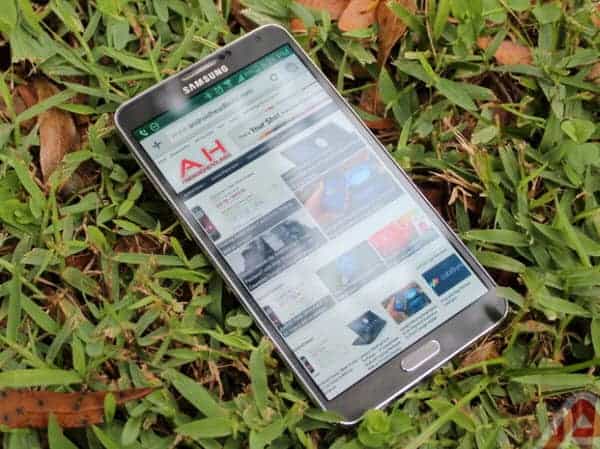 As usual with these tweets or leaks, there was no time frame given so it could still be months away from occurring, but the release of Android 4.4 KitKat would certainly make a great Christmas present for the Galaxy Note 3 users. Samsung might be thinking along the lines of doing the Note 3 owners first because of the tie-in with the Galaxy Gear smartwatch, which would certainly benefit from some of the features found in the newest Android 4.4 KitKat.

It is rumored that the LG G2 will receive the Android 4.4 KitKat upgrade before the end of the year and the HTC One would receive it sometime in January.  So hopefully, Samsung will be right in the thick of things and work on getting their devices updated as soon as possible.  There was always a lack of updating the software versions by the various manufacturers, but competition is good and we are all benefiting by getting these updates much quicker.

Let us know in the comments or on Google+ if you own a Samsung Galaxy Note 3 and are jazzed about this information.