Samsung is known for launching unique devices simply because they can. Sticking with this trend, the company has teamed up with an unlikely partner, jewelry manufacturer Swarovski. In a press release posted earlier today, the two companies have just announced the Samsung Galaxy S3 Mini Crystal Edition.

The Galaxy S3 Mini has certainly been an odd device. It was initially released internationally in November of 2012, but wasn't available in the US until September of this year. The timing of the US release was strange due to the fact that not only was it nearly a year after the international launch. but it also had already had its successor, the S4 Mini, hit the market prior to its release. Now, Samsung has crystallized the device to try make the device appeal to other demographics. 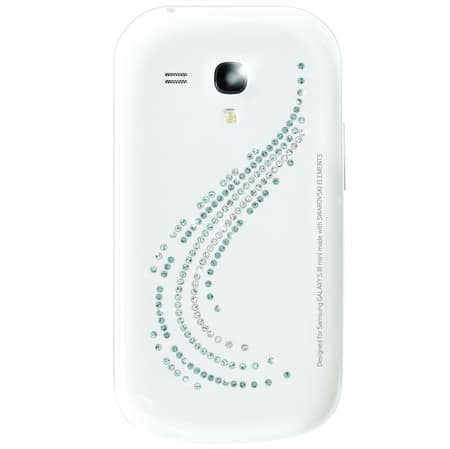 The Samsung Galaxy S3 Mini Crystal Edition is covered with 166 sparkling Swarovski crystals, coming in at just â‚¬299 ($402). Samsung is supposedly marketing this towards "fashion-conscious women". While this certainly isn't the best group of people to try and sell an Android phone to, it could potentially see some success. The sparkling device is available in Germany only starting today.

The specs of the device are unchanged and right on par with existing S3 Mini's:

Why Samsung is refusing to give up on the Galaxy S3 Mini is still a mystery. Going for almost no cost on ATT, the device doesn't appear to be doing spectacularly, especially considering the existence of the S4 Mini. What do you think? Is a Crystal Edition of an outdated phone something worth getting excited over? While it is unlikely that this device will ever see a US release, is something that anyone would be interested in?