One of the most desired next-gen flagship smartphones around, the Samsung Galaxy S5 has been receiving its fair share of rumors and concept renderings over the last six months. A new concept video comes our way thanks to O2 Guru TV, who teamed up with Gizmodo UK, T3 and TechRadar to cram the concept video chock full of new features and a stunning design. The concept video is not relegated simply to rumors, as the team has dug deep into recent hardware innovations from a plethora of manufacturers, taking the best ideas and plugging them into the video.

Taking a page from Samsung’s very own curved Galaxy Round, the concept S5 includes a curved body which can flex up to 30 degrees. The team imagines Samsung finally dropping their poly-carbonate body for an aluminum one, which will please many who think that Samsung’s products feel cheap with their plastic bodies. The S5 touts an advanced speaker system, which is likened to HTC’s BoomSound, which graces the HTC One as well as a few other HTC devices.

Here are the specs of the Samsung Galaxy S5 as envisioned in the concept video: 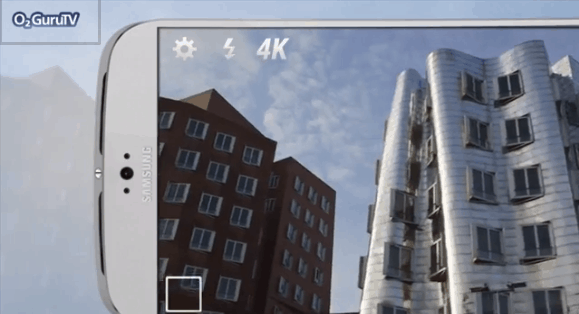 Spec wise, the team has imagined the Galaxy S5 to come touting a 64-bit octa-core processor running Android 4.4 KitKat, and an updated version of Samsung’s TouchWiz UI. The 5-inch Super AMOLED screen will include a slight curve, and the 4,000 mAh battery will ensure you have enough juice to get throughout your day.

The Samsung Galaxy S5 is expected to launch in January of this year, as Samsung has been seeing sales of the Galaxy S4 slowdown over the past few months. Samsung reportedly wants to get off to a bang in the new year, and releasing the Galaxy S5 will definitely get them off to a great start.

Check out the amazing concept video below, and let us think what your thoughts are. What features would you like to see in the Samsung Galaxy S5? We’d love to know in the comments.