Skip to content
Trusted By Millions
Independent, Expert Android News You Can Trust, Since 2010
Publishing More Android Than Anyone Else
15
Today
118
This Week
632
This Month
3664
This Year
121278
All Time ETNews from Korea is starting to churn out so pretty exciting specifications on the new Samsung Galaxy S5. For starters, it is to start in mass production in January, making way for a February or March launch – we were expecting Samsung to announce it at the Consumer Electronics Show (CES) in January 2014, so this would be about the right timing. This would put Samsung two-three months ahead of schedule, but they want to get the jump on the competition.

The site is also claiming there will be two models – a premium model with a 5-inch flexible Active Matrix (AM) Organic light emitting DIODE (OLED) flexible display and a metal casing and also a “General Model” with a 5-inch AMOLED flat panel display with a plastic case. It looks like you will be able to have your choice of curved display and metal casing or the flat-screen version in a plastic case – this may help Samsung meet their demand of metal cases that they were worried about being able to supply with the sales the Galaxy S series generates.

Both models will have a 64-bit processor, either the Exynos or Snapdragon chipset, although no exact specifications were given, you can be sure it will be faster than the current processors in use on the S4.

Both models will come equipped with 3GB of RAM, matching the Galaxy Note 3, a bump up from a 13MP to a 16MP camera, again, that has been much rumored as well. There is still no word on if the new camera will have the Optical Image Stabilization (OIS) on board or not. Now the battery – we are talking a massive 4,000mAH powerhouse here that should give tremendous usage between necessary charges. It should also run Android 4.4 KitKat out of the box with an updated version of TouchWiz. There was no mention of a fingerprint scanner or eye scanner built-in to the new Galaxy S5. 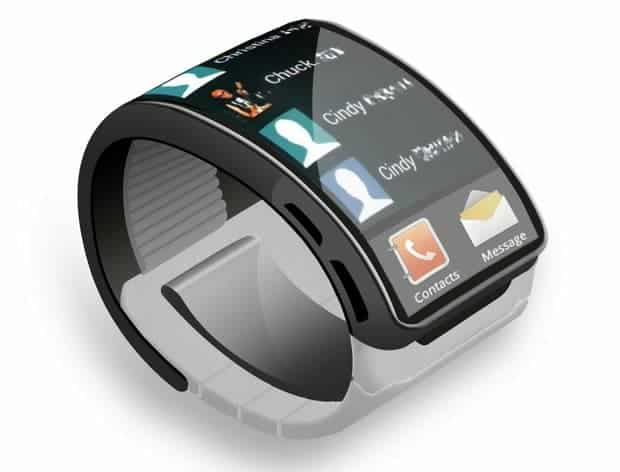 Let us know in the comments or on Google+ if you will be looking to pickup one of these monsters – and what will you go for, curved and metal or flat and plastic.