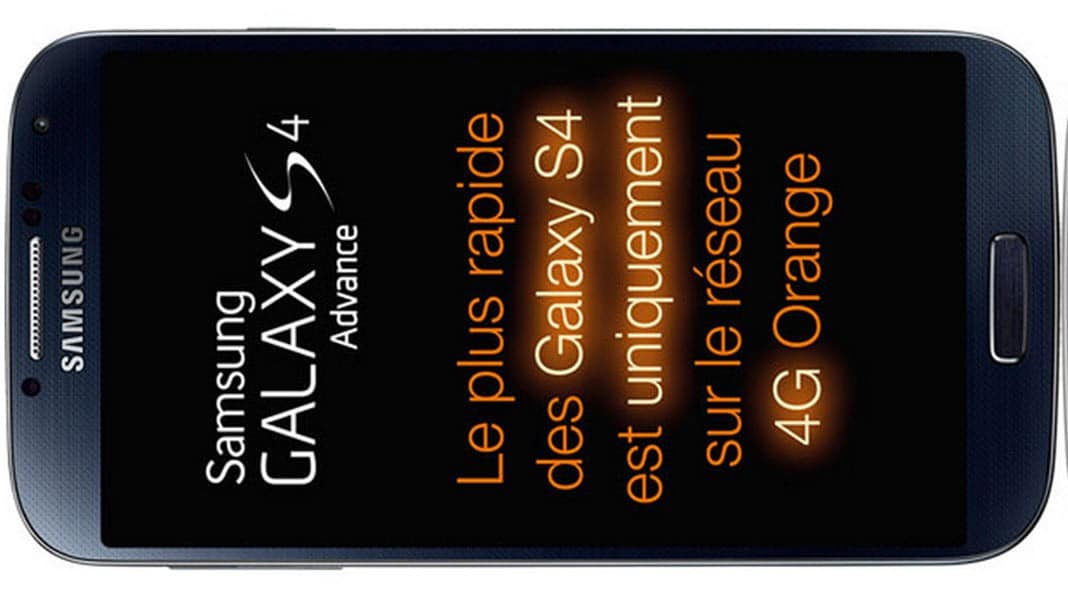 Orange France has just started offering an upgrade of Samsung's flagship, the Galaxy S4, which is dubbed the Advance.  The Galaxy S4 Advance not only has the upgraded processor, from a Qualcomm Snapdragon 600 to the Snapdragon 800 clocked at 2.3GHz, but also supports up to 150 Mbps over LTE-A.  Without a contract on Orange France, you are looking at about US$935 and for a two-year contract it will run you US$95 on their monthly plan that will cost you $108 a month.

Because of an early launch this year, Samsung was forced to use the Snapdragon 600 for their LTE version of the Galaxy S4.  Later in the year, Samsung needed an upgrade to the original GT-I9505 to support the new LTE-Advanced networks, so they came out with the GT-I9506, called the Galaxy S4 LTE-A.  Samsung has already sold this model in Korea and expanded to Germany just last month, but Samsung wanted people to know that this was indeed a more "Advanced" model than the original Galaxy S4 – which it certainly is – hence the Galaxy S4 Advance…it says it all.

The upgrade to the Snapdragon 800 quad-core at 2.3GHz is no small upgrade – that processor is the best of the best at this point. I, for one, would like to see if this helps with the lag that many Galaxy S4 owners and its critics talked about. It is understandable why Samsung used the Snapdragon 600 for the initial shipments of its LTE version…Samsung's own Exynos processor would simply not play nice with LTE networks. That is a problem that Samsung better get fixed, as LTE is here to stay and growing. Samsung wants to build and sell their flagship devices themselves and farm out the low-midrange devices for someone else to build, so they need to be prepared for the U.S. market where customers will spend the money and the LTE and LTE-A networks are growing.