Skip to content
Trusted By Millions
Independent, Expert Android News You Can Trust, Since 2010
Publishing More Android Than Anyone Else
34
Today
181
This Week
824
This Month
824
This Year
118646
All Time After the previous release of a document detailing how Samsung views the future of devices with flexible displays, it should come as no surprise that the Korean tech giant plans on bringing devices featuring flexible displays to the mainstream market in 2014.

This information has come to light via Samsung’s first Analyst’s Day in eight years, where Samsung’s heavy hitters are making presentations to investors and analysts, detailing it’s long-term plans and strategies in an attempt to boost its sagging stock price, despite maintaining growth and achieving record sales, as evidenced in it’s recent earnings call. 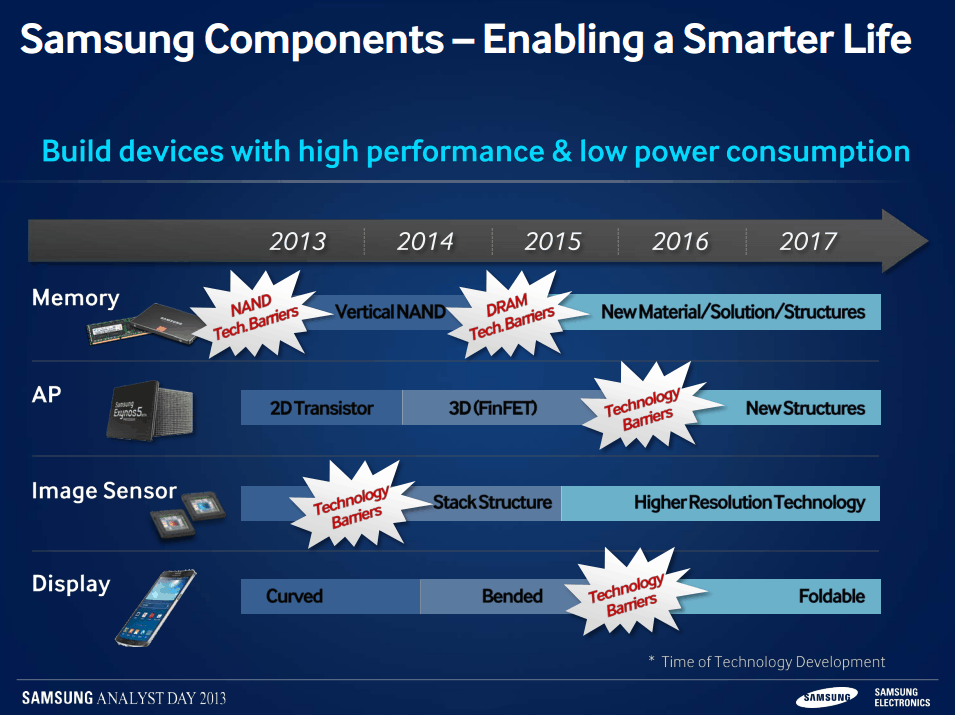 As you can see from the picture above, Samsung believe they have solved the flexible display problem, which is borne out to some extent by the limited release of the Galaxy Round to Samsung’s home market, South Korea. The Galaxy Round has a concave curved display, and contains a standard flat battery, which Samsung viewed as a weakness due to its inability to make the most of the device’s curved shape. Basically the battery was unable to ‘fill the gaps’ of the smartphone’s chassis, which limited its capacity to 2800 mAh (which is still 500 mAh bigger than the Nexus 5’s battery). This ‘weakness’ appears to be solved with Sang Jin Park, CEO of Samsung SDI, recent announcing that Samsung was ready to mass-produce curved batteries for its parent company.

2015 is when Samsung believes it will solve the problems relating to fold-able displays, with the  release of it’s first fold-able device, which could be anything from a fold-able smartphone to E-reader/Tablet/Smartwatch/etc. that folds into themselves, probably arriving in late 2015 – early 2016. 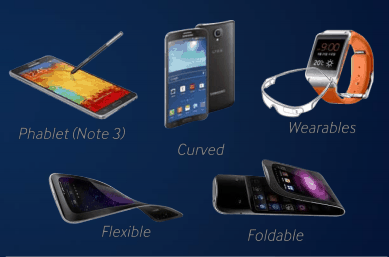 Samsung shipped 100 million mobile devices for the third Quarter of 2013, and will be looking at the flexible/fold-able display technologies to maintain its growth. With Samsung currently finalising components for the next generation of it’s S class smartphone, what are the chances of Samsung including a curved screen in its next Flagship model? Or will Samsung wait until the Note 4 to make any radical changes to its line-up?

Let us know what you think about the future of curved screen devices, and how you could best put them to use in the comments below or via our Google Plus page.