The Nexus 5 doesn’t have one of the largest batteries around for a 5″ phone with a 1080p resolution, but considering it’s running a very efficient Android KitKat versions that requires lower resources than previous versions, and together with Qualcomm’s envelope tracking technology to improve the power consumption and the heat output of the device, it may just have pretty decent battery life.

While other chips makers have started chasing performance and winning benchmarks over power efficiency, Qualcomm has remained pretty committed to making chips that are very power efficient while also being very competitive in terms of performance. One way Qualcomm is achieving that, besides making efficient CPU’s and GPU’s, is by making very efficient radio modems, too.

Considering the radios are still some of the biggest factors that use the most power in a smartphone, working hard to improve their efficiency can result in better overall battery life for the whole smartphone, too. Qualcomm’s latest modems feature a technology called “envelope tracking”, which matches the power fed into the handset, with the power it transmits. One of the reasons LTE radios consumed much more power than 3G radios is because their energy peaks are much higher than the energy averages, and they don’t use power in a very consistent way. 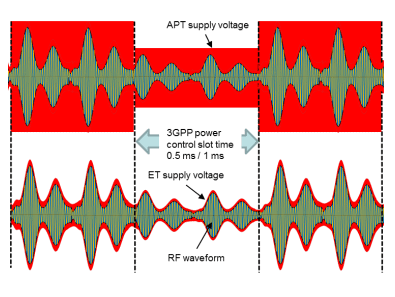 Another thing that could serve to lower the power consumption of the device is the usage of Wi-fi 802.11ac, which can either lead to higher throughput and longer ranges, or can be more efficient at the same speeds you used your old 802.11n devices for, at least until we all get to have Gigabit Internet speeds at home.

All the small improvements here and there add up and could potentially make the Nexus 5 have good battery life, despite its relatively small battery for its size and resolution.