Skip to content
Trusted By Millions
Independent, Expert Android News You Can Trust, Since 2010
Publishing More Android Than Anyone Else
26
Today
68
This Week
251
This Month
2917
This Year
112980
All Time Google Fiber, the highly revolutionary 1Gbps fiber-optic  internet and TV service offered by the Search Giant, has arrived in Provo, Utah right on schedule according to Droid Life. Earlier this year, Google announced that Fiber’s next stop would be in Provo, Utah and that they had acquired the preexisting fiber-optics company, iProvo:

In order to bring Fiber to Provo, we’ve signed an agreement to purchase iProvo, an existing fiber-optic network owned by the city. As a part of the acquisition, we would commit to upgrade the network to gigabit technology and finish network construction so that every home along the existing iProvo network would have the opportunity to connect to Google Fiber.

This was a smart move by Google, as it allowed them to have something of a foot in the door before they even began to install the service. iProvo’s preexisting network of Fiber Optics provides Google with a fantastic place to start as well.

As a refresher, those who sign up to use Google Fiber will be able to simply access low-speed 5mbps internet for free, 1Gbps Internet only for $70 per month, and then HDTV and Internet (as well as a Nexus 7) for $120 per month. With the average household getting about 7.4mbps, Fiber intends to provide baseline internet to all, and then also provide internet four times faster than the average to all for a steal. Perhaps, as Fiber becomes more prevalent, Comcast, Verizon Fios and the like will be forced to offer similar packages.

With speeds that Fiber offers, users can Download content in a fraction of the time that it once took. At the demonstration when it was first unveiled, they compared the broadband speeds of two computers – one on Fiber, one on not. Seeing HD videos download in seconds and upload in under a minute was almost breath-taking, and needless to say, made us all very jealous. 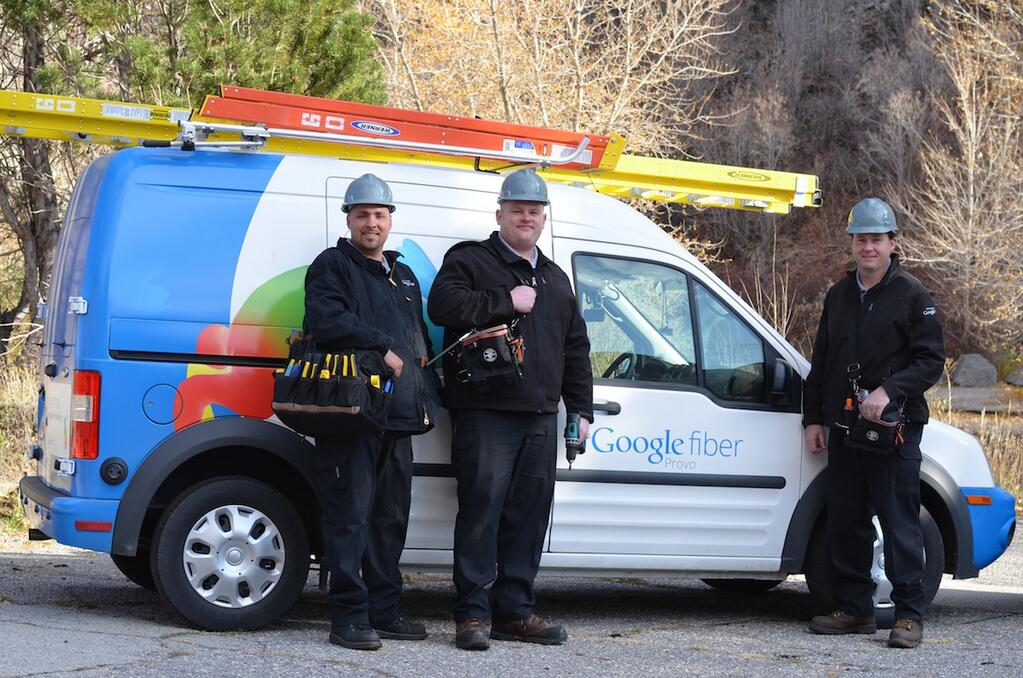 For now, we can celebrate for Provo as they become Google’s third choice for Fiber since its start in 2011. Kansas City was the first location, and Austin Texas was the second. Are you interested in getting Fiber? I know I am. I hope Google makes its way to the Northeast (preferably Boston) sometime soon!