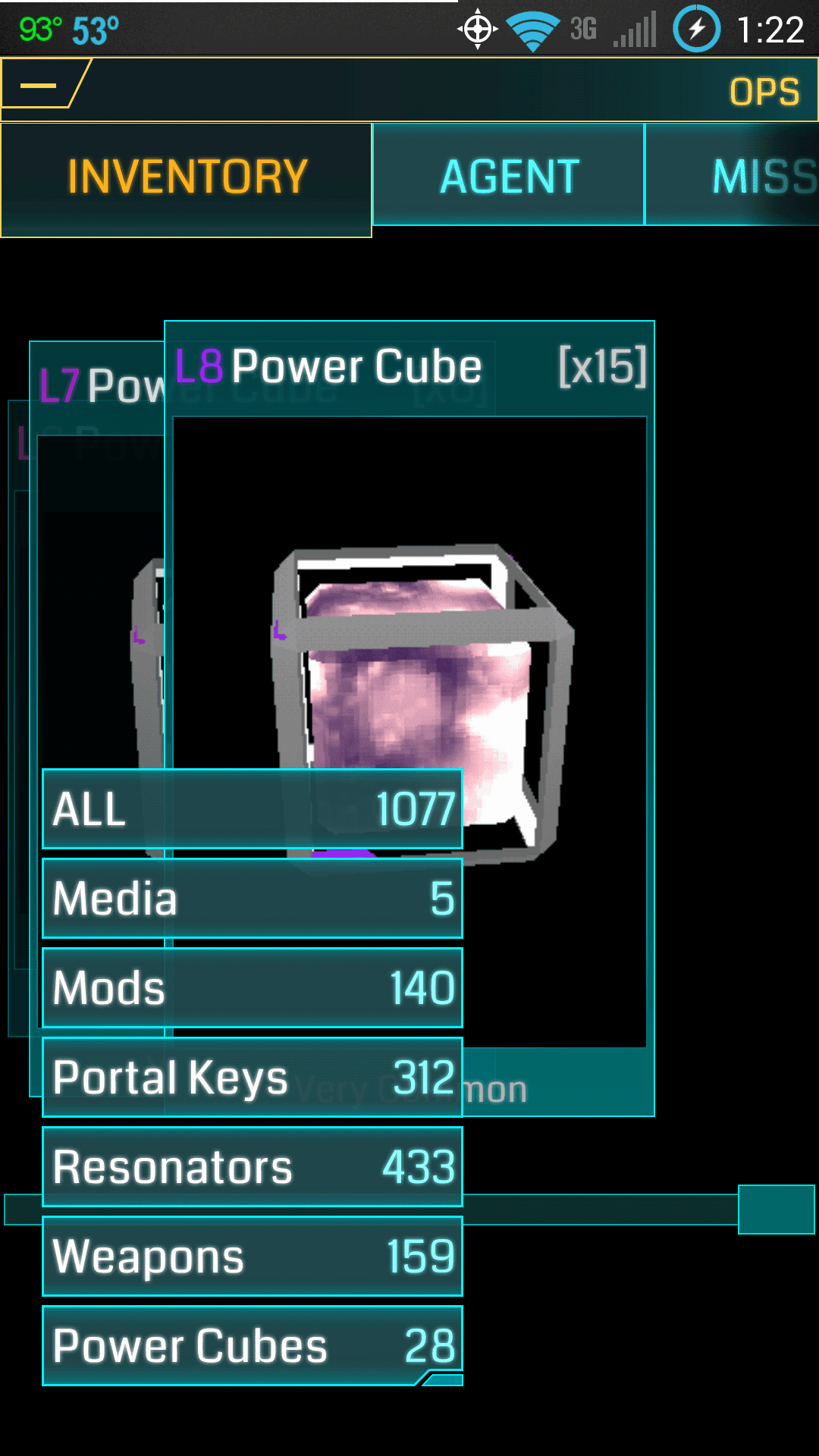 Earlier this year, Ingress put in an inventory cap on the items you can have in your inventory. The cap was set at 2,000 items. And they've steadily been adding more and more items that you can pick up. But they haven't raised the cap. Until now, there was no real way of seeing how close you were to the cap without actually counting each one of them. I'm not sure how many of us can count that high anyways…kidding.

Following today's news of Ingress exiting beta on December 14th, Niantic has also pushed out a new update to the app which includes an inventory count. Which is really nice to have. They've also removed the "spam fire" ability. Previously you could scroll to the XMP you wanted to fire from your inventory, then fire it and immediately click the Ops button to take you back to the previous inventory item and report. Now you'll go back to the scanner after hitting fire, instead of firing the XMP from the inventory screen. Additionally, the recharge screen also has a new efficiency bar graph to show how much is left to recharge.

Other than that, there's not much that is new in this updated version of Ingress, which is v1.39.1. But having the inventory count is definitely going to be huge, especially for those that have a lot of stuff in their inventory. Luckily, instead of dropping stuff, you can just recycle them for more XM. Which is always great when you're in the middle of a battle. The update is available now and is in a staged rollout, we believe. But we've got the APK thanks to our friends over at Android Spin. Which is down below for those that want to install the update now. Let us know what you think of the update in the comments below.