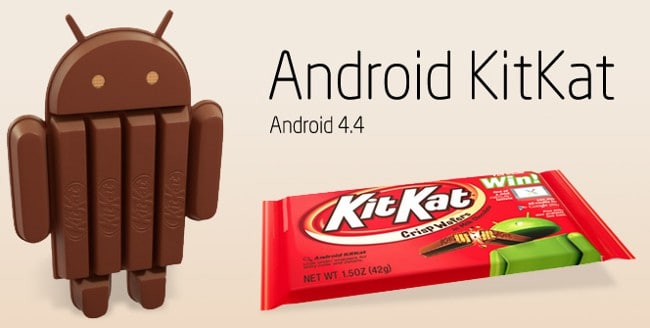 Just when you thought that Google's Nexus One was about done for, here comes developer teaxsice with a custom ROM built off the Android 4.4 Kit Kat code. Take that Original Galaxy S. The Nexus One was of course Google's first ever device(made by HTC) to feature what they really wanted as a representation of Android in it's true form, and in it's day it was awe inspiring and sought after by many. But, as all things come to be so must they end. This is the case of every nexus device when it becomes too dated, Google stops pushing out OTA updates and your phone feels left behind and unloved. 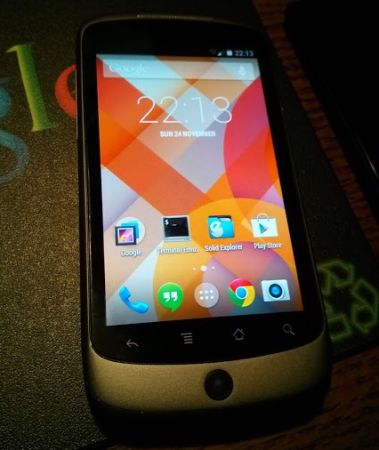 Thanks to the developer community though, updates keep on coming through the way of Custom ROMS. This new custom ROM for the Nexus One is called Evervolv Kit Kat 4.4, and it brings all the things you love about Kit Kat, or presumably would love if you had it on your Nexus One. Before you go looking to flash this to your device, be aware that there are some bugs with it and its not completely polished yet. So if you decide to take the plunge and flash this custom ROM, you are doing so at your own discretion and you are solely responsible for anything that happens to your device. You also may want to make sure that you are OK with the ROM in the state that it currently is. If Texasice went this far to bring Kit Kat to the Nexus One, it will more than likely be updated and eventually run smoother with less or no bugs, but if you want to flash now be forewarned about certain things that may not work.

Evervolv 4.4 includes pretty much all the stuff you'd see in kit kat elsewhere: This includes most of Google's basic features like the home screen dots that represent which page you're on, the new app drawer button, and the transparent status bar. It also has some tweaks and modifications baked in to have that nice custom ROM feel to it. Music playback via the volume rocker, a theme manager kit, custom lock screens and an enable/disable toolbox are some of the mods texasice has put in. As for what doesn't always work right, he states that 3G data is not always stable, the camera preview button is broken, video recording is a no go, and you won't be tethering via USB right now.

If you wish to install this custom ROM on your old Nexus One, you can do so by hitting this link. Before you do that though you also need to make sure to grab and flash the custom bootloader called BlackRose, as the stock one won't leave you enough space to load up the Kit Kat ROM. Some other apps have also been taken out by the dev, (which are all listed in the xda thread for the ROM) but you can always install these back from the play store once you have everything up and running. So, who's going to give this a try?