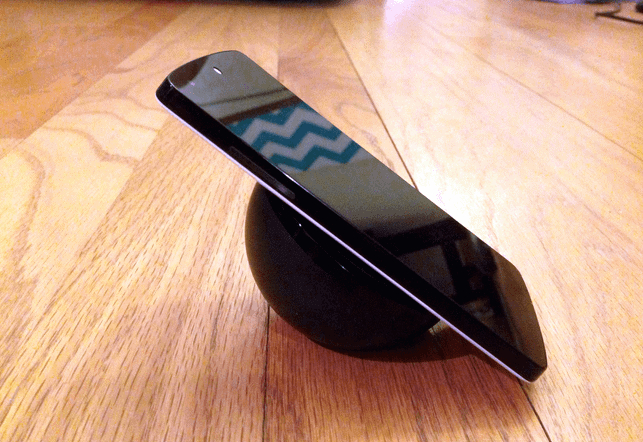 This evening, Phone Arena can confirm that the Nexus 5 is compatible with the Wireless Charging Orb which Google Play was selling up until a few weeks ago for about $60. So it's good to know you didn't spend $60 on a charger that only works with the Nexus 4. Hopefully the Wireless Charging Orb goes back on the Play Store for sale for the Nexus 5, as it's a really nice wireless charger that seems to work pretty well.

So is there really any news here? Not really. But this is something I've been hearing from a lot of people. Asking if the Nexus 5 worked with the wireless charging orb. So hopefully this answers some of our readers questions. If you have any others, leave a comment below and we'll try and answer it for you.