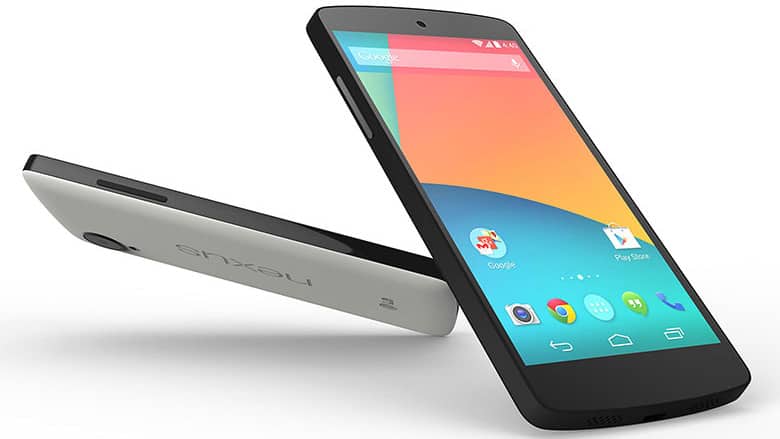 Yes. Yes it will. The Nexus 5 fully supports all of AT&T's 2G, HSPA+, and LTE network bands. If you get AT&T service where you live, the Nexus 5 will work without a problem. Let's break things down a little, shall we?

AT&T operates 4 different network bands right now. Their 3G service runs on the 1900 and 850 MHz bands. That's bands 2 and 5. AT&T's 4G services run on bands 4 and 17. The company is looking to expand their LTE network to run on band 29 and maybe band 30 in the future, but that deployment won't begin until next year. Bands 29 and 30 will probably only be used to supplement AT&T's LTE service in big cities. You might never see it unless you are in a major metropolitan area.

The Nexus 5 supports WCDMA (3G HSPA+) bands 1/2/3/4/5/6/8/19. Supported LTE (4G) bands include 1/2/4/5/17/19/25/26/21. That covers all of AT&T's 3G and 4G radio frequencies, so the hardware support is definitely there. Where you may run in to an issue is on the software side. AT&T is not selling the Nexus 5 on the Play Store the way Sprint and T-Mobile are. That means that AT&T is not going to have the Nexus 5 device IMEI profile in their system. The full device provisioning (APN settings, etc) will not be listed for AT&T representatives to assist you in setting up your phone. If you already have an active AT&T SIM, you can just pop it in to your Nexus 5 and any settings you need should be pulled from the network to your phone. If you are new to AT&T, you could hit a snag here. This is why Google doesn't list AT&T as having "Supported Service."

All of that to say that your Nexus 5 will work fine on AT&T. You may have to dig through some forums to find the correct provisioning settings if you're a new AT&T customer. The Nexus 5 doesn't support band 29 LTE either, but that won't prevent the phone from working just fine on AT&T's current 3G and 4G networks.