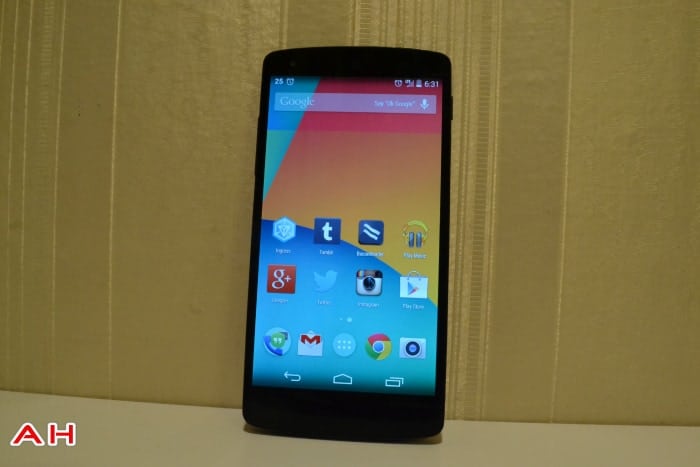 It's been a little over three days since the official launch of Google's new flagship device the Nexus 5, and already it's the talk of the town. Are you one of the lucky people that was fortunate enough to order theirs already? Hail to the early adopter, because you get all the fun of using a brand new fresh device before many people even think about buying theirs. You get to see first hand all the good stuff along with the potentially bad, and still get to love it all the same.

As most of you may remember, the launch of last year's nexus 4 was all but a desirable situation and to say the least there was a lot of backlash of angry customers blaming Google and LG for the shortcomings and lack of production. This time around, the launch of the Nexus 5 hardly saw the same fate. The initial launch batch of devices sold out extremely quickly, and the lucky ones that put their orders in earlier enough are already starting to see their devices show up on their doorsteps.

Our own Tom Dawson was one of these lucky "blokes" and has already done us the favor of giving us a quick look and unboxing of the Nexus 5 in all it's glory. It gives us something to look forward to when we all order our own devices. Those not so lucky, placed their orders just a little too late and promptly received a response that their order may take upwards of 2-4 weeks to ship. Usually when ordering a device or product from Google Play, you get it in your hands about 3-5 days after the ship date. Not only that but it seems there might be shipping delays as well. This time Google did us all a solid by at least letting us know ahead of time the wait that's to be expected upon purchase. Long story short, some customers might not see their new Nexus 5's until anywhere between 3 and 6 weeks.

That's the unfortunate result to not waking up earlier enough to be among the initial production run buyers. All will be worth it in the end however once you power on that shiny new phone. While some people have gotten lucky due to early ship dates and early arrival of their new device, it goes without saying that you shouldn't expect to see the same results. That doesn't mean you won't get lucky too of course.