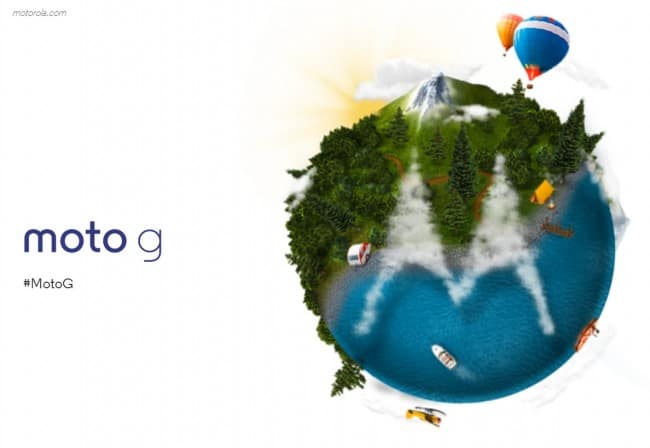 The more affordable version of the Moto X that we've been hearing about for months is finally about to be announced. Earlier in the week, Motorola launched a landing page (moto-g.com) that teased a new device coming soon. We now know that this affordable device is going to be announced in Sao Paulo, Brazil next week at 9AM EST. At first, we thought that the affordable Moto X could be called the Moto DVX but, thanks to @evleaks and other leaks coming from the UK we know it's the Moto G coming. Thanks to the leak from the UK, we also have a pretty good idea of what the specs are going to be, too. Take a look:

We know the device is coming to the UK and presumably to Brazil but, other than that we're not sure on where the device is headed. There's no mention of LTE anywhere, so this is likely a device for developing markets or those on a fairly tight budget. Such a device might do well here in the States if it were priced right but, without LTE it's probably not going to be looked upon favorably by the carriers. Especially when you consider that even Verizon can sell a $249 tablet with 4G LTE built in.

It's likely too, that due to such a low price, headlining features of the Moto X won't be making the cut. Such as the cool, always-listening feature tied to Google Now. In the UK, the device is said to be launching on contract for absolutely nothing, with cheap tariff pricing. In places like Latin America and Asia though, Motorola will have to sell the device at a low-cost completely unlocked as that seems to be the law of the land in those regions.