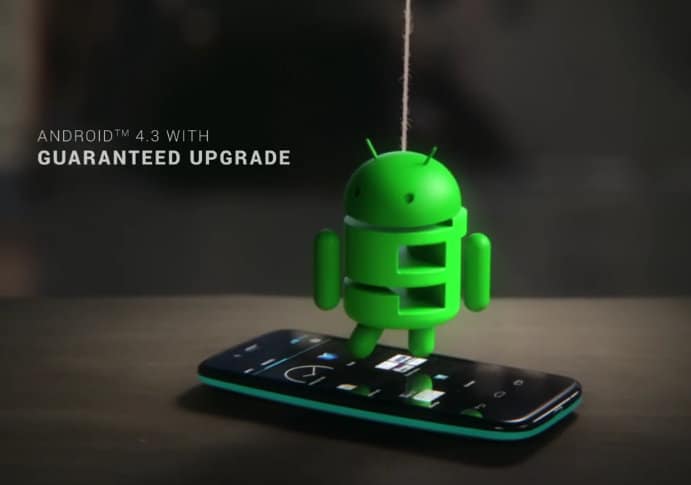 When Motorola announced the Moto G, we were taken aback by the specs included with the device and the overall package that you can buy for just $179 US. Launching a new phone has always been tricky for Android manufacturers, even if you're owned by Android's own creator, Google. It's never as easy as we think it is to launch a smartphone with the very latest version of Android available, unless of course, we're talking about a Nexus. However, Motorola made a promise to update the device to Android 4.4 KitKat in January of next year. Already making the Moto G one of the first devices in line to get the update to Android 4.4.

When the device launches in the US in January however, it will be launching with Android 4.4, KitKat. As Android Central is reporting, regions that are part o the "Wave 2" launch of the Moto G – including the US and parts of South East Asia, will ship with Android 4.4 KitKat pre-installed. While that does mean that the Moto G is definitely going to miss out on holiday sales here in the States, when it launches, it'll have one more string to its bow. Even when compared to higher-end devices.

The Moto G is certainly a great prospect coming in at just $179, and when it launches with Android 4.4, it could be a success for Motorola, starting off 2014 in style. However, with CES dazzling savvy consumers with the latest and greatest, it might be hard to be as impressed with the Moto G as we are right now. However, the Moto G isn't meant for such consumers, instead, it's meant as an Android experience that almost literally everyone can enjoy. It's available across most of the globe, comes in at a very attractive price tag and is sure to be a hit among teens and those not too interested with blazingly fast speeds and a myriad of features.