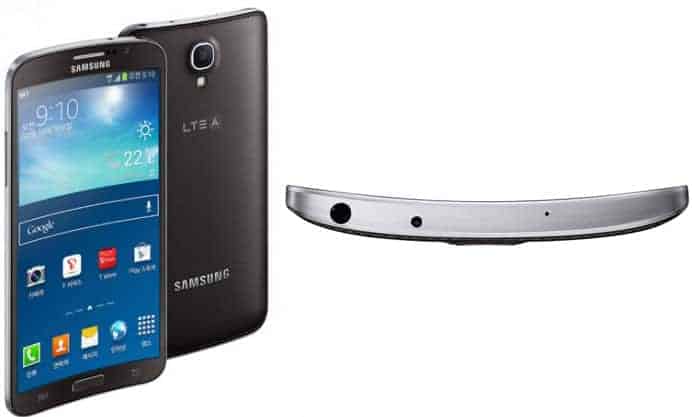 When Samsung announced the Galaxy Round, beating LG to the punch, we were all a little surprised that the device was destined to never leave South Korea. However, it's only really meant to test the waters so, that sort of makes sense. However, with the LG G Flex said to be launching Worldwide, it does beg the question as to why Samsung doesn't feel like the Galaxy Round won't do well outside of Asia. As with many other devices launched in Asia, there are ways of getting the Galaxy Round in the US. Of course, it's going to cost you.

How much? Well, how about $1,129.50 plus taxes? Yeah, we had the same reaction, too. Reputable online seller, Negri Electronics has the Galaxy Round listed as "on backorder", which could mean that they're awaiting more stock from South Korea. A week or so ago, Negri were selling the Galaxy Round with a shipping time of around a week. Now, it seems like they're sold out so, we're assuming that more stock is on the way but realistically, how many people are going to pay that much for a smartphone that might not even work on their own network?

It's an interesting question but, the Galaxy Round is certainly not a device that has instant appeal to most people. The curved display is a great feat of engineering but, to the average smartphone user it doesn't really offer any benefits at all. Not just that but, the internals of the device are essentially a Galaxy Note 3 so, anyone that did want a large device, a Snapdragon 800 and even some faux leather could simply buy Samsung's latest "fonblet" and get an S-Pen as an added bonus.

For smartphones utilizing flexible displays, things are still quite early in 2013 and so, 2014 looks set to be the year that Samsung and LG make earnest attempts at selling their new technology to consumers everywhere.