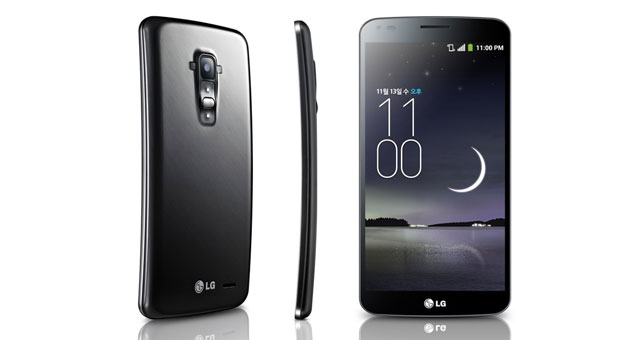 Yesterday might have been the Nexus 5 and KitKat's big day but, that doesn't mean that other smartphones and devices cease to exist. In fact, it looks like LG is getting ready to move with their first flexible display-touting device, the LG G Flex. According to Korean media, LG is said to be displaying the G Flex in Seoul for all the press to see and generally drum up some more buzz for the device. Both the Galaxy Round and the G Flex might be brilliant feats of engineering and design work but, the general community is less than impressed. These new designs and devices certainly have their work cut out for them when it comes to convincing consumers that these curved displays offer some added value. 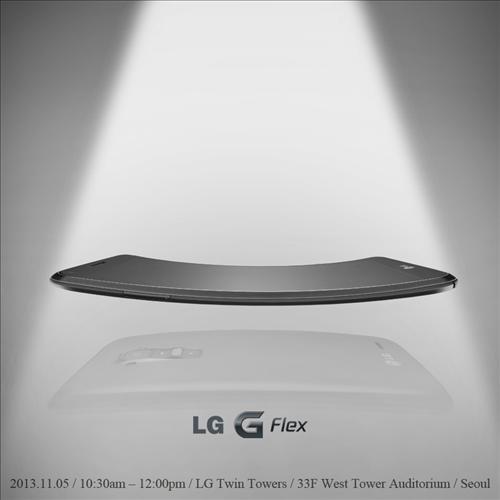 As well as this, the G Flex is apparently headed for a wider release later this month, Korean sources are saying the device could launch around the middle of November. Unlike Samsung's Galaxy Round, which is very much destined to stay in South Korea, the word is that LG might be willing to distribute the G Flex to other markets around the world. It certainly wouldn't be a bad idea to test the waters on an international scale but, at this late stage in the year, we question how much mileage LG is going to get.

As a smartphone, the G Flex casts a strange shadow even without the curved display. Coming in at 6-inches with just a 1280 x 720 display resolution, it's hard to imagine such a device appealing to the average consumer even if it were a straight, slab of a device.

Flexible display technology might have finally become a practicality but, its popularity still needs to be proven and much like wearable technology, it's too early to tell if these devices will catch on or not. The G Flex and the Galaxy Round are just the start however, as we have no doubt that 2014 is going to be full of devices with flexible displays, at least from Samsung and LG.