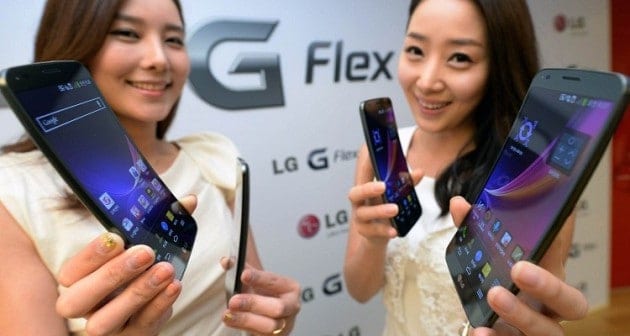 LG's flexible smartphone that can actually physically flex a little has been hitting the news a fare bit over these last few weeks. Not just because it's a smartphone with a flexible display but, because LG have decided to make this its own smartphone. Rather than doing what Samsung has done with the Galaxy Round and simply curving an existing smartphone, the LG G Flex offers a somewhat unique experience. The G Flex still shares a lot of DNA with the LG G2, which is hardly surprising but, there are differences to the software, as you can see in the video below.

LG is really trying to sell an almost emotional experience with the G Flex here, trying to utilize that curved display with software and making the most out of the 6-inch size. Multi-window makes a return here and can be activated by holding down the back button, and then selection which app to go where. Other fun inclusions feature opening a digital curtain to get to your videos and more.

It's a shame we can't speak Korean, otherwise we'd have a little more info for you but overall, it looks like LG has built on top of what they did with the G2 and added some little extras. The lockscreen wallpaper that moves as you move the phone for instance, and the colored LEDs on the back buttons that flash when you're taking a selfie, telling you exactly when to pull that funny face.

The G Flex has been rumored to be coming West a number of times before but, so far the only carrier to say whether or not they're carrying it has been Orange, in France. Unlike Samsung and the Galaxy Round however, LG is making an actual product out of the G Flex, and not just a shortlived experiment that can be bought on one network in their home market.