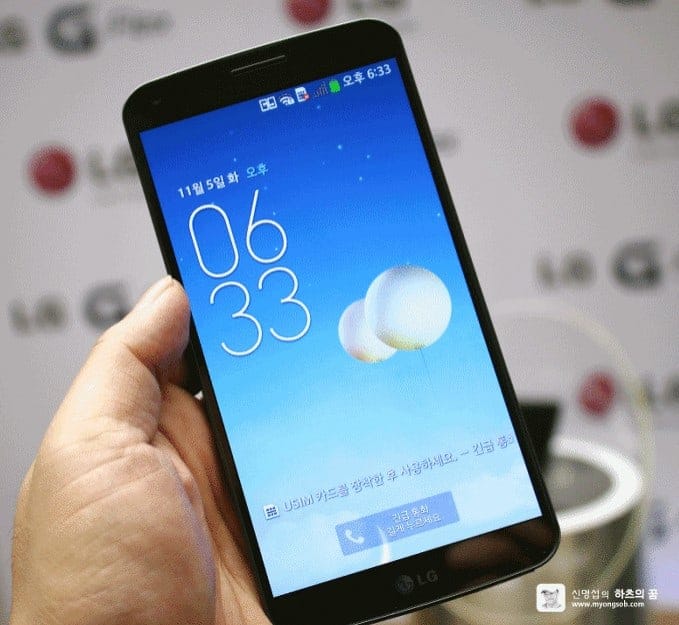 LG's G Flex has been making a few more waves recently as LG officially unveiled the device at an event in Korea. The device is clearly much more than just a slightly curved display as LG ha really put some effort into creating a pretty great all-round smartphone. The curved display is complemented by a flexible battery, allowing the phone to genuinely flex without snapping. As well as this, there's "self-healing" technology applied to the rear casing of the device that prevents scratches from becoming a permanent resident, should accidents happen to your beloved device.

No matter how good a device the G Flex presents itself, it's probably of little interest to most of you as it's more than likely to stay in South Korea, like Samsung's similar Galaxy Round. However, the fine @evleaks seems to think that the G Flex is headed to three of the four major carriers in the US, leaving only Verizon customers out in the cold but, Big Red could well be choosing to be fashionably late once again. Other than that, there's little info to suggest how much the device is going to cost and exactly when it's going to hit the US.

A launch before the end of 2013 would be pretty unlikely however, as we're pretty sure that LG might have a little more trouble producing the G Flex compared to devices like the G2. With so much new technology inside of it, it wouldn't be surprising if there were supply issues at launch. With Samsung and LG both making noise about flexible OLED-touting devices, it seems that LG has the more "innovative" device on their hands. While the Galaxy Round is arguably a Galaxy Note 3 minus the stylus with a curve across the display. The LG G Flex comes with a raft of other features to complement the flexible display and you can even apply pressure to the device and genuinely flex it. Of course, this would only mean it's perhaps a little more durable than general smartphones, not that it has any other practical uses.