Skip to content
Trusted By Millions
Independent, Expert Android News You Can Trust, Since 2010
Publishing More Android Than Anyone Else
2
Today
150
This Week
836
This Month
6544
This Year
116514
All Time

The Samsung Galaxy S5 is in the works. That much we know. At this point everything else is just rumors and leaks. Today we’re seeing a pretty good leak from French site Nowhereelse.fr. They have gotten their hands on some images that reportedly show the metal chassis of the Galaxy S5. These photos could be just a metal frame, or they could confirm the previous rumors we’ve heard about Samsung moving to an aluminum shell for the GS5. The leaked images also suggest that the GS5 will have a slightly larger screen than the Galaxy S4. 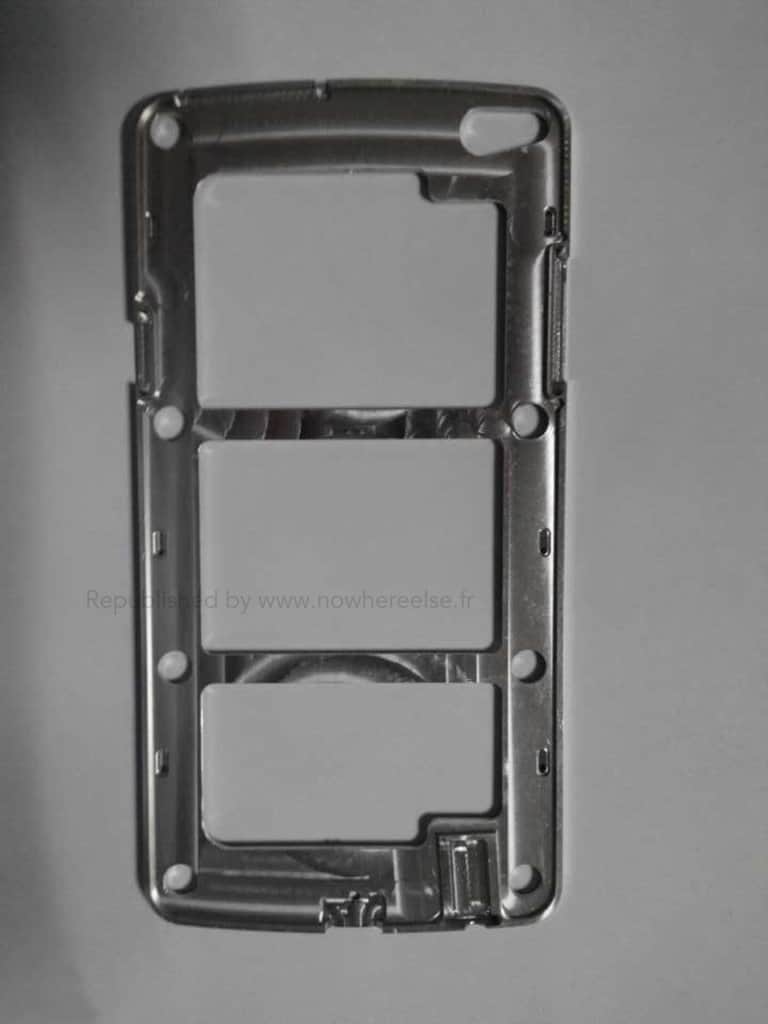 Samsung has received backlash in the past over the slick plastic housing on some its devices. The company moved to a more premium feeling matte finish for the Galaxy Note 3, but it’s still plastic. With HTC using machined aluminum for the One and Apple’s aluminum bodies for the iPhone, Samsung wants to stay competitive.

There has been quite a bit of rumor and conjecture about Samsung’s next flagship Galaxy smartphone. We began talking about what we might expect from the Galaxy S5 back in September. We’ve heard rumors about the GS5 getting an upgrade to an aluminum body because Samsung wants to make a more quality feeling device. We’ve also heard rumors about the GS5’s camera. The smartphone could have a 16-megapixel sensor, but we’re also hearing Samsung may pass on Optical Image Stabilization. We don’t know why they would do that, but we don’t know anything for sure.

We’re also seen some great concept renders of the Galaxy S5. The device specs are still up in the air, but it may come with a curved display, new 64-bit processor, and an AMOLED Display with 2560 x 1440 screen resolution. Some of the other specs that we would love to see include an extra large battery, 4 GB of RAM, that 16-megapixel camera with OIS, and a fingerprint scanner. Samsung may decide to pass on the fingerprint scanner, though. The Galaxy S5 could be announced as soon as CES 2014, although they are likely to hold their own Unpacked Event rather than announce the device at CES proper.

Check out the rest of the leaked Samsung Galaxy S5 leaked images and let us know what you think in the comments.