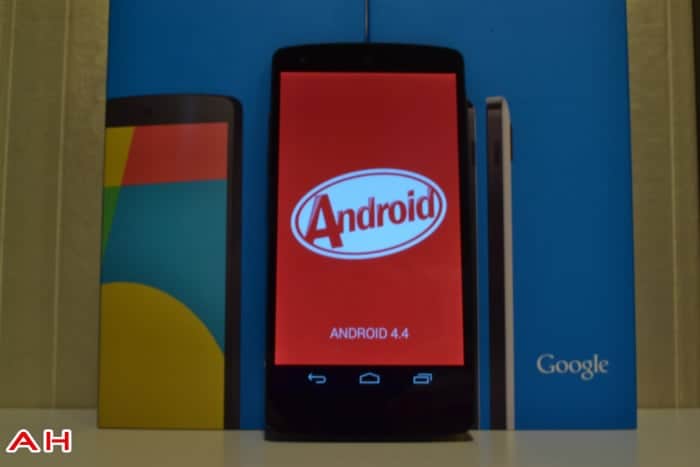 Just announced from the +Android page over on Google+, it looks like Android 4.4 – KitKat is beginning to roll out to Nexus 7’s as we speak. It’s also coming to the Nexus 10. But the Nexus 4 and Nexus 7 with HSPA+ and LTE are not yet getting KitKat. Android is stating that it’s coming soon. Hopefully within the next few days.

So finally the Nexus 5 won’t be the only device with KitKat in the next couple of day. We don’t yet see the factory images on the developers site, so we can’t just update straight from the factory image just yet and we’ll have to wait for the OTA. For those that don’t know, you can grab the OTA by going into Settings, tapping on About Phone and tap on System Updates and tap on Check for Updates. You may not be able to grab the update just yet, but get ready to spam that button.

As far as new features for KitKat on the Nexus 7, we should be seeing everything that is on the Nexus 5 that’s not specific for the Snapdragon 800 CPU. Like the new design UI tweaks which are evident on the Nexus 5. Along with the new Google Experience Launcher. Don’t forget about the new Android Runtime, which is much nicer and smoother than Dalvik, but some apps are incompatible right now, unfortunately.

So if you’ll excuse me, I gotta get back to the AH Show which is going on live right now, and go and spam my Check for Updates button on my Nexus 7 (2013). It’s great to see the Nexus 7 getting KitKat now, and hopefully the Nexus 7 HSPA+, Nexus 7 LTE and Nexus 4 OTA’s will be on the way very soon.